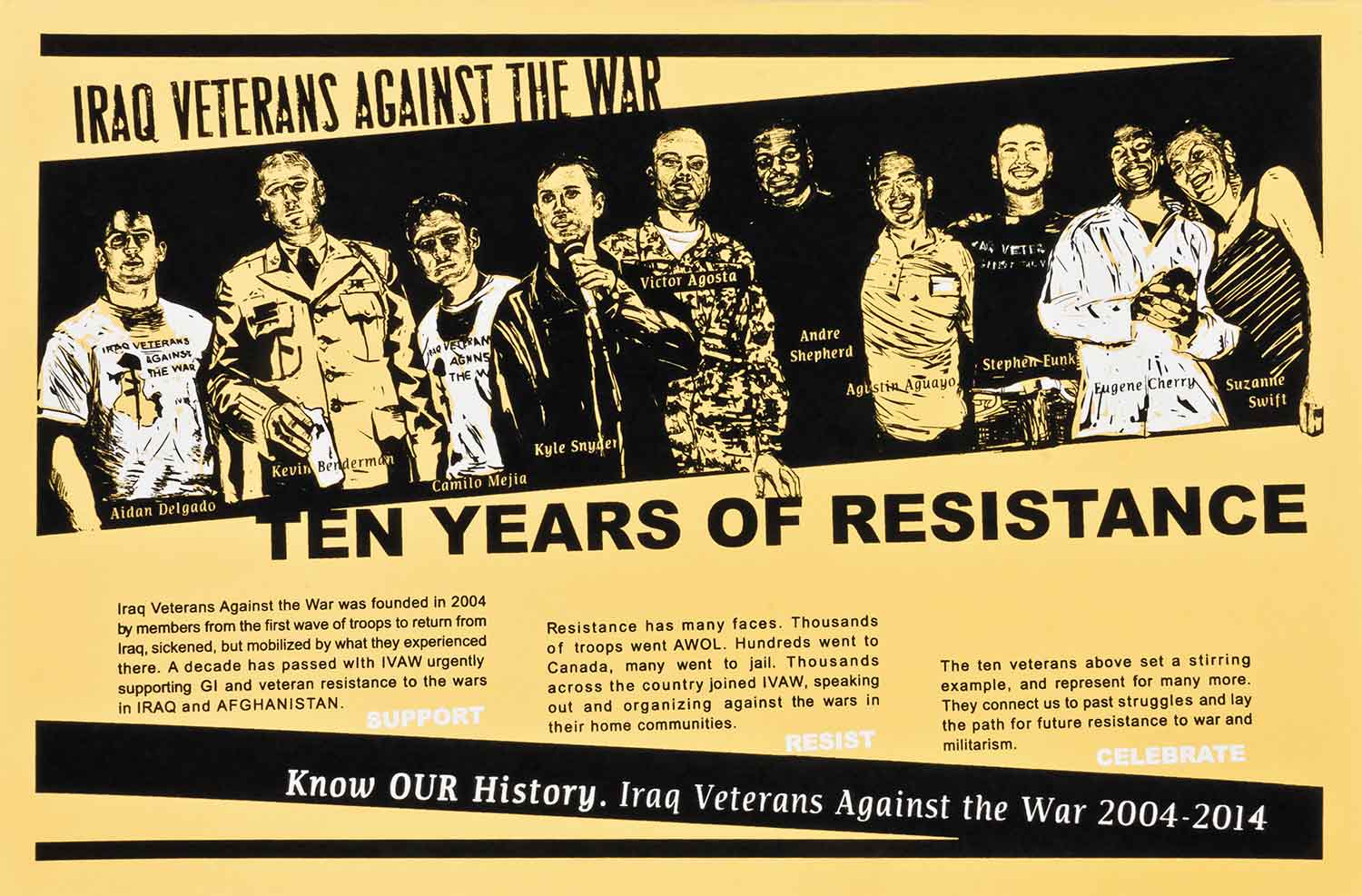 Ten resisters to the wars in Iraq and Afghanistan span the poster, standing in for all those who have resisted these wars in the last ten years. Their actions inspire us and spur us on. They were not alone; there were thousands more. Look them up, learn their stories. Our history of this decade (2004-2014) needs to be celebrated and remembered.