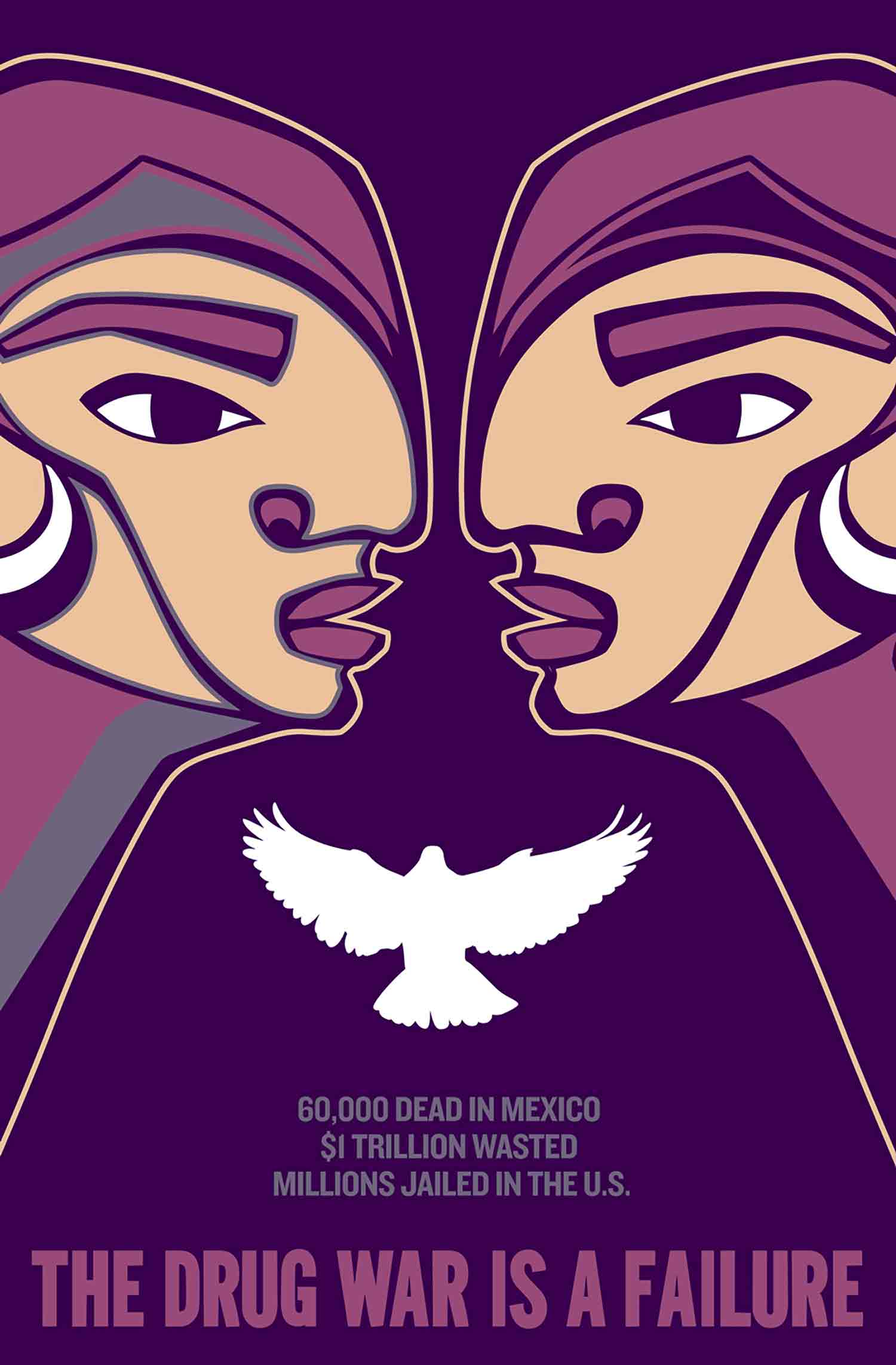 Rodriguez was inspired to develop this piece upon meeting members of the historic Caravan for Peace, a Trans-border group of mothers, fathers, children and families from Mexico who traveled around the United States to call attention to the violence in Mexico caused by the drug war. As of August 2012, more than 60,000 people have been killed in drug violence in Mexico, and over 160,000 have been displaced. The caravan was founded by poet Javier Sicilia, whose son Juan Francisco was murdered along with six friends in March of  2011. The caravan represents an unprecedented effort by Mexican civil society to impact U.S. thinking and policy, and this was precisely what inspired the artist to develop a piece celebrating this effort and calling for an end to the drug war.