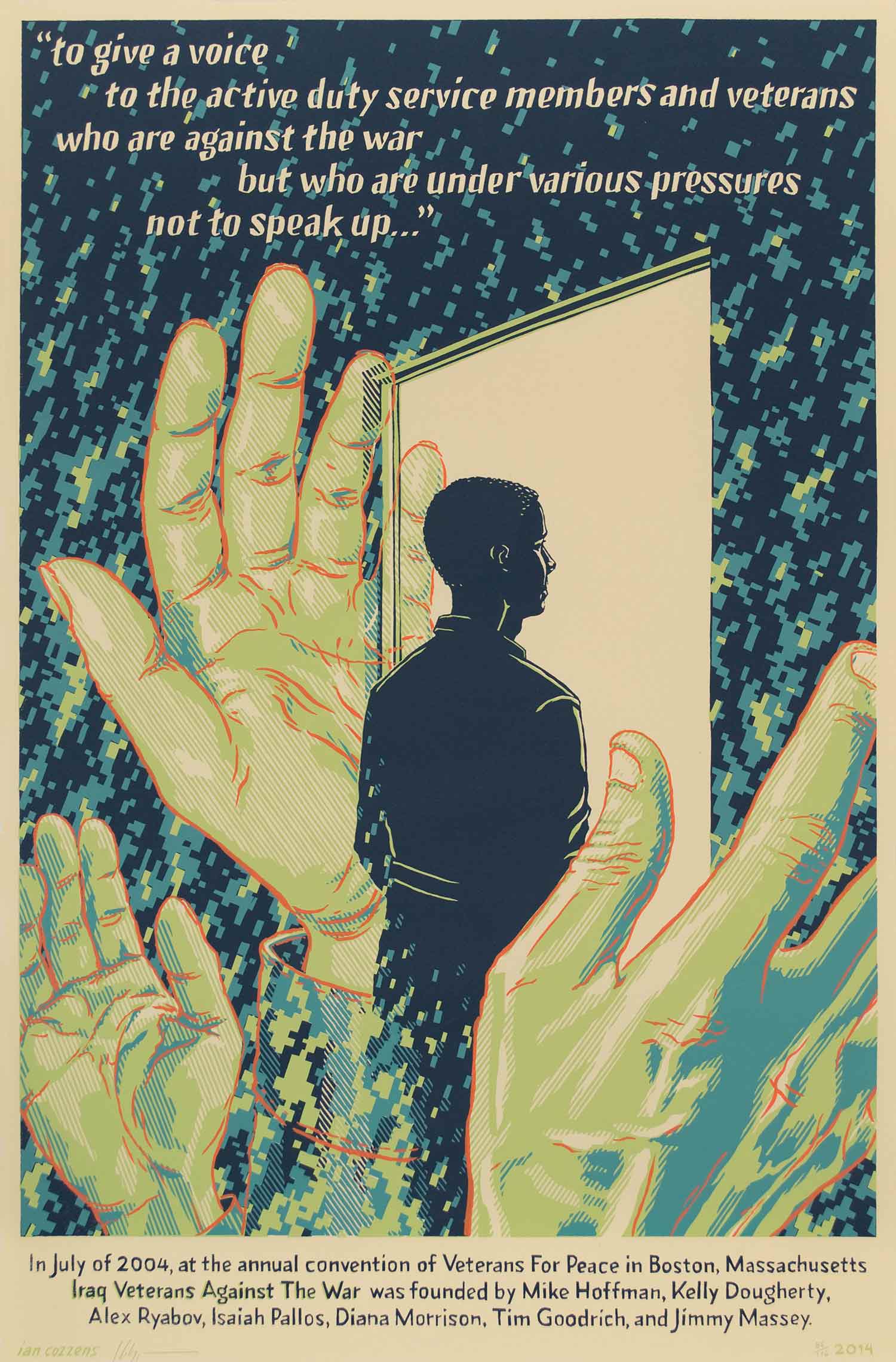 A multitude of hands are raised to protect, support, and amplify the voices of dissenting veterans and service members.The central figure stands apart, on the threshold of a brightly lit room—within the military, but looking in from the outside: unable to get on board with the totality of the armed forces’ mission and culture. The supporting hands emerge from a camouflage pattern forming the shadows in which the central figure stands—representing the military’s image and uniform as a propagandizing force, attempting to erase individuality—and, conversely, celebrates the strength of IVAW’s founders in stepping forward from their military experience to speak out against the wars and abusive military culture.

Ian G. Cozzens is a queer and trans artist, and organizer living and working in Providence, RI. Ian works on silkscreen posters; drawings of buildings, letterforms, and occasionally people; connecting people; and putting together events in Providence’s queer community.