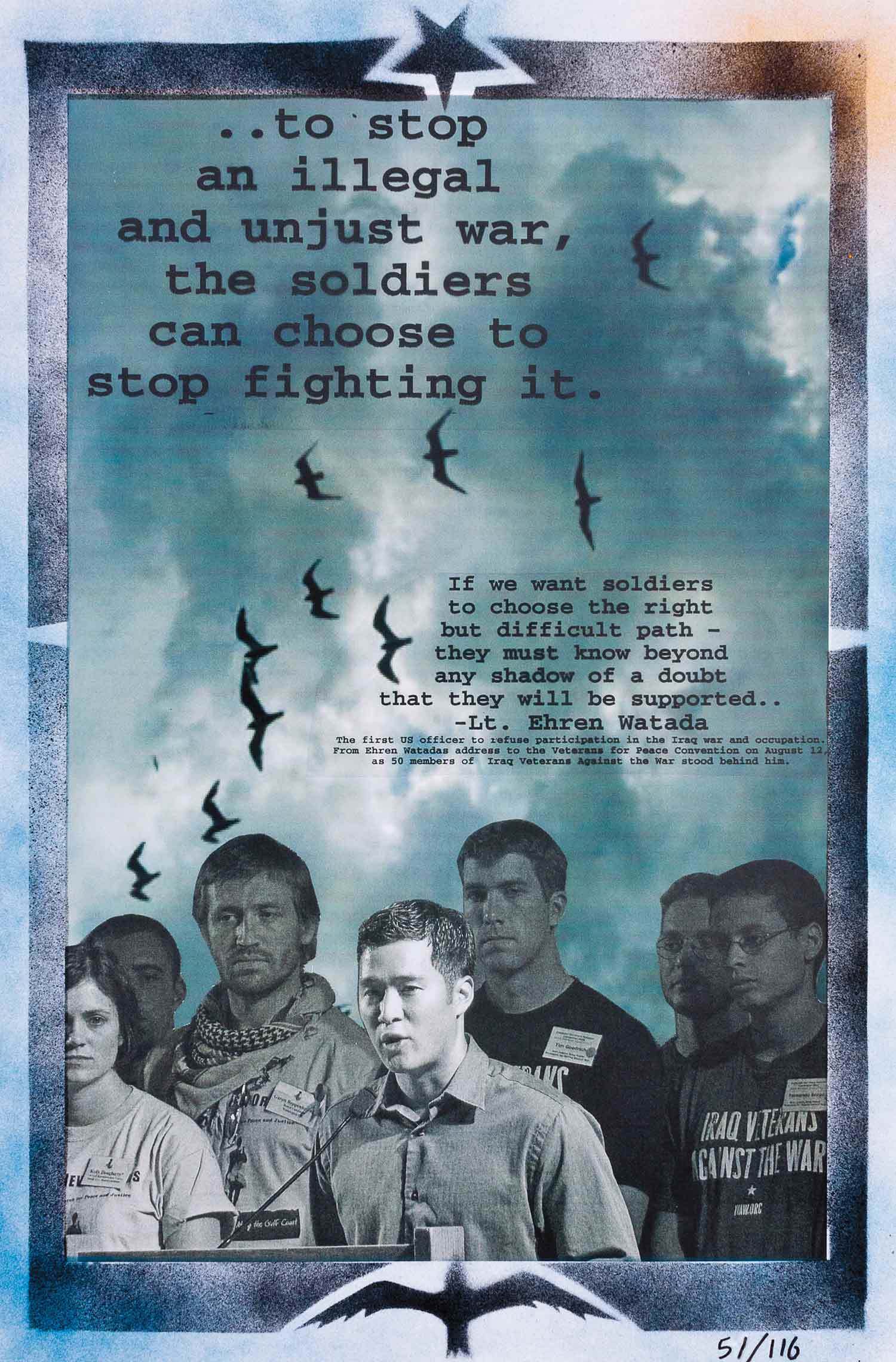 At the 2006 Veterans for Peace Convention, Lt. Ehren Watada, the first officer to refuse to deploy to Iraq, called for other soldiers to refuse illegal and unjust war, and for the public to concretely support those soldiers. As he spoke, fifty members of IVAW silently filed on stage behind him, literally having his back. That moment inspired this print.

David Solnit is an art and direct action organizer, co-founder of Courage to Resist, and co-author of Army of None living and working in the San Francisco bay Area. He supported IVAW during its largest direct action protest at the Democratic National Convention in 2008.