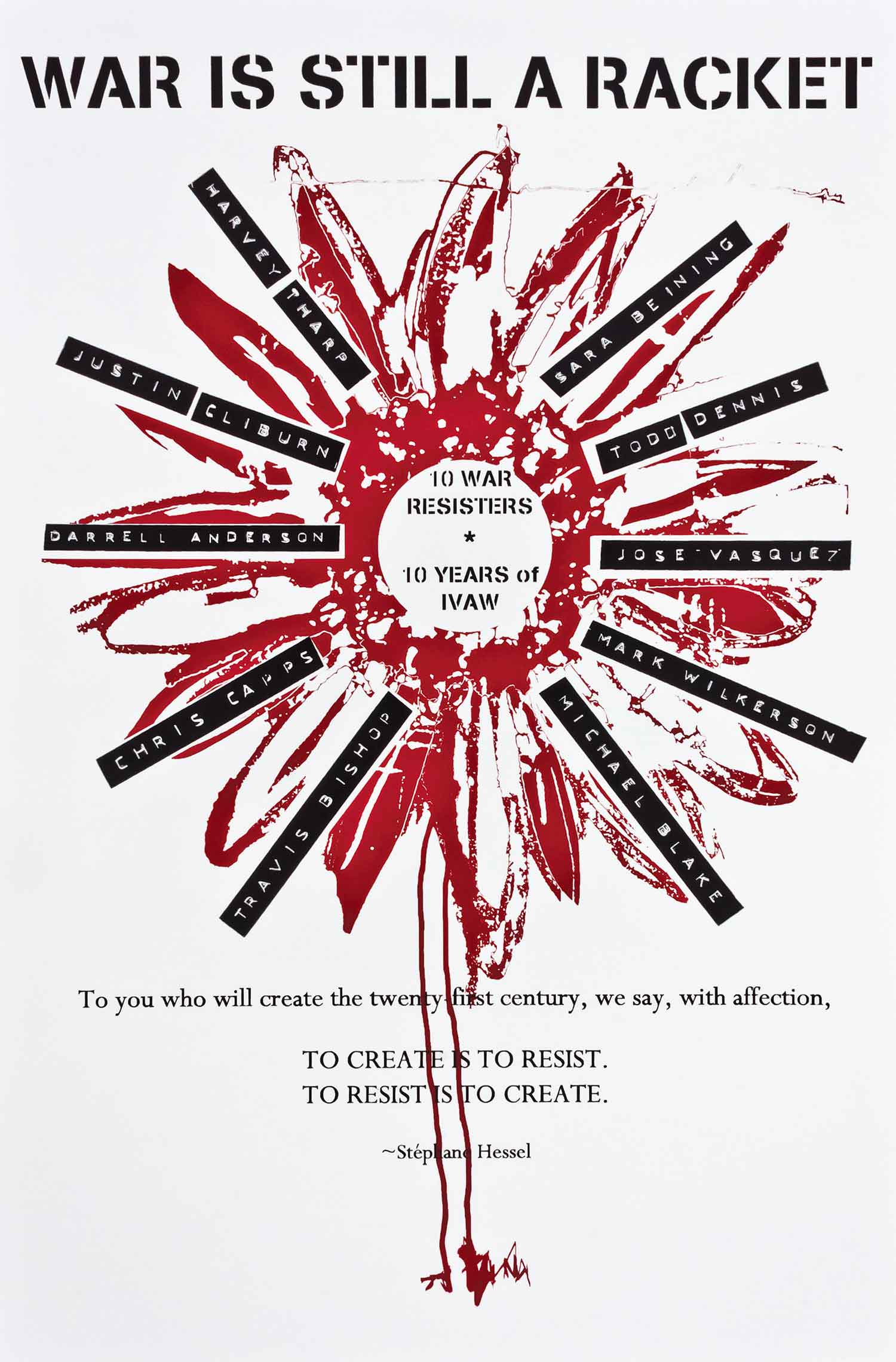 This image by G Scott Rattfield is from Celebrate People’s History/Iraq Veterans Against the War: Ten Years of Fighting for Peace and Justice, a portfolio that celebrated IVAW’s first ten years and was produced by Justseeds, IVAW, Booklyn, Repetitive Press, and the Civilian Soldier Alliance.

As the United States continues its profit-driven wars in the Middle East, more and more of the surviving soldiers and veterans are coming forward to express their dissent by revealing the massive amounts of trauma and true cost of war. Each of the ten war resisters named are icons of resistance, fighting the good fight and diligently engaging with the public to raise awareness and resist the general amnesia that is so paralyzing to the populous. The IVAW members I chose to represent in A Blossom for IVAW (Celebrate People’s History) are just a few I’ve been inspired by, as they tirelessly push forward, relentlessly devoted to the cause. Each is ultimately an icon of transgression—a testament to the intrinsic good of all people who are able to derive growth from trauma.

G. Scott Raffield is a u.S. Army veteran who served in Iraq, member of Iraq veterans against the war, designer, and artist living and working in New York.