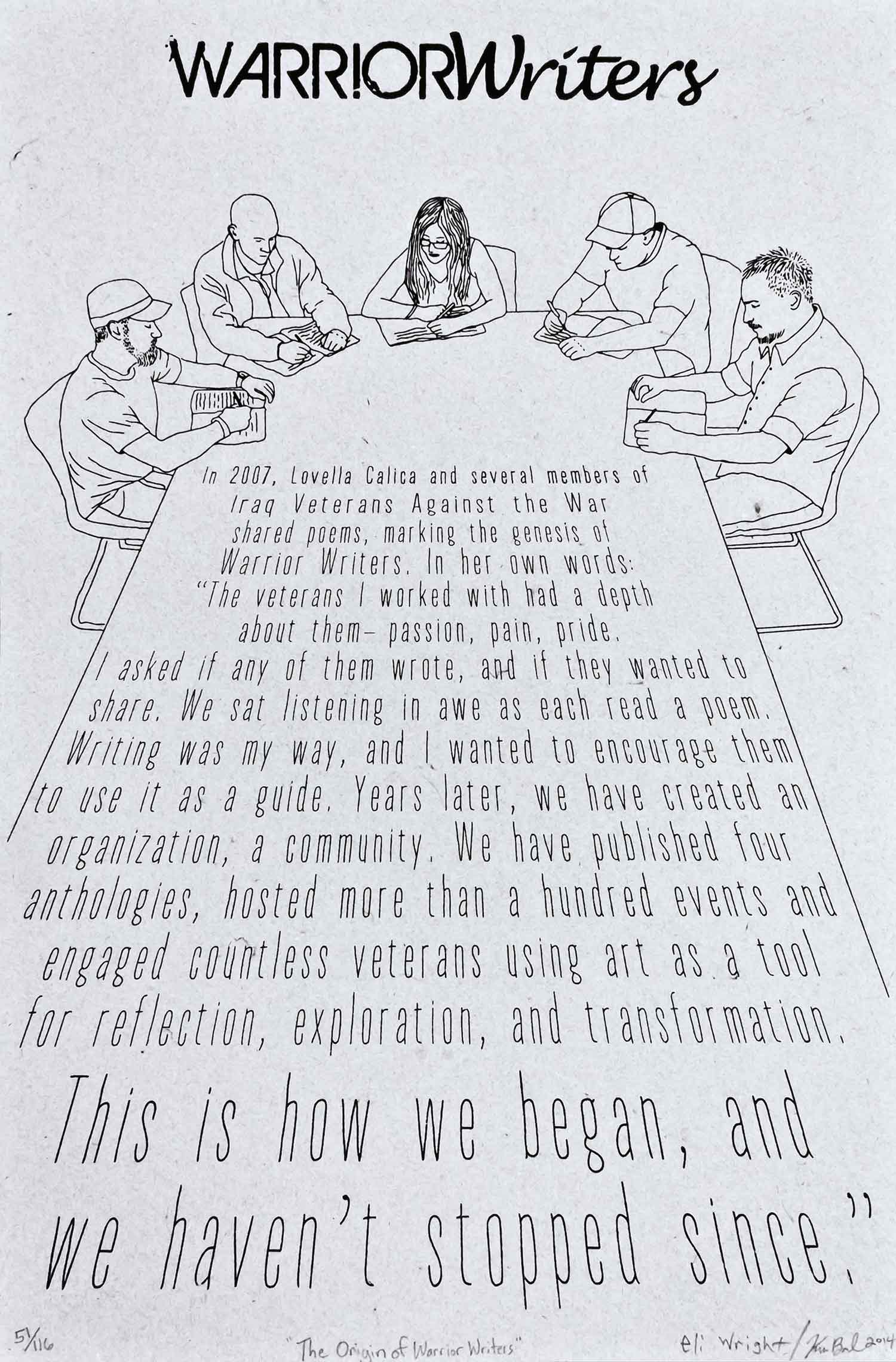 In 2007, Lovella Calica and several members of Iraq Veterans Against the War shared poems, marking the genesis of Warrior Writers. In her own words:

“The veterans I worked with had a depth about them—passion, pain, pride. I asked if any of them wrote, and if they wanted to share. We sat listening in awe as each read a poem. Writing was my way, and I wanted to encourage them to use it as a guide. Years later, we have created an organization and community. We have published four anthologies, hosted more than a hundred events, and engaged countless veterans using art as a tool for reflection, exploration, and transformation. This is how we began, and we haven’t stopped since.”

Kevin Basl is a U.S. Army veteran who served in Iraq, member of Iraq Veterans Against the War, facilitator and editor for Warrior Writers, Lead Instructor for Combat Paper New Jersey, writer, papermaker, printer, educator, and activist living and working in the New Jersey and Pennsylvania area.

Eli Wright is a U.S. Army veteran who served in Iraq, member of Iraq Veterans Against the War, Lead Instructor for Combat Paper New Jersey, papermaker, facilitator for Warrior Writers, printer, educator, and activist living and working in the New York and New Jersey area.