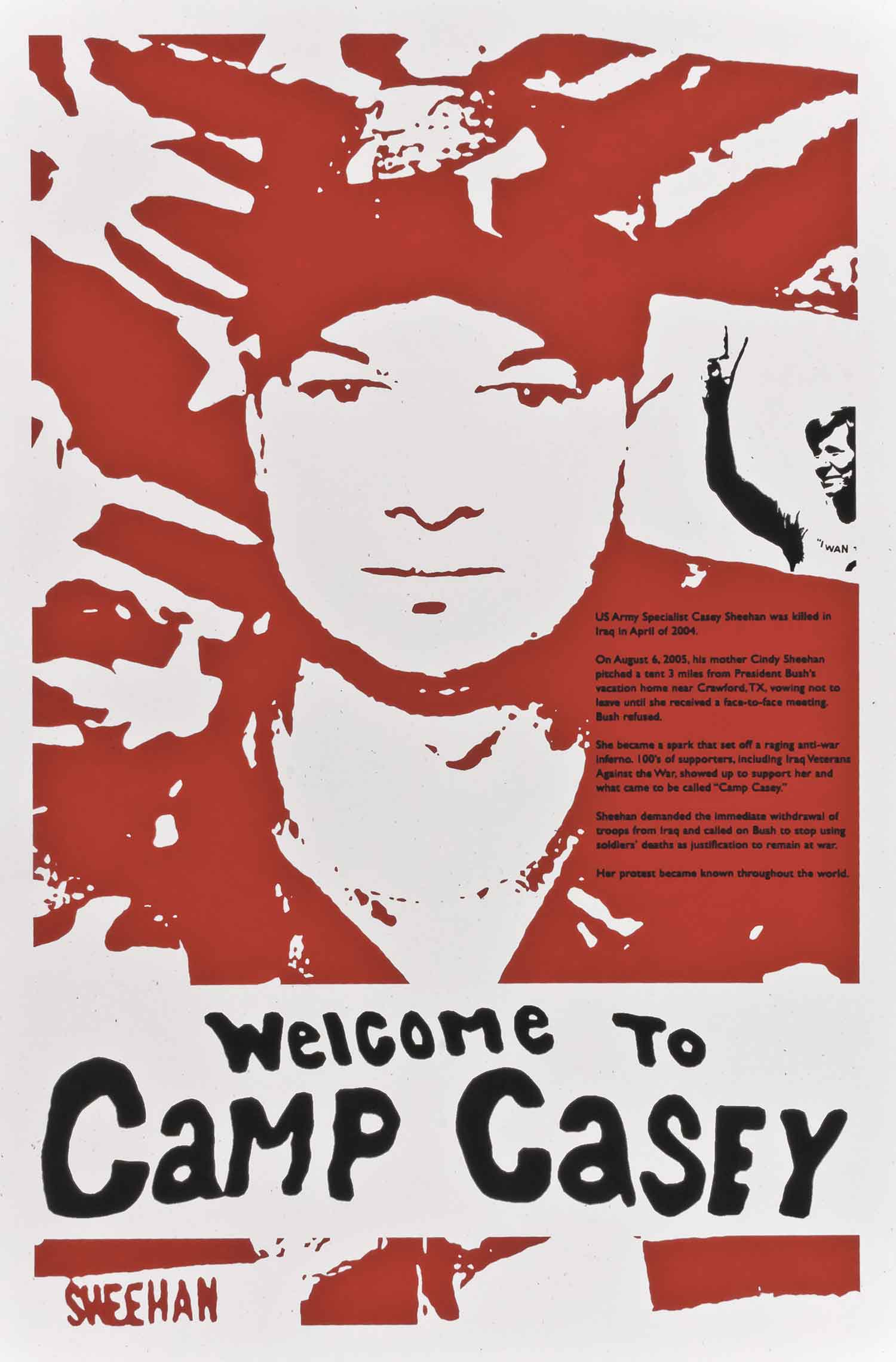 This image by Joseph Delappe and Laurie MacFee is from Celebrate People’s History/Iraq Veterans Against the War: Ten Years of Fighting for Peace and Justice, a portfolio that celebrated IVAW’s first ten years and was produced by Justseeds, IVAW, Booklyn, Repetitive Press, and the Civilian Soldier Alliance.

Camp Casey was the name given to the encampment of anti-war protesters outside the Prairie Chapel Ranch in Crawford, Texas during U.S. President George W. Bush’s five-week summer vacation there in 2005, named after Iraq War casualty U.S. Army Specialist Casey Sheehan. It was founded by Cindy Sheehan, Casey Sheehan’s mother, after she failed to get a second meeting with President Bush for an explanation of the cause for which her son, Casey, died. Having been turned away, she pitched a tent by the side of the road and announced her intention to stay, day and night, for the full five weeks or until such a meeting was granted. She was joined by hundreds of supporters including members of Iraq Veterans Against the War.

Laurie Macfee is a writer, artist, and educator currently finishing her first poetry manuscript. She is interested in the intersections of visual and written language, the semiotics of how we process. She has collaborated with DeLappe on multiple projects, including creating a 5,000 photo archive of his project Mapping the Solar. 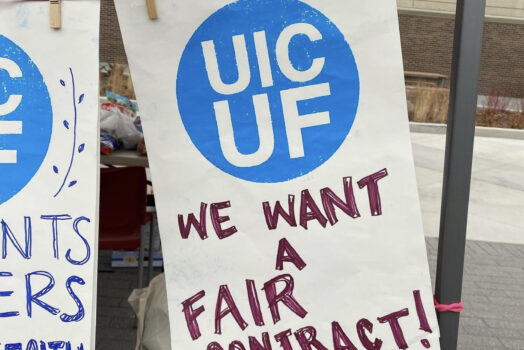