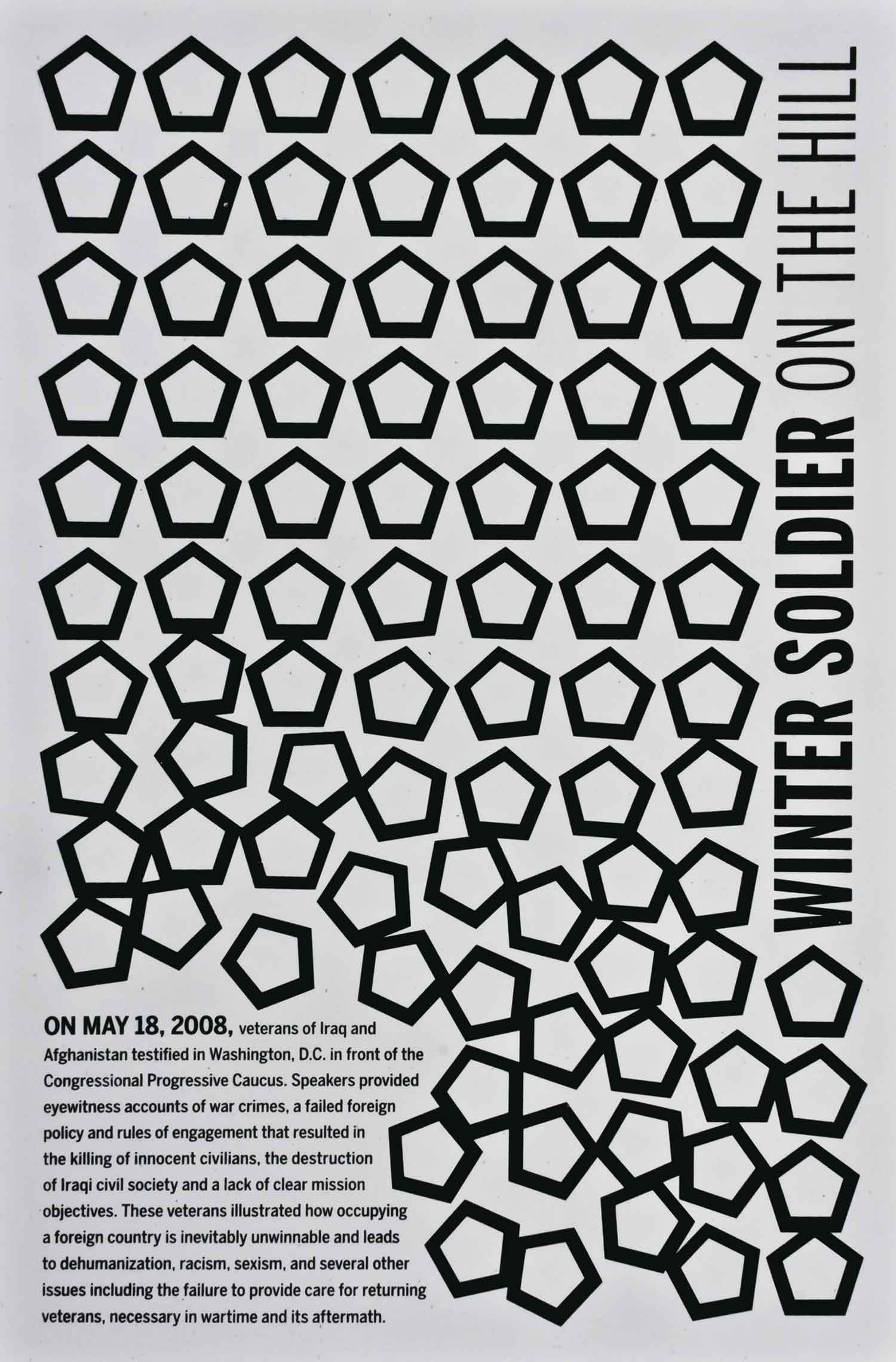 Winter Soldier On the Hill was visualized as a disruption of the dominant and nationalist narrative regarding the U.S. invasion of Iraq. The pentagon pattern acts as a stand-in for an official narrative of the state, what might typically be said “on the hill.”

Becky Nasadowski is a graphic designer living and working in Austin, TX. She has worked with IVAW and Warrior Writers on their second anthology, in 2008.

Heath Schultz is an artist, activist, and writer living in Austin, TX.