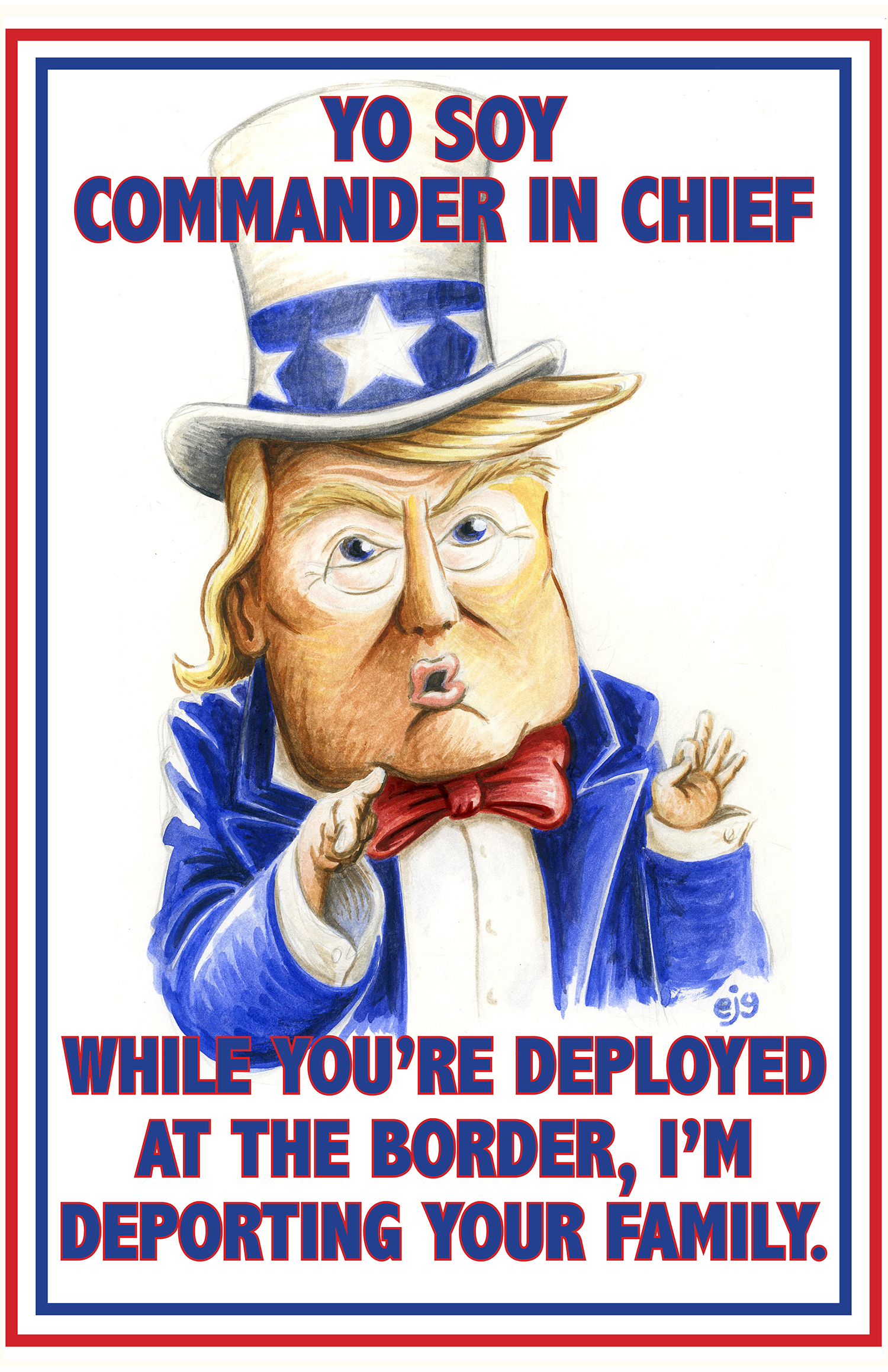 As the military focuses on recruiting more minorities the government deploys service members to the boarder and increases deportations.  When making this design Eric J. Garcia referenced the article “Deported U.S. Veterans Feel Abandoned By The Country They Defended” by Maria Ines Zamudio.

A Mexican native, Pérez, 41, grew up in Chicago. He enlisted in the military and served two tours in Afghanistan. When he returned home, he struggled with post-traumatic stress disorder or PTSD.

Those struggles led to a drug-related conviction that landed him in state prison for seven years. While there, he received treatment for his condition, both therapy and medication. But that conviction also triggered deportation proceedings. After a year in an immigrant detention center, Pérez was deported to Matamoros, Mexico.

Eric J. Garcia blends history, contemporary themes and a graphic style to create politically charged art that reaches beyond aesthetics. To see more of his work and follow him visit his website: www.ericjgarcia.com