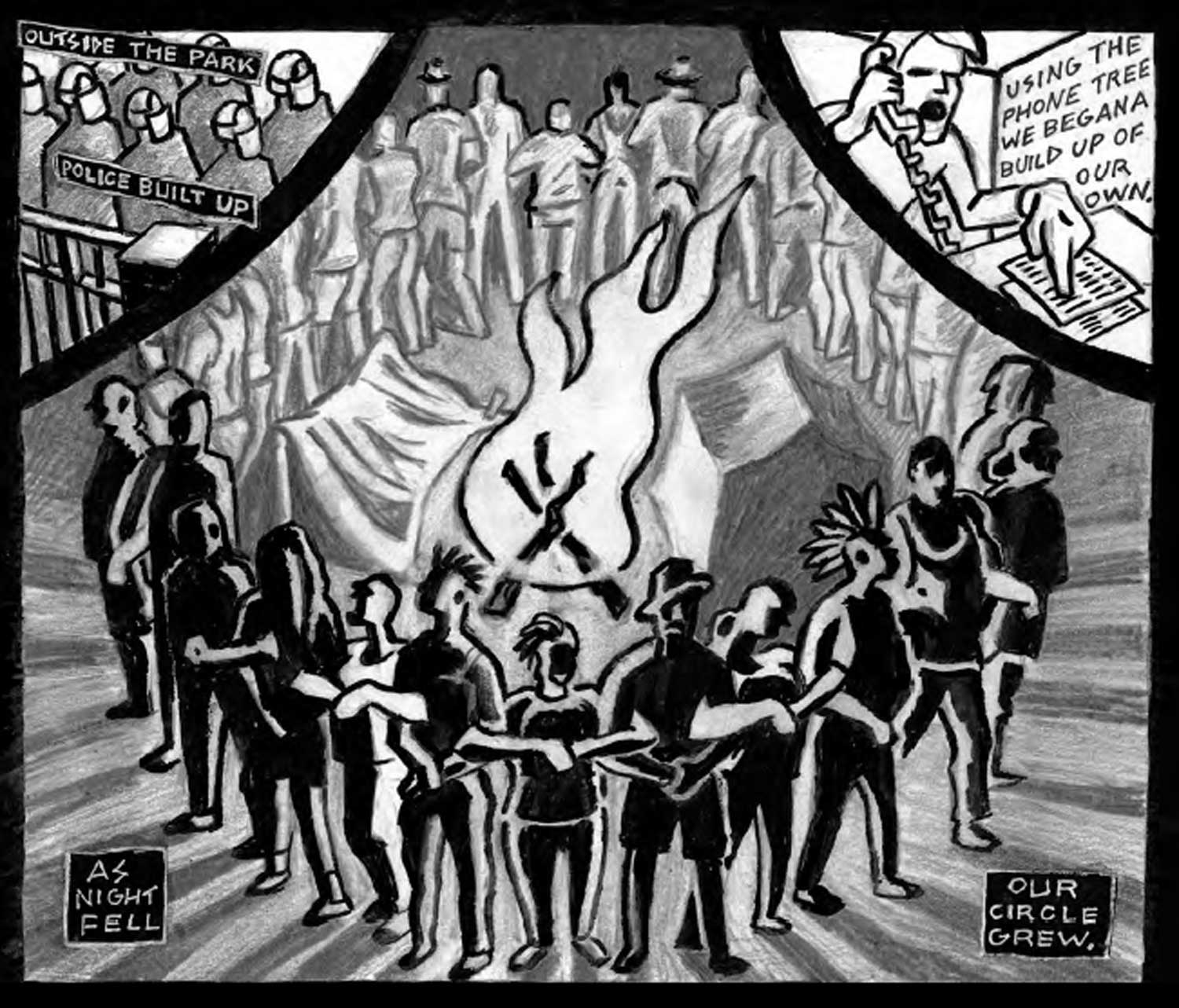 After being out of print for almost 20 years, Ad Astra Comics is reprinting Seth Tobocman’s seminal Lower East Side squatter graphic novel War in the Neighborhood. I remember getting a copy of this when it originally came out in the mid-90s, and it blowing my mind. It the first 300+ page graphic novel I had ever read that was based in—and about—a culture I was connected to, and about people that, even if I didn’t know them, were familiar and just like people I knew. Plus the actual style of the comic evolves and changes as you read, weaving in and out from solid, graphic, and stark black and white to shaded pencil drawings—unlike almost every other finished publication, Seth made the interesting decision to leave different parts of the book illustrated and finished in different ways. Here’s what Ad Astra has to say about it:

War in the Neighborhood is 320 pages of largely unheard history. First published in 1999, WITN is a story about smashing cinderblocks, filling in the cracks and finding our future in the rubble. It tells the story of New York City’s Lower East Side in the late 1980s, when it came under attack by wealthy developers, cynical politicians and that special kind of daring yuppie who thinks that gunshots in the night are a sure sign of a hip ‘hood. The panels may be black and white, but the moral questions raised in the comic are anything but. It may be hard to imagine that a story set at the end of the Cold War is relevant to struggle today. The history of social struggle, however, repeats itself. The lessons contained in ‘War in the Neighborhood’ have echoes in Occupy, Black Lives Matter and other 21st century social movements.

You can both get a copy of the book (which has been quite difficult to do since it went out of print almost immediately upon initial publication), and support the campaign to republish on the crowdfunding/preorder page. Help Ad Astra Comics get this thing back out into the world. It’s a great book, and it deserves a new audience.