I was recently in Berlin with my partner, and we got to catch the awesome Hokusai exhibit at the Martin-Gropius-Bau museum. Which according to what the people in the museum said, “the works of the master print maker had never left Japan before”.

For those who don’t know who Hokusai is, might be familiar with his famous depiction of a wave. And an innumerable amount of amazing woodcuts that shaped printmaking as we know it today.

The exhibit is composed of hundreds of works by Hokusai under different aliases through out his career, he passed on some of those aliases to his apprentices. I was so impressed by the quantity, quality and implicit humor of his work; his woodcuts, illustrations, paintings, and illustrated books.
Being a printmaker myself I had always wondered how these printmakers were able to achieve such precision and perfection in their multiple color prints. It was such an amazing opportunity to see these works in person and learn more about the history of the Japanese tradition of woodcuts.
Although, what was most exciting for me to see was a one-time live demonstration of one of Hokusai’s woodcuts be printed by a printmaker from The Adachi Institute of Woodcut Prints. The Insitute is devoted to preserving the tradition of Japanese printmaking.
We spent an hour closely watching a young Japanese woman meticulously print “the Wave” by hand with all of its colors and layers.
It was really interesting to me to see that the inks used are thin watery inks applied with a brush, as opposed to the thick oil based inks applied with a roller that we mostly use in Mexico.
The demonstration of course was explained in Japanese and German so I wasn’t able to get most of it though I did stay afterwards to chat with the printer and I got to hold the print in my own hands!
If you are near Berlin and into printmaking don’t miss this show. 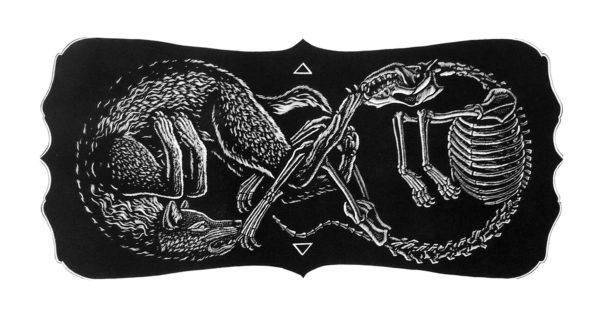