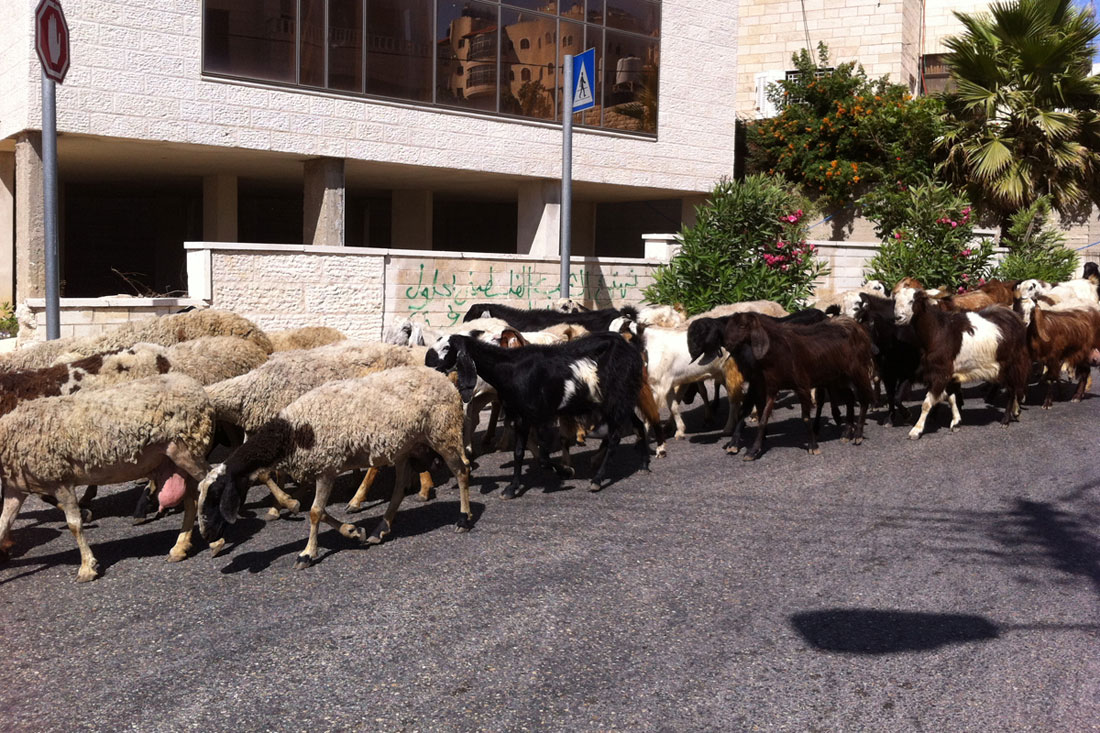 I’m not a huge reality TV fan, and although I’m vaguely aware of the show American Idol, I had no knowledge of its Middle East equivalent—Arab Idol. Turns out that the night I arrived in Jerusalem was the season finale, and a young Palestinian singer from Gaza—Mohammed Assaf—was crowned the winner. And people love this guy! I mean screaming, shouting, fireworks, folks flooding the streets in celebration-type love for this guy, because he’s repping Palestine. About ten days later he’s playing a concert in Ramallah, and the traffic is insane (likely even more crazy than it was a couple days before when John Kerry was in town). I’m hanging out with my friend Charlie from Chicago (who now lives in the West Bank) and all the sudden a black jeep comes screaming straight at us from a side street, with four cops hanging out the windows making frantic “push back” motions with their arms. No sirens, no lights, just flailing arms in uniform. Behind the jeep are two all-black SUVs and a sleek town car, housing none other than Mohammed Assaf.

We barely survive that high point of traffic coordination only to get stuck in increasingly congested concentric circles of cars. Peeling off onto a side street, we barely get moving before a herd of goats almost runs us down. They’re just padding their way down the center of the street, bumping into the car, and surrounding us on all sides. High-rise glass and sandstone luxury hotels are pushing up all around us while goats are nipping at our feet. Ramallah is a wild place.

We take a break from fighting the traffic to get a sweet, Konafa actually, an amazing pastry-type snack which is like a sweet semolina pizza with a layer of gooey and delicious cheese on the bottom. It’s famously the best in Nablus, but you can find a pretty good slice in Ramallah, too. We were barely back on the road when we almost get plowed into by Assaf’s ragtag entourage again!

I wasn’t in Ramallah or the West Bank long enough to make any meaningful pronouncements about it, but there is something strangely compelling about a place that doubles as a small town and a giant construction site. It’s hideously neoliberal, yet also so amazingly in motion, growing, changing, becoming something new every day. While seemingly trying to hide it, the growth also shines a spotlight on a parallel growth in economic inequality, which is of course laid on top of the astronomical inequities imposed on Palestine by Israel.