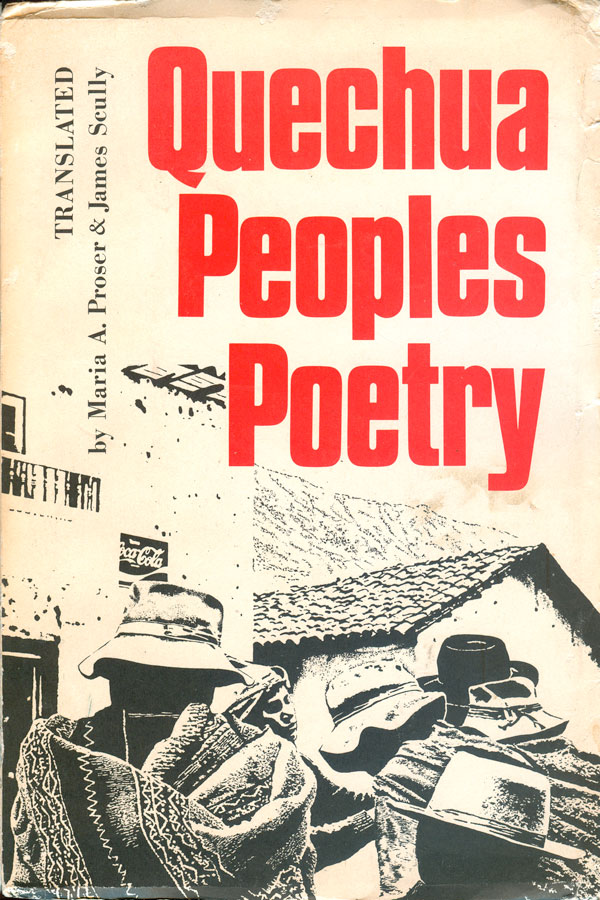 Curbstone was not just an independent poetry press, but it’s core mission was political, to publish and bring awareness to culture as a tool of struggle in Latin America. One of the most beautiful covers published was to an anthology entitled Quechua Peoples Poetry, translations of dozens of poems originally composed in the language of the Indigenous peoples of the Andes. The cover is a wrap around set of images and texts designed by Judy Doyle and James Scully, with strong photo-based illustrations of Andean life offset by the title in bold, powerful red type. The long-format French Folds make for a long, landscape surface, which looks great when completely unfolded.

Beyond Roque Dalton, one of the most important Latin American authors Curbstone published was Claribel Alegría, who was born in Nicaragua and grew up in El Salvador. Much of her fiction focuses on her experiences in both countries, but she also writes about the experiences of the Left across Central and South America. Much of her work was translated into English and/or written alongside Darwin Flakoll. Curbstone published over a half dozen books of their work. One of my favorite covers is for their collection of guerrilla poems from El Salvador, On the Front Line. The cut-paper-style cover was designed by Barbara Byers. Many of the covers are much more rudimentary, which is common with Curbstone. They didn’t appear to have a consistent designer, so the quality of the covers is extremely erratic. Many are impressive and show a really strong design sense, sometimes professional, other times naive. But just as many covers are relatively dull and lifeless. In the mid-1990s Curbstone published a duo of South American guerrilla “true-crime” novels by Alegría and Flakoll. Constructed into highly readable narratives from interviews with multiple participants, The Death of Somoza told the story of the execution of exiled Nicaraguan dictator Anastasio Somoza in Paraguay by an Argentine guerrilla unit, while Tunnel to Canto Grande tells of the daring prison tunnel escape by Peru’s Tupac Amaru guerrillas. Both covers are on the more sophisticated end, designed by Les Kanturek. This is the peak of Curbstone’s publishing and distribution, with the success of Martín Espada’s poetry and the Poetry Like Bread collection, so they might have had the budget to pay trained designers. Family Album is an Alegría novel from 1991, so a bit earlier, and you can see how much more raw it is. Teresa de Jesús’ De Repente/All of a Sudden is from a much earlier era (1979), and has really sharp poetry chapbook design. The colors are bold, the type is hand-designed, and the inside has the special touches which can really set a design apart. Although the majority of the book is printed in black on white paper, the front spread has a repeat of the cover sculpture printed on blue paper, and the title page is printed in pink. The cover design and imagery are attributed to “Jeffoto.” The sculpture also echoes the one on the cover of James Scully’s Santiago Poems, the first book Curbstone published (in 1975). The design had another peak in the mid-80s, with the cover to Otto René Castillo’s Let’s Go! The cover is printed in three colors (red, yellow, and black) on raw cardstock, and the design, imagery, and print quality capture the insurgence of the content, guerrilla poetry from the armed struggle in Guatemala. Like the cover I started with today, poetry is once again used as a visual design element, and just as effectively. Because the poetry here is pushed to the back by the column of soldiers, it becomes a foundation for the action, not the foreground. Justseeds at the LA Art Bookfair

Starting tomorrow night (1/30) Justseeds will be tabling at the Los Angeles Art Bookfair! Come say “HI” to Meredith and Josh, and check out what looks to be a great… 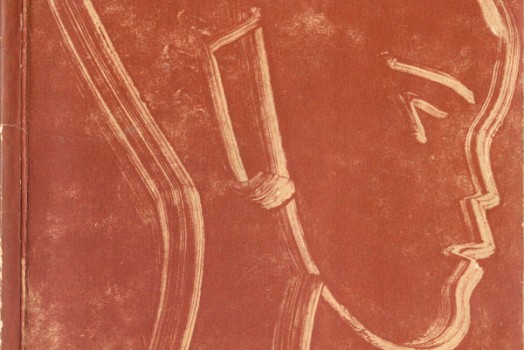 The Penguin African Library (see HERE for earlier cover posts) was the brain child of Ronald Segal, a Jewish South African who grew to despise the Apartheid system and organize…

Print Art and Revolution in Mexico

Poster historian and archivist Lincoln Cushing has written a great review of a new book on the Taller Grafica Popular (TGP). The review, published in A Contra Corriente journal, can…

Jared Davidson from the Garage Collective in New Zealand has created a poster for a local protest in Christchurch, NZ. He’s also been blogging about the NZ response to Gaza…