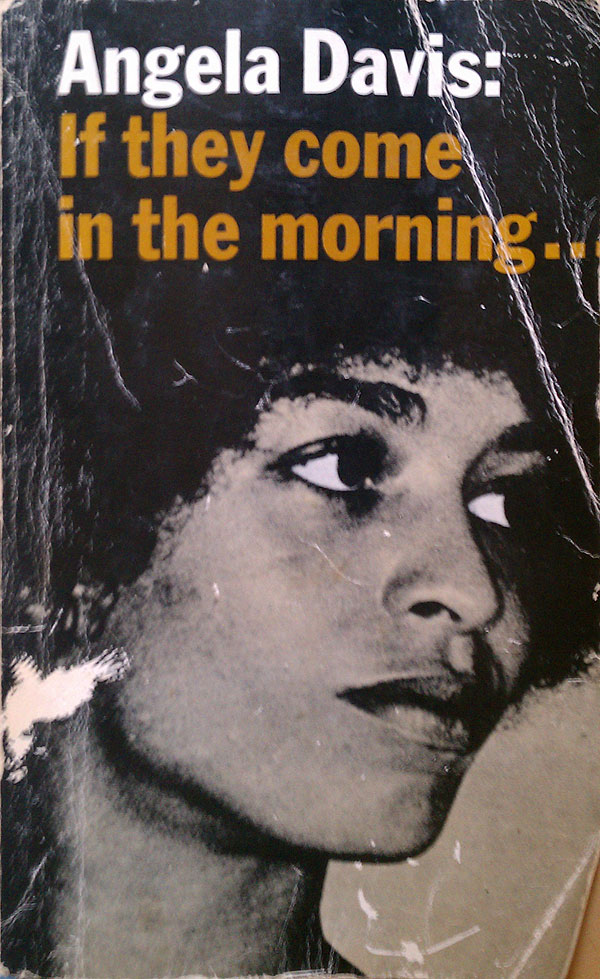 Well, I have to say, I’m pretty excited that I’ve now done a full year’s worth of “Judging Books by Their Covers” blog posts! Week 52! In what has otherwise been an insane and erratic year, this blog has been one of the only consistent things in my life. I feel pretty damn accomplished!

As a bit of a celebration, I’m going to chill out for a couple weeks and rather than dig up a bunch of new subjects (plenty of which will be coming during year 2!), I’m going to go back over the past year and fill in some things I missed. Throughout the year, as I’ve been collecting new covers, I’ve come across a whole selection of great ones that fell through the cracks. Submitting to my completist tendencies, I’m going to fill in some of these gaps.

I’ll start with the prison series, and in particular the political prisoner book covers. While at my friend Amadee’s house awhile back I stumbled across a nice UK paperback edition of Angela Davis’ If They Come in the Morning, her edited collection of writings about political prisoners from the early 70s. In many ways it echoes the US covers (which you can see in the week 43 post HERE), but the close up on the face with the full bleed is more inviting, and the simple sans serif title in orange and white is efficient and convincing. I think it is the most effective and least dated of the 3 covers.

I’ve also found eight more George Jackson covers! I still can’t track down the damn cover to the first US paperback edition of Blood in My Eye (Random House, 1972, I think . . . anyone out there got one? Send me a picture of the cover!), but I dug up these French and Italian editions. The cover of the French (Gallimard, 1972) pulls one of the photos from the shoot for the cover of the US edition (missing from here, per above), and gives it the 70s political art treatment, boosting the contrast and flattening out with fields of color. The light blue really jumps, and makes up for the relatively dull titling. The Italian edition (Einaudi, 1972) follows a much more subdued, continental design, with the small red square standing in for both blood and the eye. It’s actually quite nice. Below is a more recent Italian edition of Blood in My Eye (Agenzia X, 2008), this time taking advantage of the graphic work of Black Panther artist Emory Douglas to create a catchy cover. Next to it is the embossing on the cover of the hardback Spanish first edition of Soledad Brother (Discolibro, 1972), a clean and simple fist and broken shackle. Here are a couple more Soledad Brother editions. In Germany the book was released under the title In die Herzen ein Feuer (In the Heat of the Fire) and below are the hardback (left) and paperback (right) covers. The slipjacket of the hardback fits the mold set by other Jackson covers, his face made bold and graphic, but this time on a red background. What is slightly unexpected is the levity on his face, matched by the yellow italicized Cooper Black title—much more comic than other versions. The paperback is dry, a big black box being the primary graphic element. Jackson’s first name dropped in at the bottom of the box is the only somewhat interesting element, turning “George” into a giant top hat perched above “Jackson.” Also a first edition, in pamphlet form, of Comrade George by Eric Mann. The 2nd edition, published as a pocket paperback, can be seen in week 44 HERE. This earlier edition is limited by its production values. The montage of images could be striking, but they get bogged down in the flat and murky brown ink on raw, brownish paper. Next to it is a copy of a Spanish songbook of Bob Dylan songs, titled after and featuring the song he wrote the day George Jackson was murdered in San Quentin. The cover is great, the image of the face is arresting, its boldness tempered by the rough hewn feel of the skin. Next week I’m going to fill in the gaps in the Cienfuegos Press book covers (the non-Flavio Costantini designed ones I skipped the first time around back in weeks 6,7, and 8) and show off some newly found covers of New World Paperbacks I picked up at a handful of used bookstores and found online. Stay tuned!

I met Marx, Lenin, Trotsky, Engels and Mao when I entered prison and they redeemed me.

—
So AWESOME to have come across your site.. 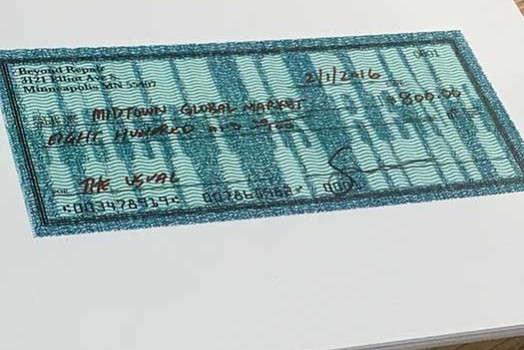 Rent Checks for Beyond Repair

Sam Gould, one of the organizers of a new community art space and print shop in Minneapolis called Beyond Repair, recently asked me if I would help launch their new… 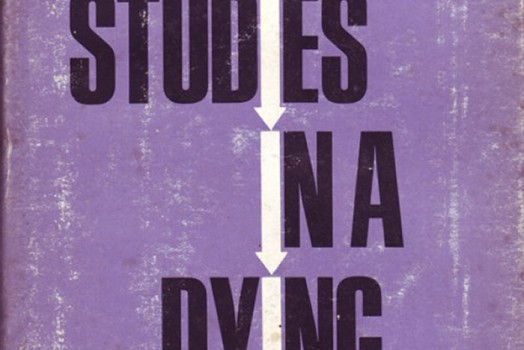 The second book written by Fanon was A Dying Colonialism. The book was originally published in 1959 by Maspero in France as Year Five of the Algerian Revolution, then later…

The folks at Occupied London have set up a site for some comrades in Cairo to post on-the-ground updates about what’s going on in Egypt. There are also a bunch… 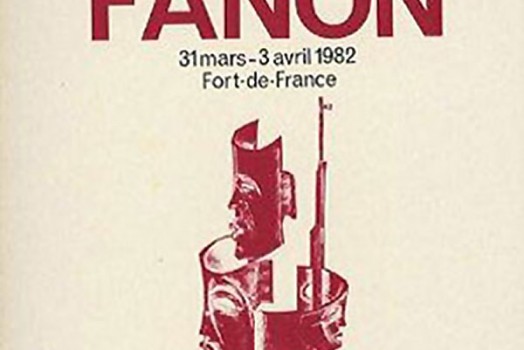 Now that I’ve gone through all the Fanon titles proper, here is a collection of strange odds and ends, books that contain Fanon’s writing, but aren’t standard editions. To start…