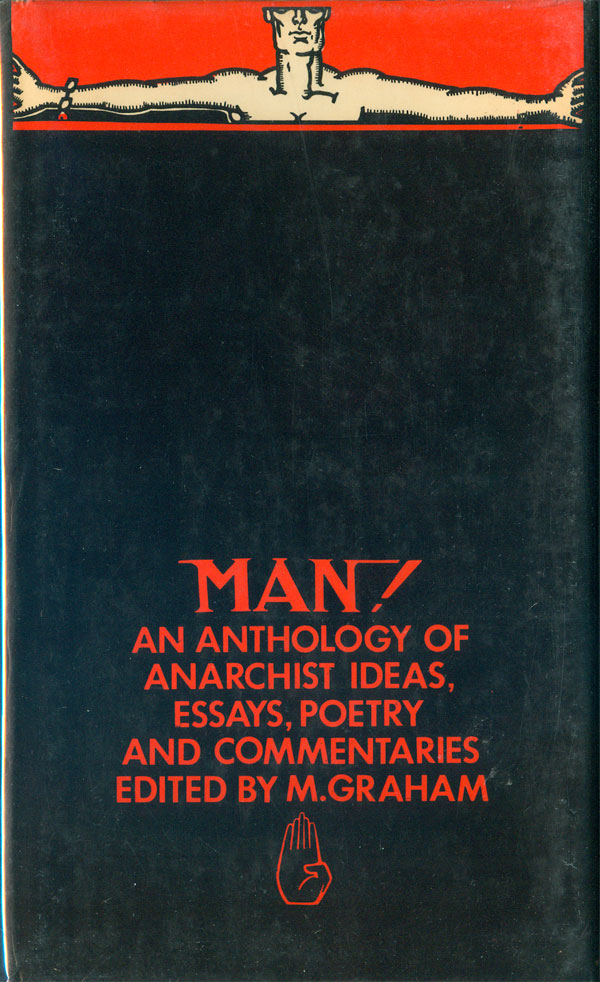 OK, now turning the corner on the follow-up posts and into new material, this week I’m going to look at the covers of the British anarchist publisher Cienfuegos Press, which existed from the mid-70s through the early 80s. About half of their covers were designed or illustrated by the Italian artist Flavio Costantini, and I featured all these covers back in posts #6-8 (see HERE, HERE, and HERE). I’ve tracked down most of the rest of their covers, and will spread them out over this week and next. In general Costantini’s work was the best, and gave the press a real consistent feel that I still associate with late 70s UK anarchism, but there are some gems in the other covers. Case in point is the cover to the left, for Marcus Graham’s anthology culled from his publication MAN! The figure at the top has seemingly pushed open the visual field on the cover, revealing a giant swath of pitch black, with the title illuminated in red. The bold confidence of creating an almost entirely black cover is impressive. I believe this is only the second book published by Cienfuegos, in 1974.

Cienfuegos published a series of five pamphlets under the imprint New Anarchist Library, with the artist/designer Les Prince taking over the design of the series. I’ve collected four of the five, which are below (the fifth, Charlotte Wilson’s Three Essays on Anarchism, has escaped me so far, but I’ll track a copy down soon). Joseph Lane’s Anti-Statist Communist Manifesto is NAL #1. The cover is pretty intense! Politicians and royalty climb steps up to a guillotine while parliament and Big Ben burn in the background. The 3 spot-color printed cover adds to the effect, with deep, saturated, and overprinted reds, oranges and browns. NAL #2 is The Friends of Durruti Group’s Towards a Fresh Revolution. The cover follows the same basic format as the Lane pamphlet, but is more graphically conventional, with a red and black flag breaking up, and birthing the word “revolution” from the title. NAL #3 is Emma Goldman’s A Woman Without a Country was published in 1979 and has a nice originally illustration on the cover by Les Prince. The same photos of Emma circulate so much that it is refreshing to see an illustration on the cover instead, and the type-treatment gives it a nice old-timey feel as well. NAL #5 is Albert Meltzer’s Anarchism: Arguments For and Against, published in 1981. This is the least interesting of the series, and seems a bit like it was called in at the last moment. The quick illustration of two blobby figures arguing is entertaining, but doesn’t tell us much about the book. While artists and designers like Costantini and Prince created some great covers, there are a number of Cienfuegos books that definitely could have used a designer’s hand. Even if Stephen Condit’s Proudhonist Matrialism & Revolutionary Doctrine sounds like the most boring anarchist book published in 1982, the cover didn’t have to seal the deal. I suppose it references old Freedom Press titles with the simple single font and thin line border, but it’s not enough to be interesting. Meltzer’s A New World in Our Hearts: The Faces of Spanish Anarchism is a different kind of disaster. The cover is attributed to Les Prince, but has none of the deftness of the NAL series. The illustration is awkward and awkwardly placed, almost swallowed by the white space around it. The subtitle “Faces of Spanish Anarchism” is also done a wrong with the straight representation of classic looking militia men and women, flattening the complexity of the people that made/make up Spanish Anarchism. The rounded serif font doesn’t help by lending a somewhat cartoon-ish feel to the whole operation. On the subject of Spain, Souchy’s With the Peasants of Aragon (1982) has some of the same problems as A New World, but pulls it off, largely because the solid blue background is much more eye-catching than the white of Meltzer’s cover. The illustrations, by Selma Bluestein, are also charming in their simplicity, and deeply reminiscent of the drawings of Diego Rivera.

And finally, for this week, a 1981 pamphlet by Daniel Guérin, Anarchism and Marxism. This cover is simple and effective, red printed on yellow paper is almost always stunning, and the black title is nice dumped straight on top. This is was designed by Colin Badminton and printed by the Belfast Anarchist Collective. And to give credit where credit is due, the most complete bibliography on Cienfuegos press is a booklet entitled Islands of Anarchy by John Patten, and published by the Kate Sharpley Library (KSL) in 2003. It is a great resource, and I have used it when the books and pamphlets themselves failed to attribute dates, designers, etc. You can still get copies from KSL HERE.

In what can only be described as classic, Shepard Fairey is suing another artist for stealing from him! After decades of pillaging other people’s work wholesale, I guess Fairey thinks… 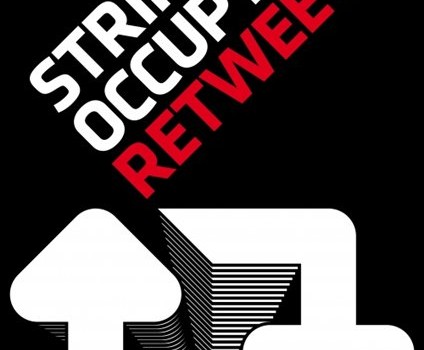 I’ve been meaning to repost this for weeks, so better late than never. I stumbled across this short article on and set of images by the Deterritorial Support Group, a…

We got this report in the mail the other day from independent writer, journalist and photographer David Bacon. It’s a nice short piece, and a great photo essay. Bacon has… 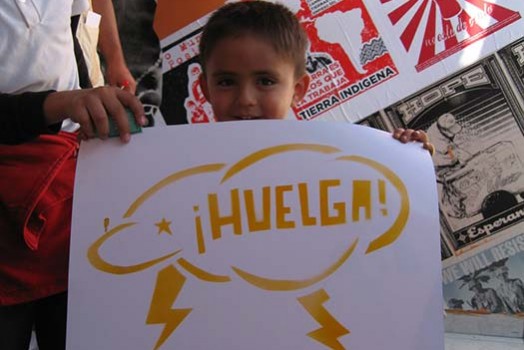 Festival of the New Winds pt. 5

On Wednesday we headed way up the mountain that rests on the side of Ecatepec, winding around crazy narrow roads and huge speedbumps. The speedbumps up here are almost like…