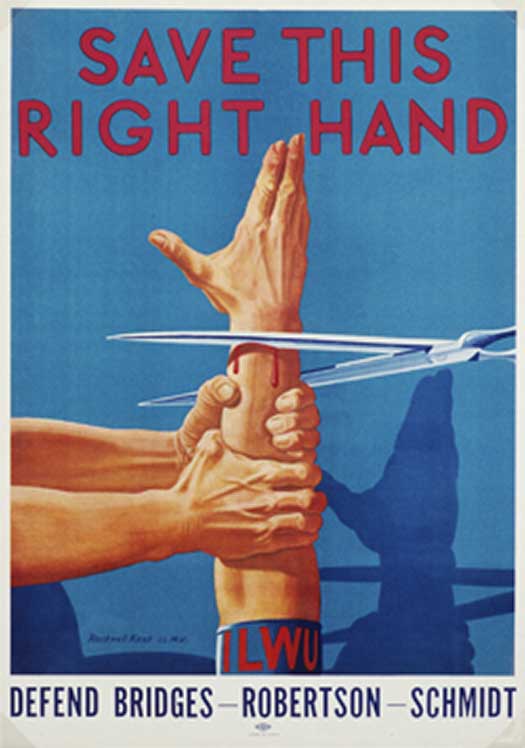 Art on Paper magazine has a nice article in the latest issue on the Center for the Study of Political Graphics:

Keeping the message alive
The Center for the Study of Political Graphics turns twenty
by Sharon Mizota
Although Shepard Fairey’s controversial image of Barack Obama may get all the credit, Carol Wells thinks the renewed visibility of the political poster might actually be a legacy of the White House’s previous occupant. “There’s a revival going on right now,” she says, “and I think part of the credit has to be given to George Bush and the Iraq War.” Wells, who is the founder and executive director of the Center for the Study of Political Graphics (CSPG) in Los Angeles, believes that the former president’s administration has spurred the creation of political posters to heights not seen since the Vietnam War. “The posters come from all over the world—it’s just been phenomenal. It is hard to keep up,” she says. Recent hot spots for poster production include Greece, where in December 2008 student protests erupted against police violence and corruption; Israel, during the bombing of the Gaza Strip; and Iran, where supporters of opposition leader Mir-Hossein Mousavi angrily disputed the reelection in June of President Mahmoud Ahmadinejad. …
Read the rest of the article HERE.
The image is one of my all time favorite political posters: Rockwell Kent/International Longshoreman’s and Warehousemen’s Union (ILWU), Save This Right Hand, lithograph, 1949

Josh MacPhee
Apparel
Out of Stock
Create a new list