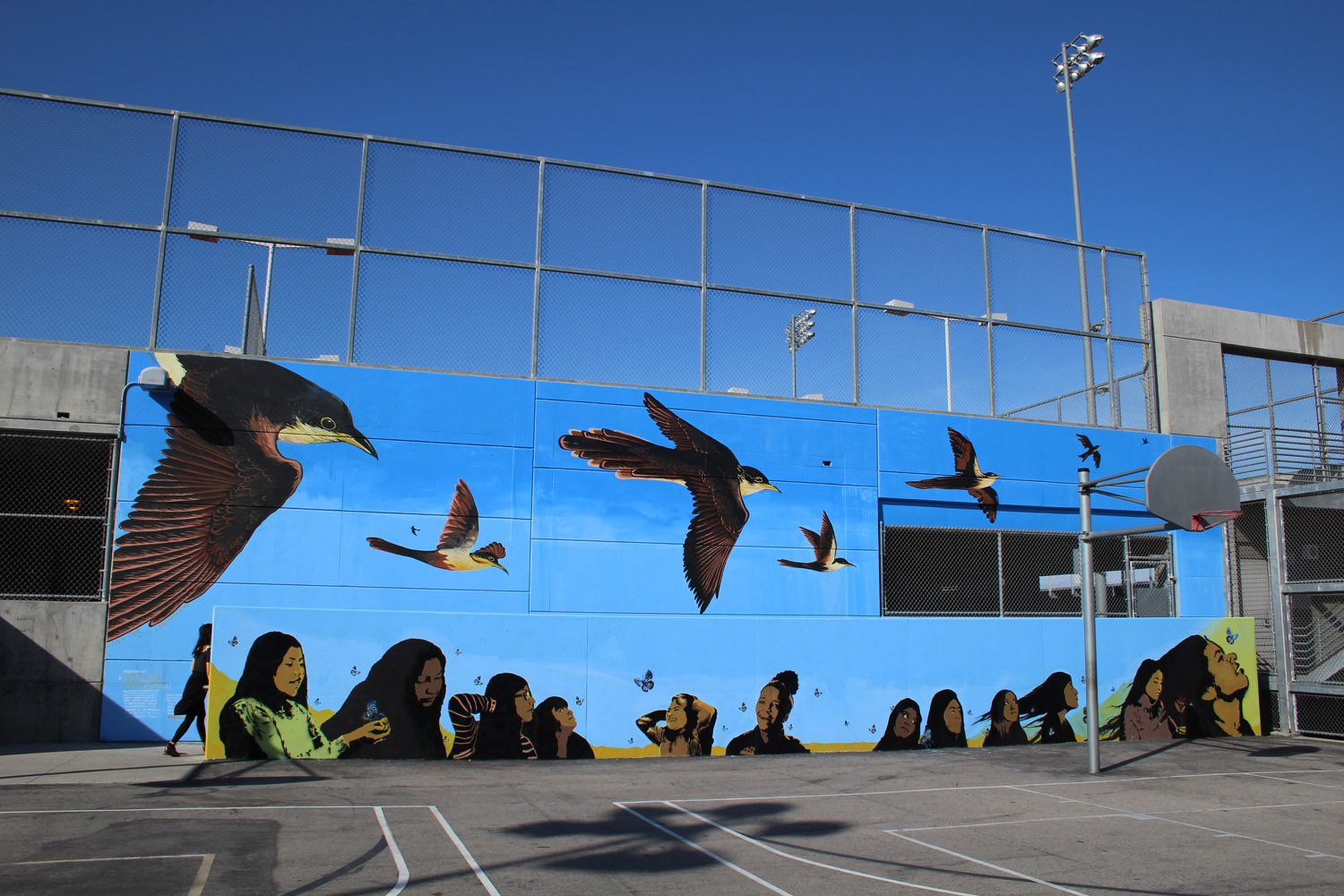 Justseeds artist Jess X. Chen just completed a really impressive mural project at the Miguel Contreras Learning Complex in LA as part of the Endangered Species Mural Project. Working with media activist group ImMEDIAte Justice and a group of fifteen migrant young women and girls from the school, Jess facilitated the production of the girls’ stenciled self portraits, which were then collaged together on a wall in the school’s sports complex. The portraits were combined with stenciled images of the endangered El Segundo Blue butterfly, found only in the LA basin. Jess and her assistant Thea Ulrich then painted soaring images of the Yellow-Billed Cuckoo on the wall above the images of the girls. The Cuckoo is a migratory bird that travels between the US and Central and South America, currently listed as endangered as a result of the destruction of the streamside willow habitats that it relies on to nest and feed. The result is a beautiful synergy of images and message; the migrant stories of the birds, girls, and butterfly meshing to produce a narrative of migration, place, and belonging. The LA Times wrote a nice piece about the project here.

The Endangered Species Mural Project is coordinated by fellow Justseeds artist Roger Peet, and sponsored by the Center for Biological Diversity. This is truly beautiful and deeply moving. How can I get you involved in my neighborhood? I live in the Los Angeles area.