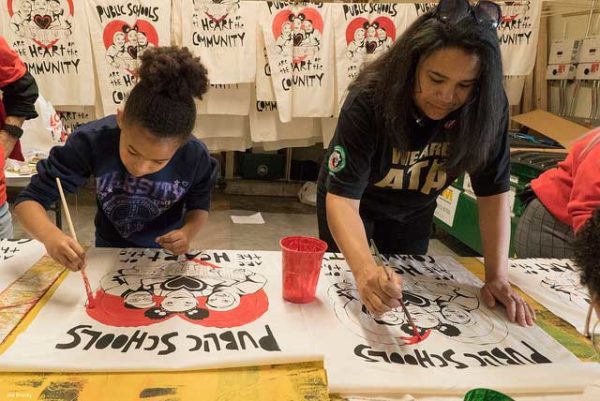 There is power in a union. There is power in the solidarity between teachers, students, and parents, and there is power in an art build. From January 18th to 20th the Oakland Education Association (OEA) hosted a three-day art build at their union building in Oakland, California. The art build was designed to produce strike-ready art for the struggle for justice for public education. At the time of this post, Oakland teachers are taking a strike authorization vote amongst their members this week. The fight is over under-resourced schools, class sizes that are much too large, and teacher wages that are not in line with the cost of living in the Bay Area making it extremely difficult for Oakland teachers to live in the city in which they teach. Over 600 teachers a year leave OUSD which hurts students and the greater Oakland community. Teachers in Oakland have said enough is enough. They are following in the footsteps of UTLA and the Los Angeles teachers who won a historic strike this past month. They are following in the footsteps of the West Virginia teachers, Arizona teachers, Oklahoma teachers and they are joined by similar education justice uprisings in Denver, Virginia, and beyond.

Art builds – at their core – are community building events. They produce banners, picket signs, patches, and signs for the movement, but more so they brings together teachers, students, parents, and the community in a common struggle. The OEA art build was no different and the OEA union space and their parking garage was transformed into an art build space with hundreds of people taking part, often staying for six-to-eight hour shifts or longer.

Many of us have long said that before the march and before the strike there should be an art build. And this was the case with OEA and their organizing tactics. It was an honor to collaborate with OEA and to be in the presence of such amazing union organizers, teachers, students, and artists.

Below is a collection of photographs from Joe Brusky: 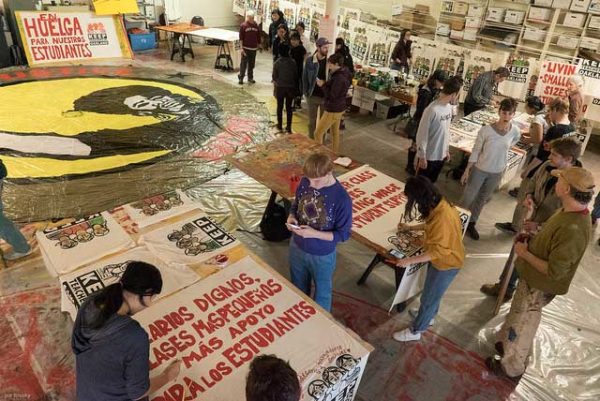 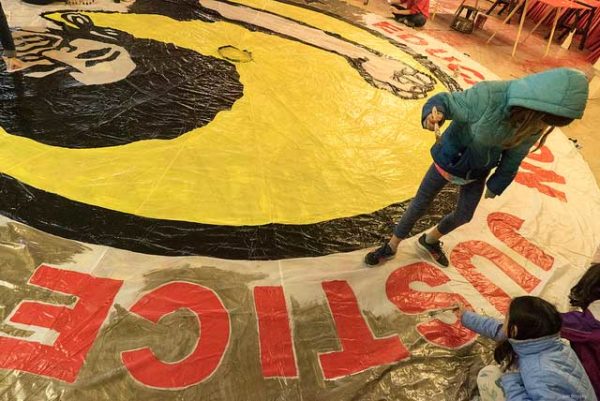 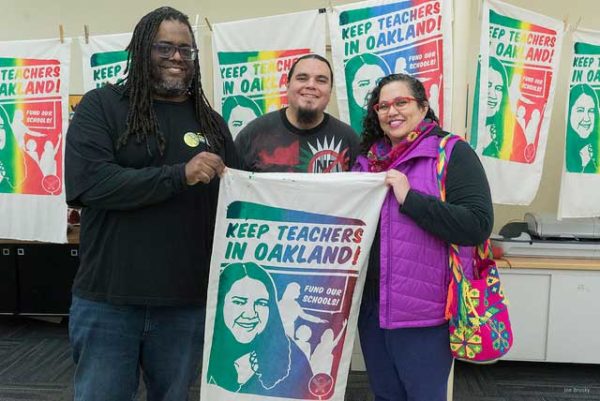 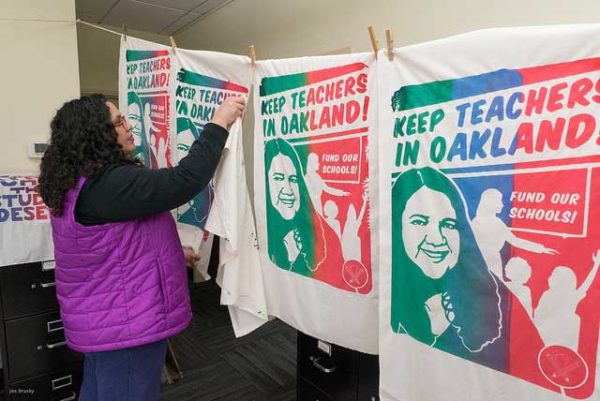 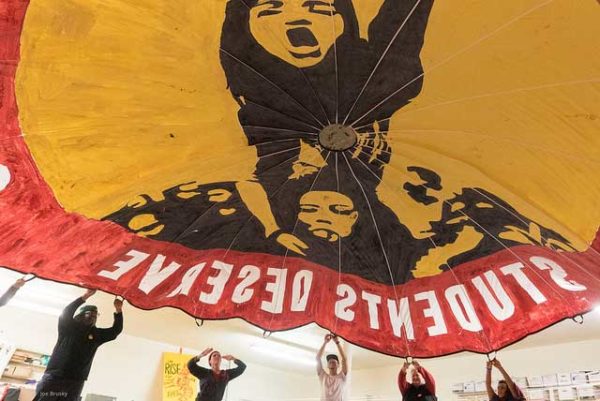 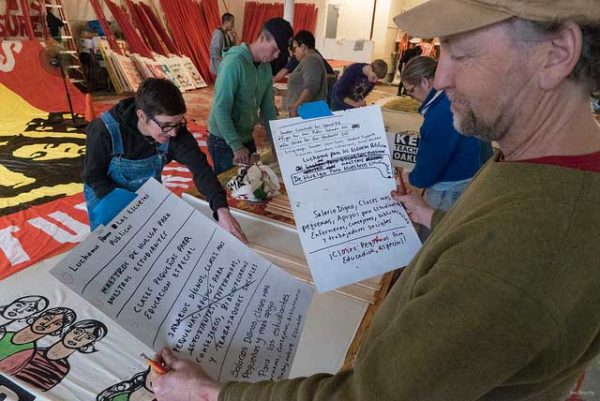 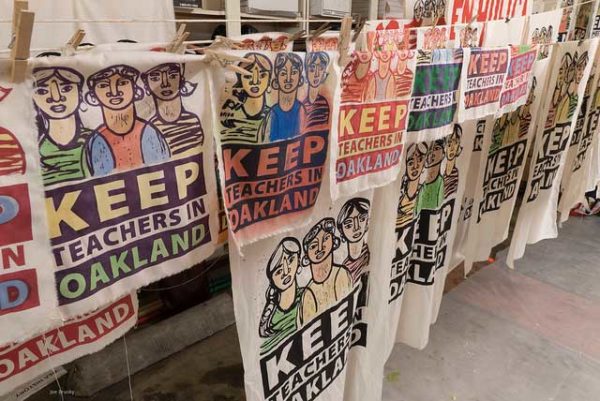 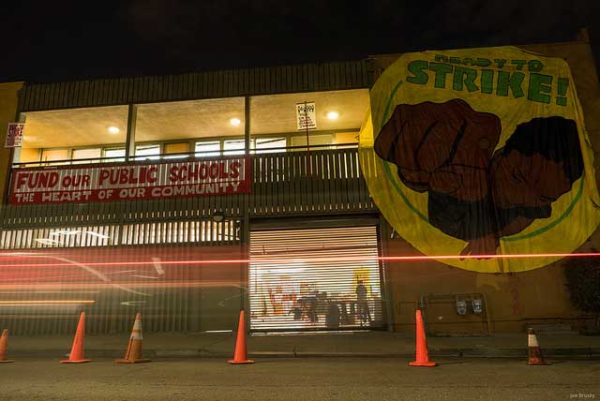 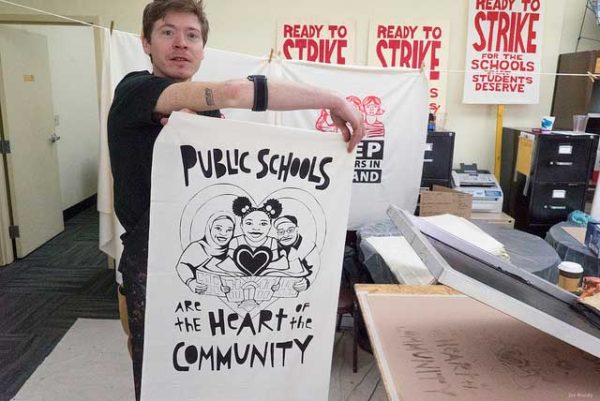 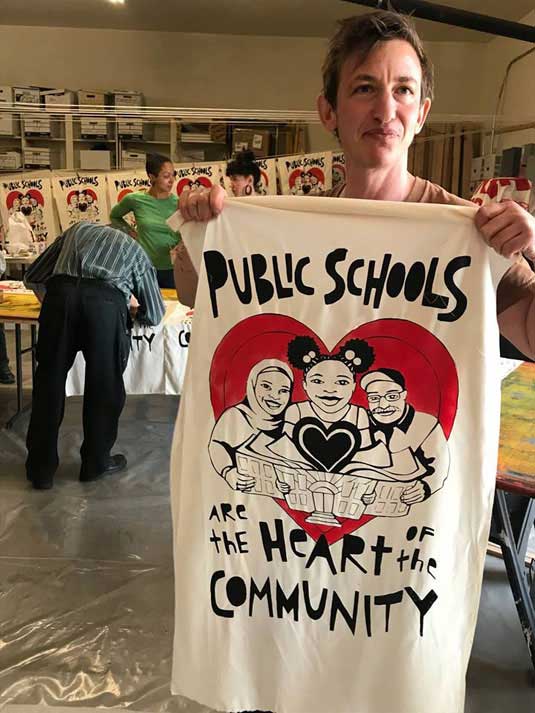 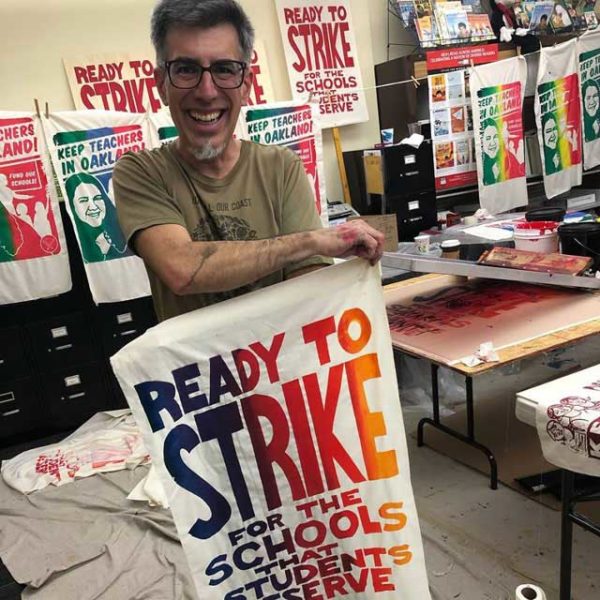 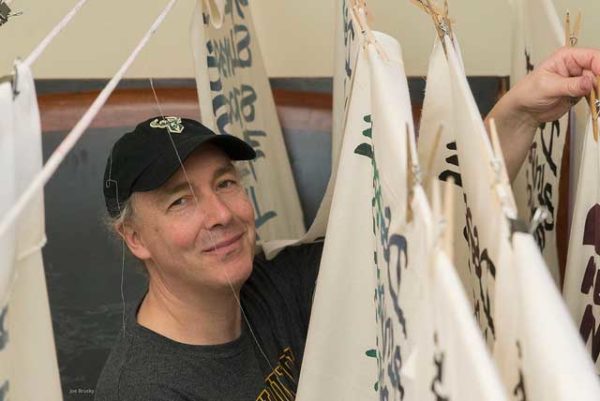 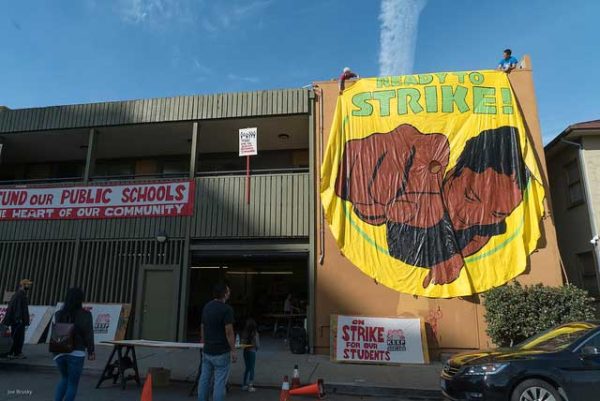 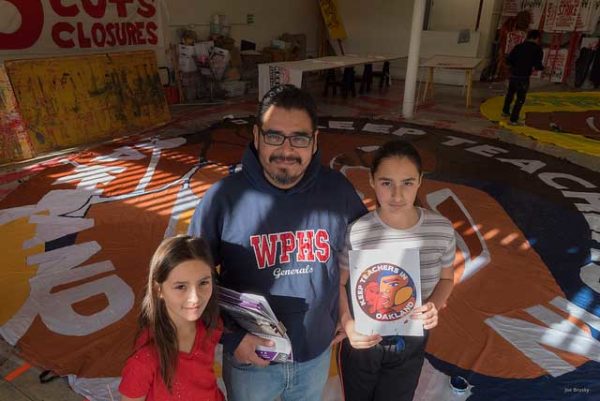 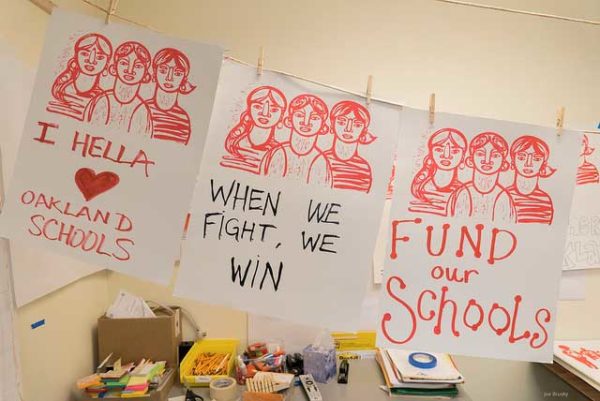 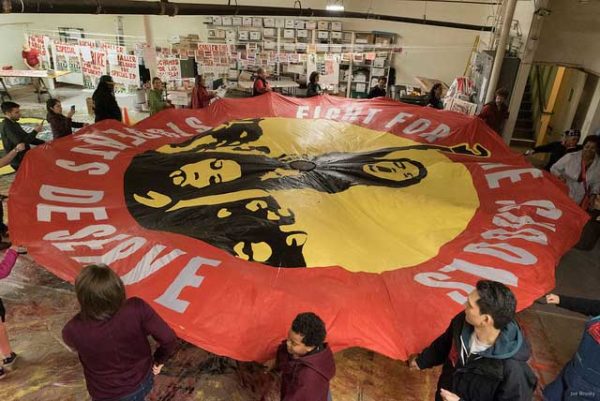 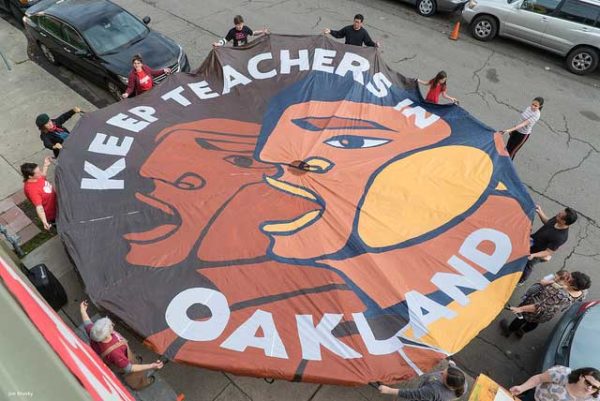 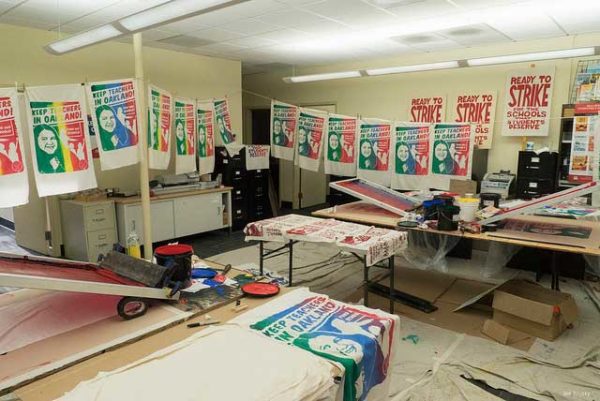 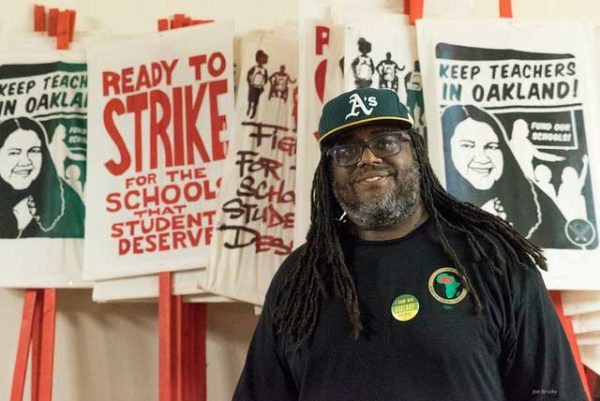 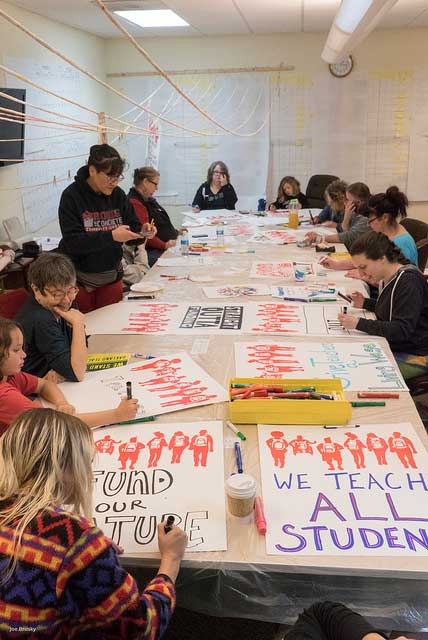 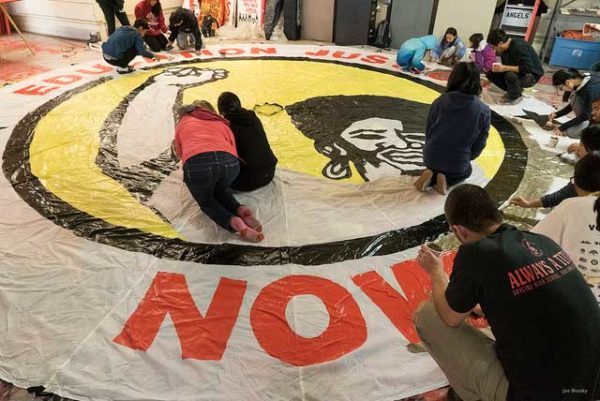 One comment on “OEA Art Build: Stand with Oakland Teachers and Students!”