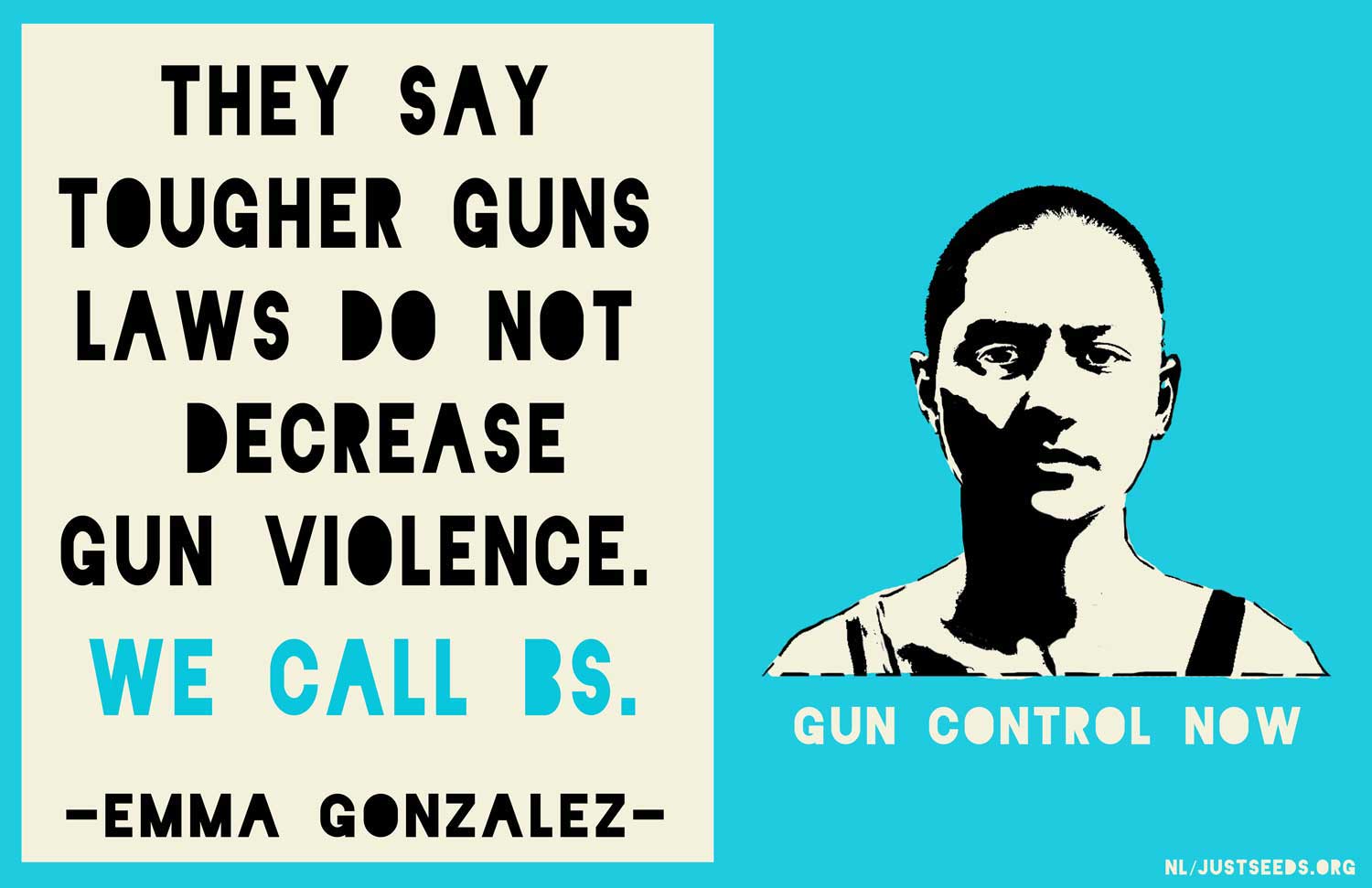 “They say tougher gun laws do not decrease gun violence. We call BS.” Emma Gonzalez, a high school student at Marjory Stoneman Douglas High School in Parkland, Florida, spoke these words on February 17, 2018 to a crowd in Fort Lauderdale in the aftermath of the school shooting at her high school where 17 people were killed by a student with an AR-15 assault weapon. Gonzalez, her classmates, and other high school students across the US have since become leaders in the Never Again movement calling for sensible gun reform laws. Much respect to Gonzalez and all the young activists calling for a safer and more just society.