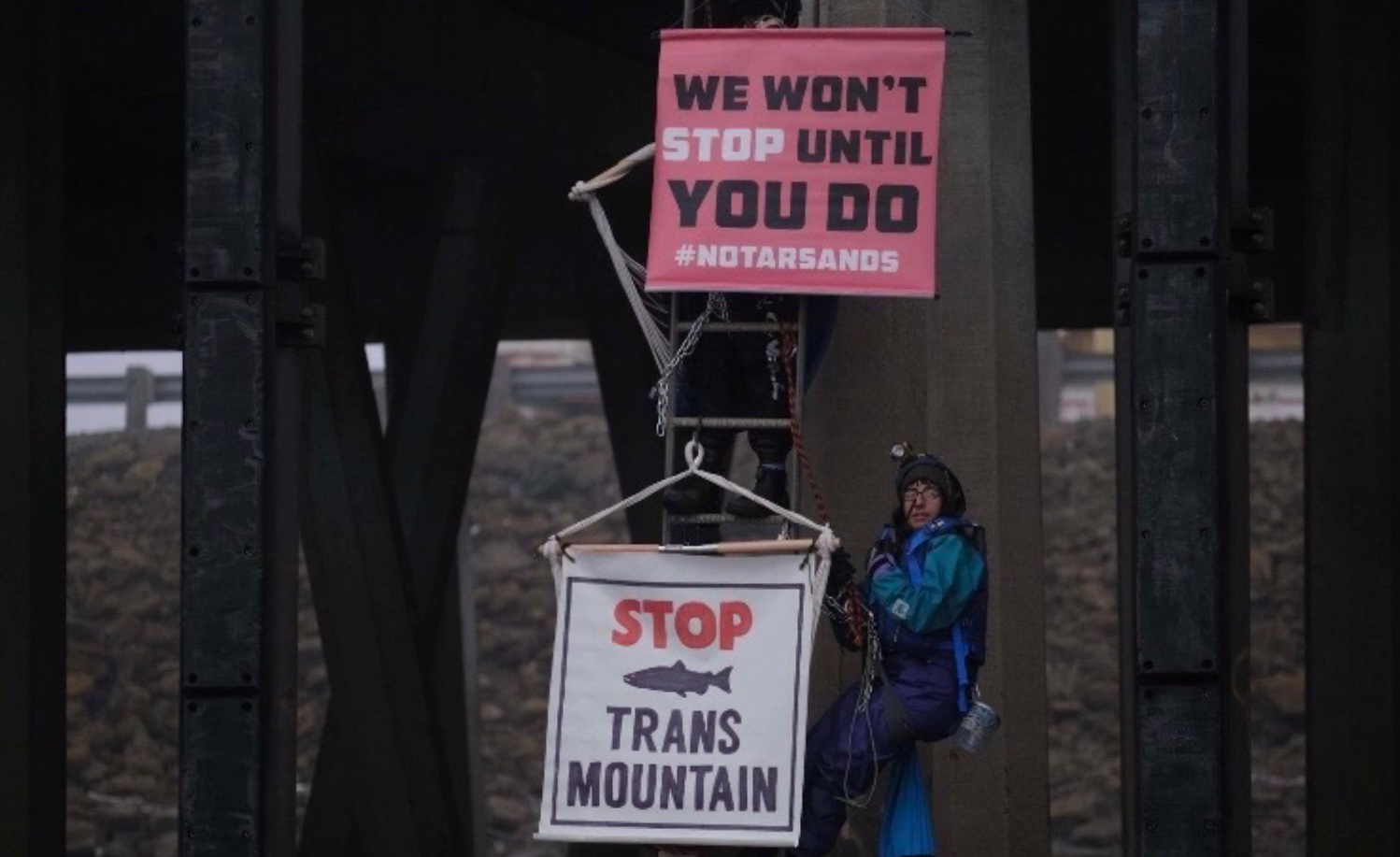 I recently had the pleasure to design a couple of banners for an action taken by colleagues at Portland Rising Tide. Climbers and kayakers from PRT and Mosquito Fleet chained themselves to a pier in the Columbia River between Oregon and Washington to prevent delivery of a shipment of pipe destined for the expansion of the Trans-Mountain pipeline. Climate action organizations are partnering with First Nations and other indigenous groups to oppose the development of this new tube full of filthy crude from the blighted moonscape of central Alberta, a project which involves the seizure of unceded lands from First Nations and the eventual drowning of all the world’s major coastal cities as well, to be frank. Read more about the action at the Guardian.