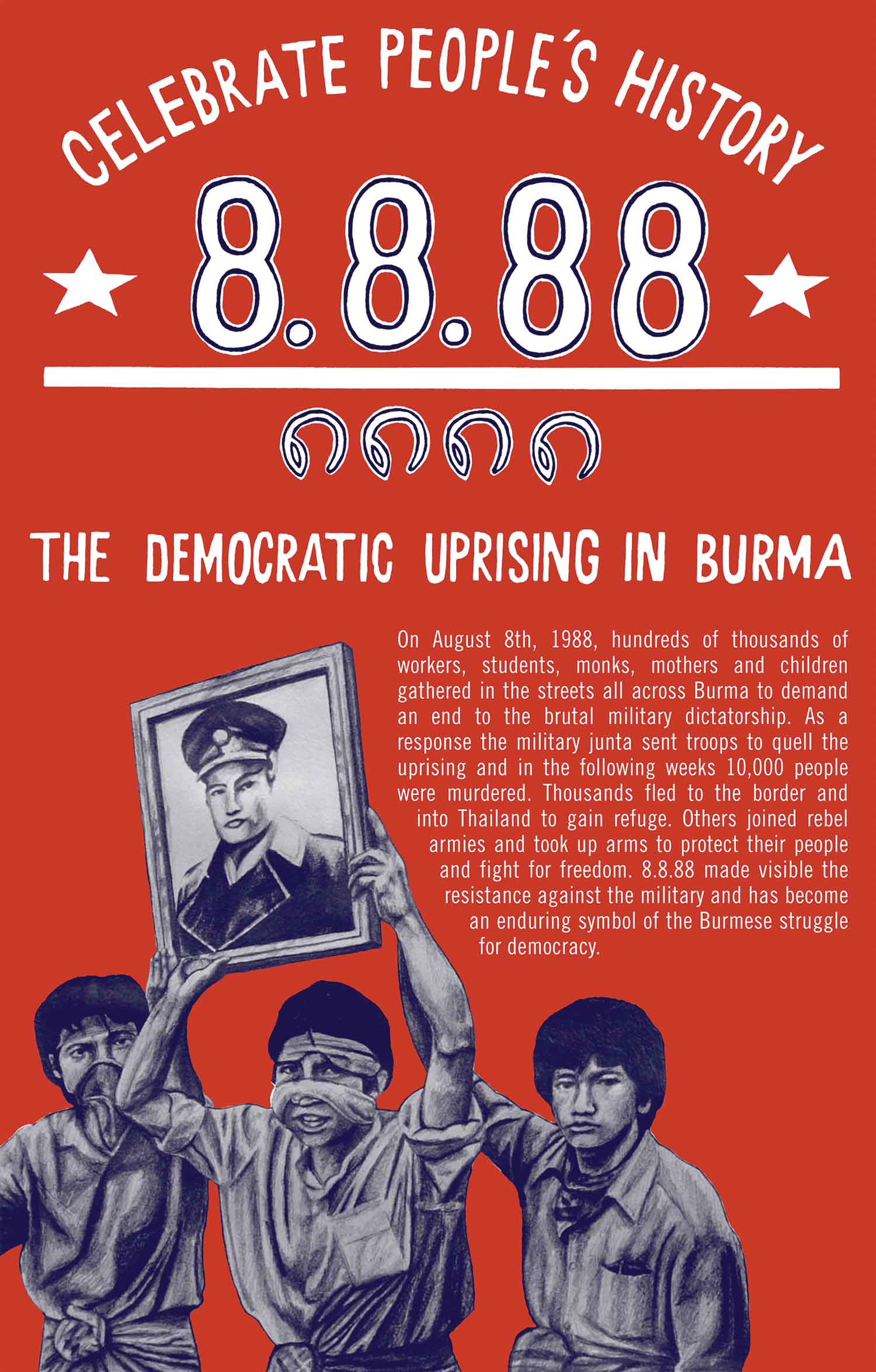 On August 8th, 1988 (8.8.88), hundreds of thousands of workers, students, monks, mothers, and children gathered in the streets all across Burma to demand an end to the brutal military dictatorship. As a response, the military junta sent troops to quell the uprising and in the following weeks 10,000 people were murdered. Thousands fled to the border and into Thailand to gain refuge. Others joined rebel armies and took up arms to protect their people and fight for freedom. 8.8.88 made visible the resistance against the military and has become an enduring symbol of the Burmese struggle for democracy.

This is #43 in the Celebrate People’s History Poster Series.