When all you have left is an idea, all you can do is fight. 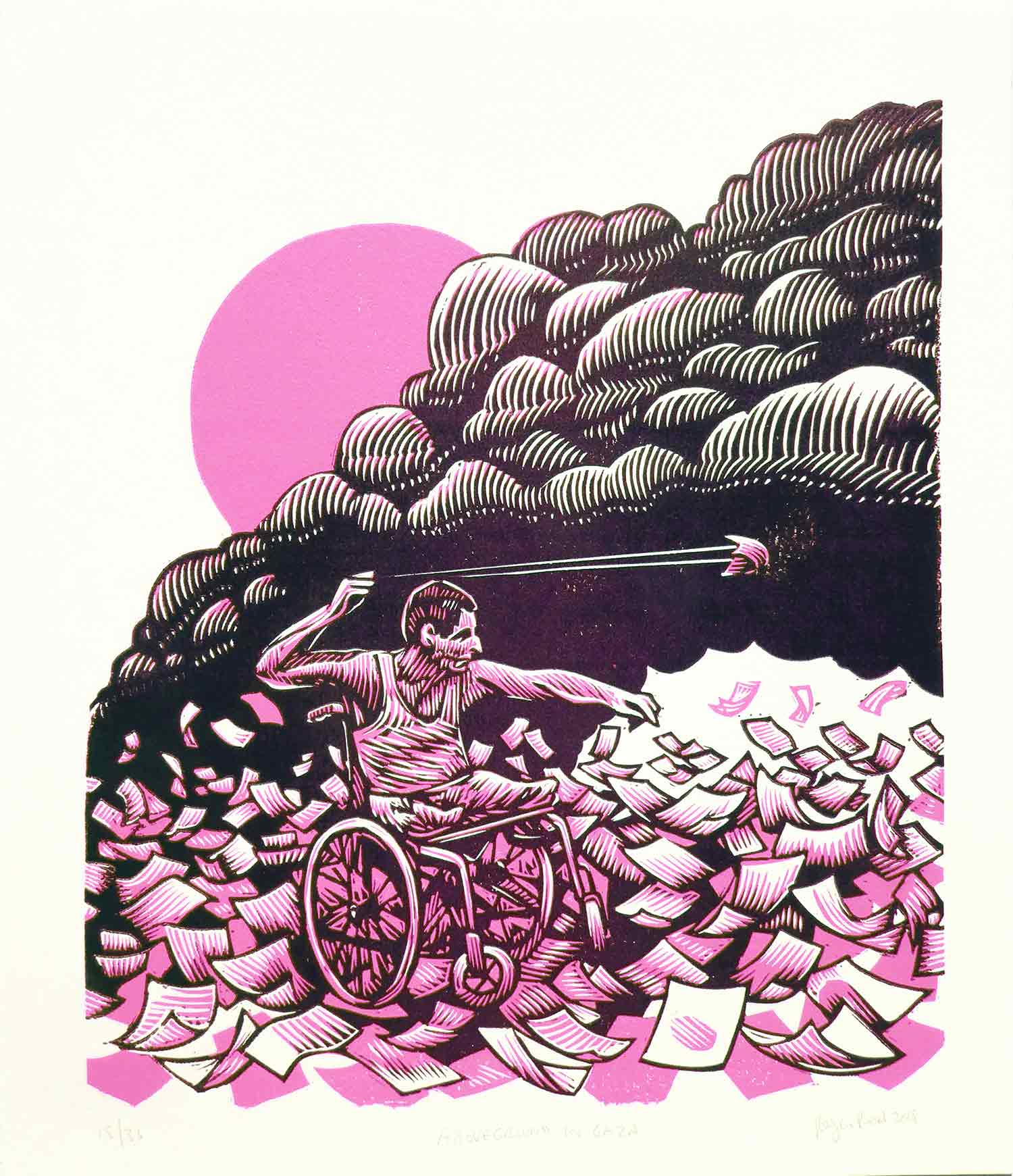 What is it like to live between worlds, to be a person without a place, part of a category denied by power and history, subject to the vagaries of international law and to the bullets and gas of your usurper? The conflict at the line between Gaza and Israel lays bare the hollowness of the ways we think the world is ordered: it’s not a border conflict, because Palestine isn’t a state. It’s not civil war, because Israel denies the Palestinians truly exist. The closest parallel is the Warsaw Ghetto, or worse- the concentration camp.

This image is based partly on a photo of a man named Saber Al Ashqar, who lost his legs to an Israeli drone; shown fighting with sling and stone against the impossibility of history. Contrary to established narratives, the people who throw themselves into apparently hopeless struggles aren’t dying for what they believe in: they’re living for it.