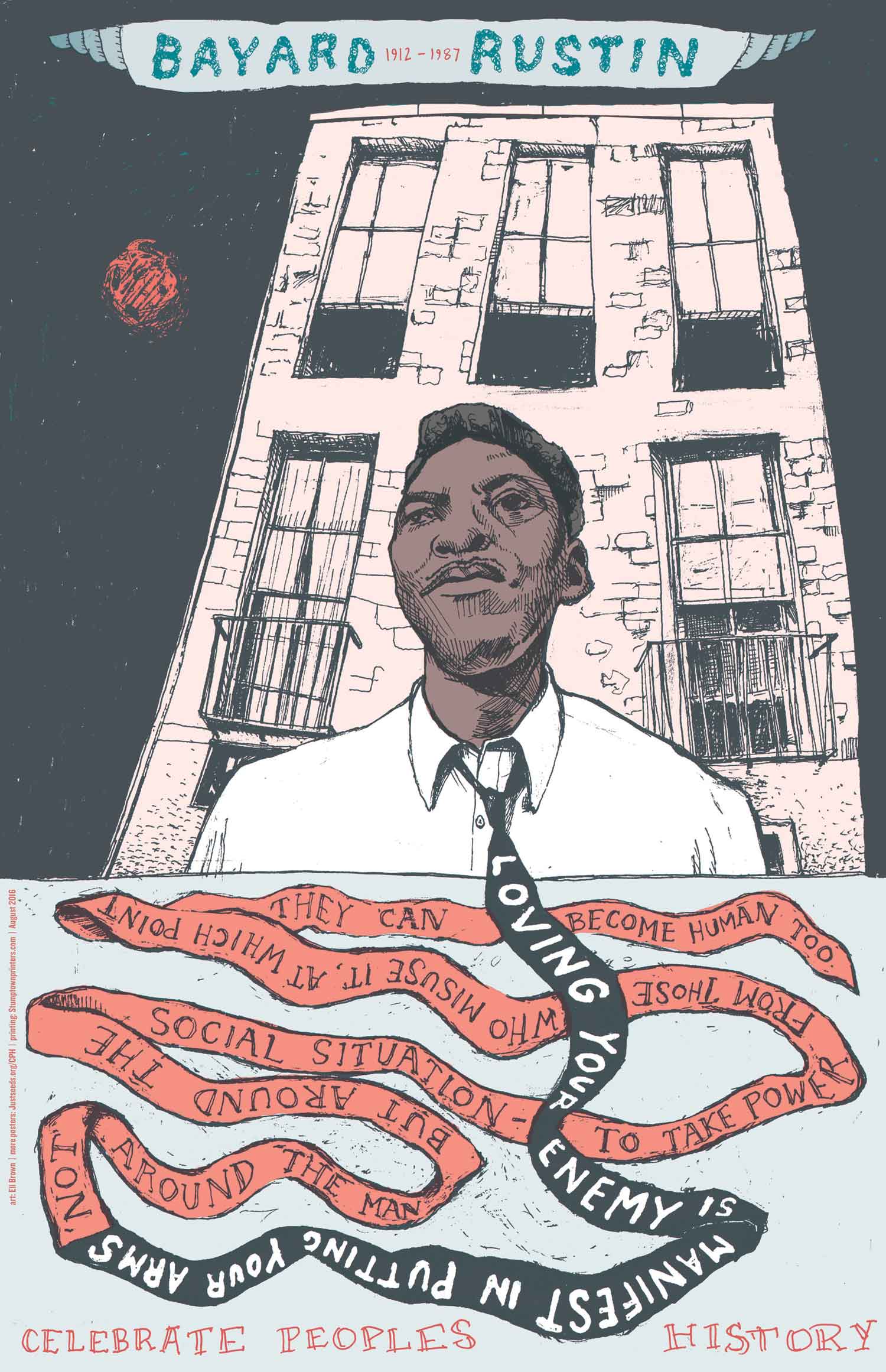 Bayard Rustin, 1912–1987. “Loving your enemy is manifest in putting your arms not around the man, but around the social situation—to take power from those who misuse it, at which point they can become human too.”

Rustin was a member of the Communist Party in his youth, and became a core organizer for the Civil Rights Movement in the 1960s, being one the main organizers of the March on Washington. In addition, he was a member of the War Resisters League and the Southern Christian Leadership Conference, and a life-long activist for socialism, nonviolence, and gay rights.

This is #107 in the Celebrate People’s History Poster Series.

Eli Brown is an artist and organizer based in Boston.