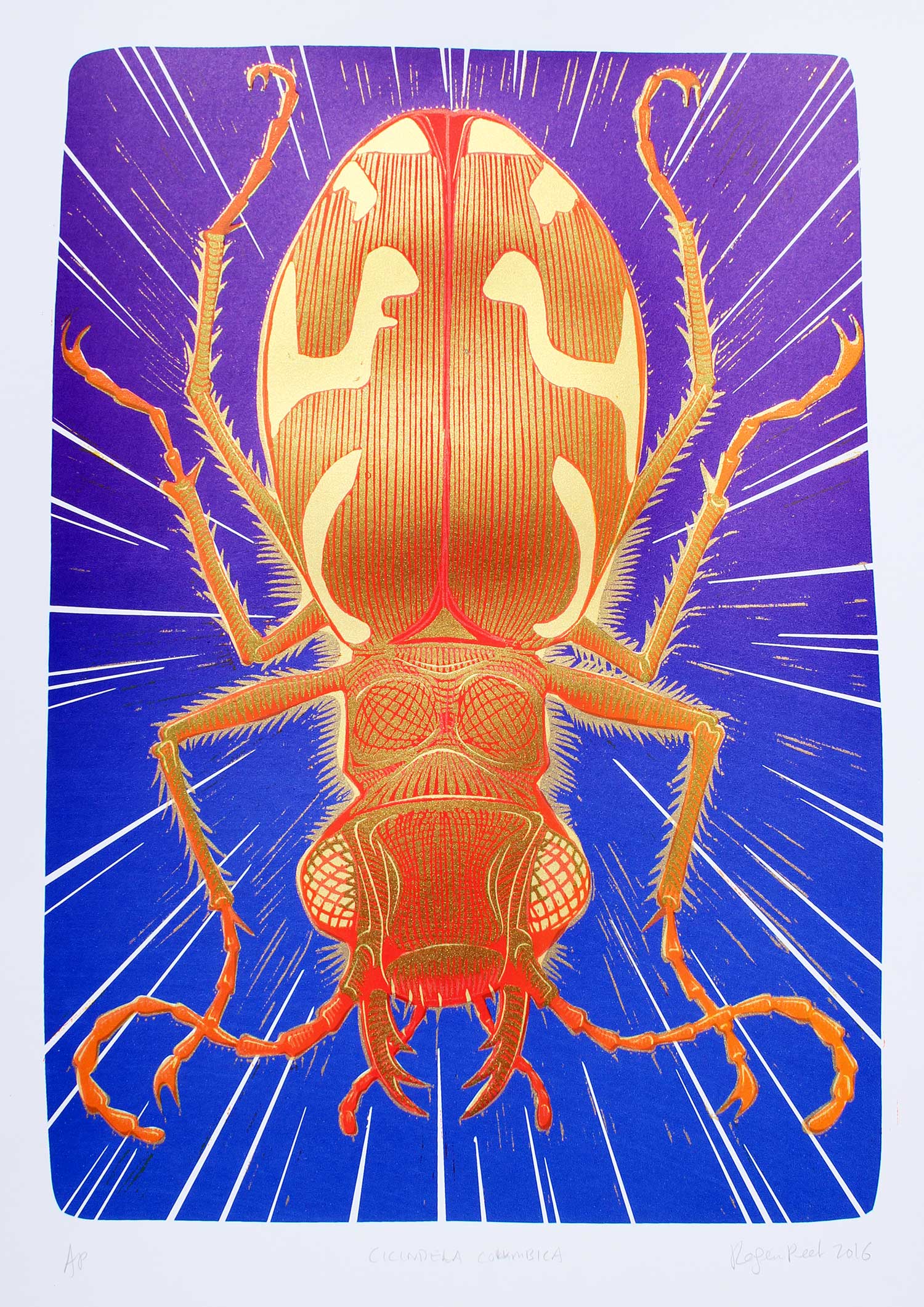 A few years ago I made a reduction blockprint of Cicindela Columbica, the Columbia River Tiger Beetle. These beetles are member of a subfamily of brilliantly colored, sleek, swift and fierce predators, mostly found in sandy habitats. The Columbia River Tiger Beetle has suffered grievously as a result of the epidemic of dam building in the Northwest- found now only along a few select drainages in Idaho, the sandbars it used to hunt on in Oregon drowned by the huge slackwater lakes that stretch for miles behind the dams. I’m a big fan of tiger beetles- their jaws are wicked and their shells glint in the sun. Yet another reason to call for the freeing of our rivers!

This print is made from films recaptured from that blockprint- printed during the reduction process on tracing paper and then exposed as screens. It’s five colors, two of which are rich golds, and three of which are really intense split-fountain fades. It’s a vivid print, like the beetles themselves- the camera has a hard time capturing it!