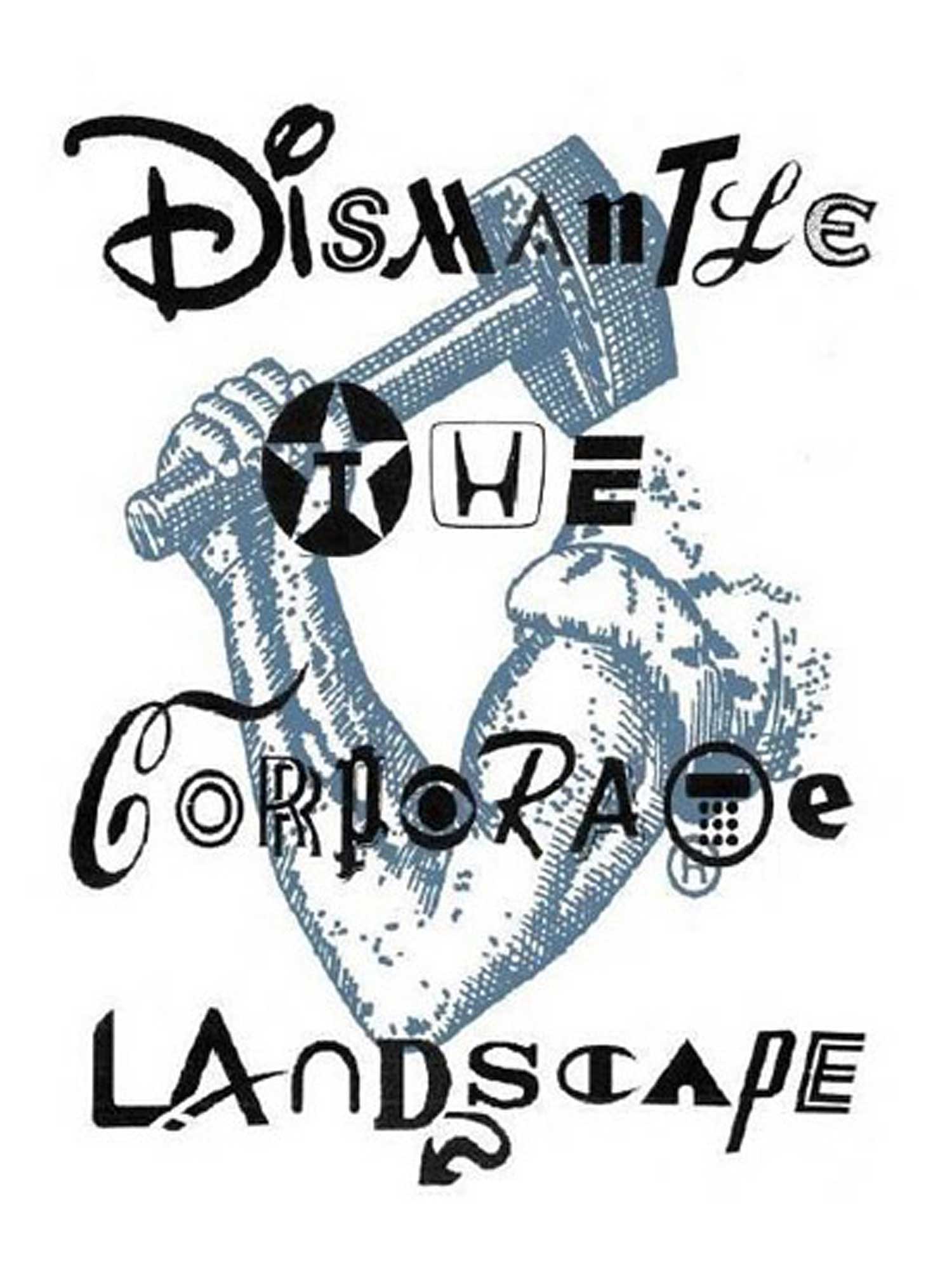 This image critiques corporate power on two fronts, the physical landscape and the mental landscape. As a didactic message it encourages smashing the corporate landscape of chain stores and monoculture. A more subtle reading is that it asks us to question our own relationship to corporate culture and how it permeates so many aspects of our lives. Most of the letters/logos are easy to recognize which is staggering for it speaks to the success that corporations have had in advertising and branding their products and vision.

The image also has a historical context. The hammer was a symbol of the labor movement, dating back before the Civil War and was also utilized as the emblem for the Socialist Labor Party of America. The fact that the image is now recognized as a symbol for baking soda (for Arm and Hammer) speaks to how corporations have become so omnipresent. This image was initially created for the Street Art Workers’ Land and Globalization poster project. 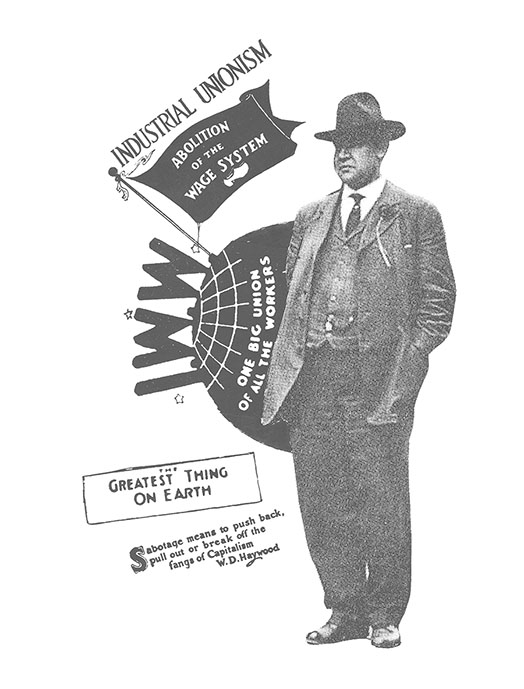