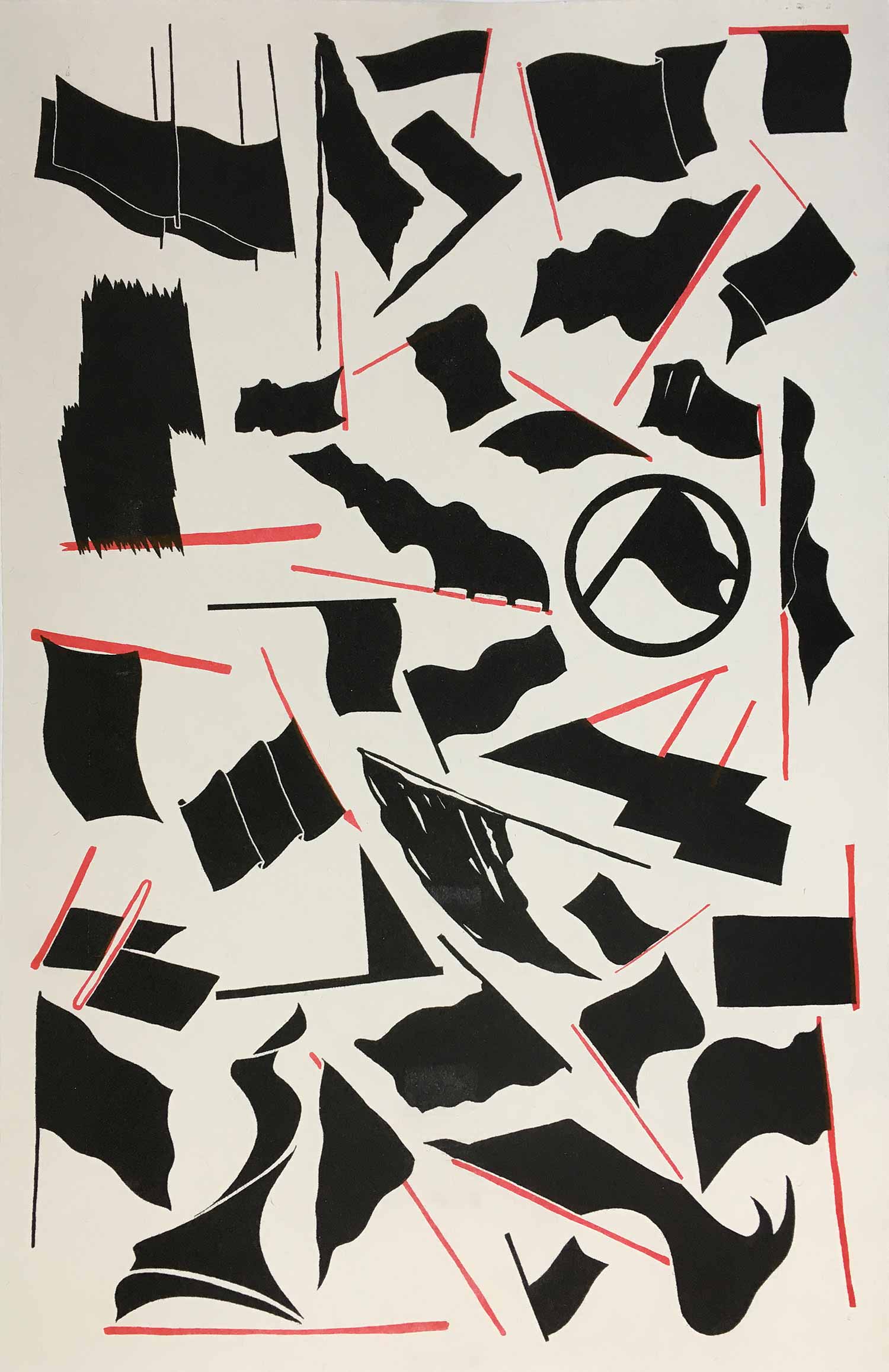 The basis for this print was an illustration I created for the cover of the Fall 2017 issue of Dissent Magazine. The theme of the issue was “1917 and Its Afterlives,” and felt that there was really nothing as simple and efficient at articulating the graphic historical ripples of the Russian Revolution than the proliferation of red flags. Each of the flags here are actually redrawn from communist and socialist flags on the covers of political vinyl records, from Scandinavian folk songs to Chinese Communist opera, politicized reggae to Basque punk. The image was so popular, I decided to make a print of it. For this version, I’ve changed the flags from red to flag, I don’t want to leave out my anarchist brethren!

It is also available in the original inverted version, with red flags and black poles, HERE.