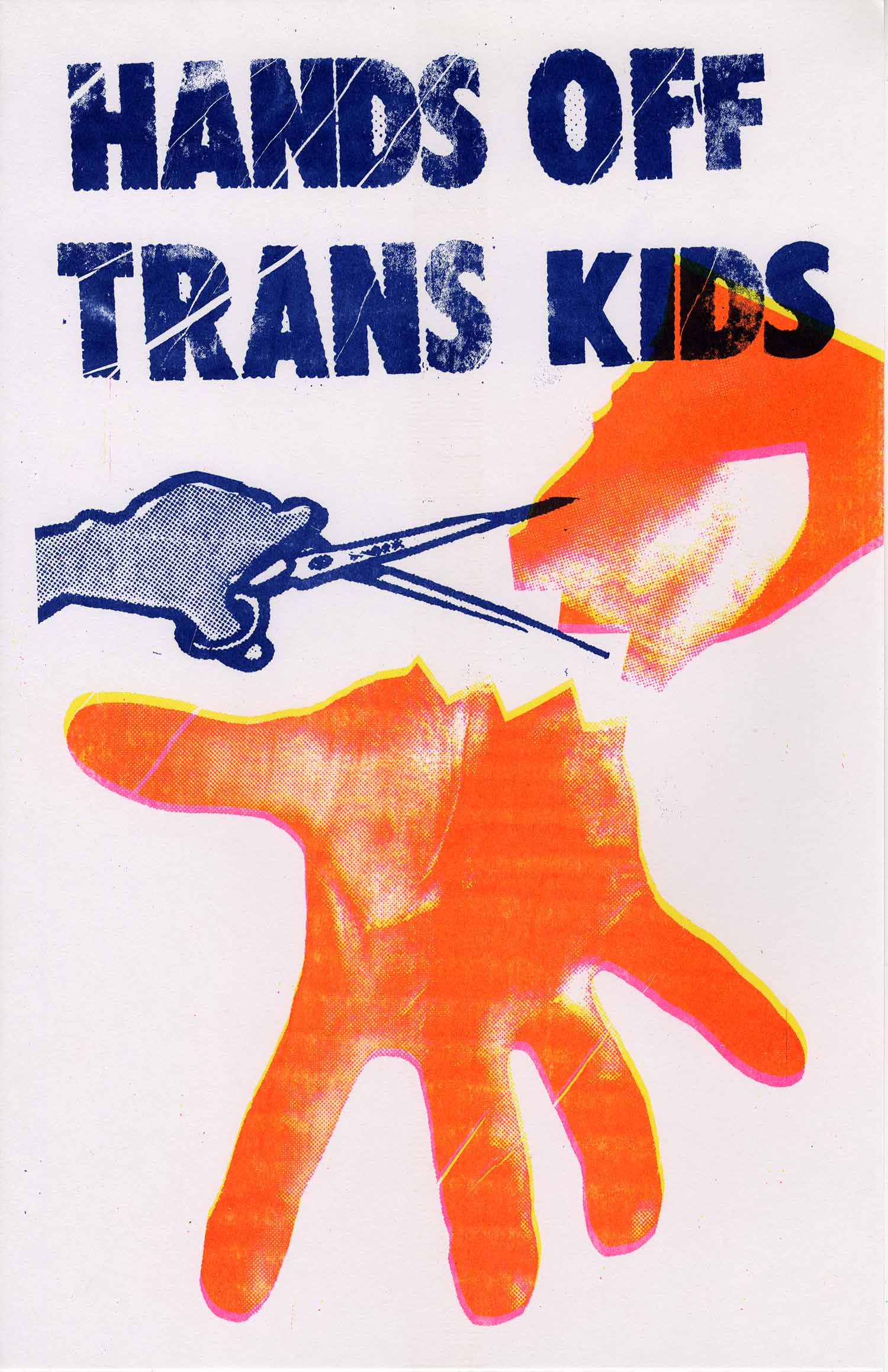 While my exhibition Graphic Liberation! was installed at George Mason University, the news came out that Texas Governor Greg Abbott called for teachers, school administrators, and social workers to turn in the parents and guardians of trans and gender nonconforming children for child abuse. Beyond its absurdity, this call is both hateful and harmful.

I immediately pulled three panels featuring historical political posters from the gallery wall: John Heartfield’s 1938 election poster The Hand Has 5 Fingers, Peg Dalton’s 1970s feminist screenprint Free Castration on Demand, and for the text, Gran Fury’s The Government Has Blood On Its Hands from 1988. I wanted to make a powerful and demanding statement, and there are few images more demanding than Heartfield’s grasping hand. I inverted it and cut it off at the wrist. Dalton’s hand with scissors was the perfect protagonist, the image carrying out the action. And Gran Fury’s bold sans serif type is commanding. In 15 minutes, hundreds of 3-color copies of
Hands Off Trans Kids were being spat out of the risograph. Most were given away at the exhibition, these are the handful that were left. 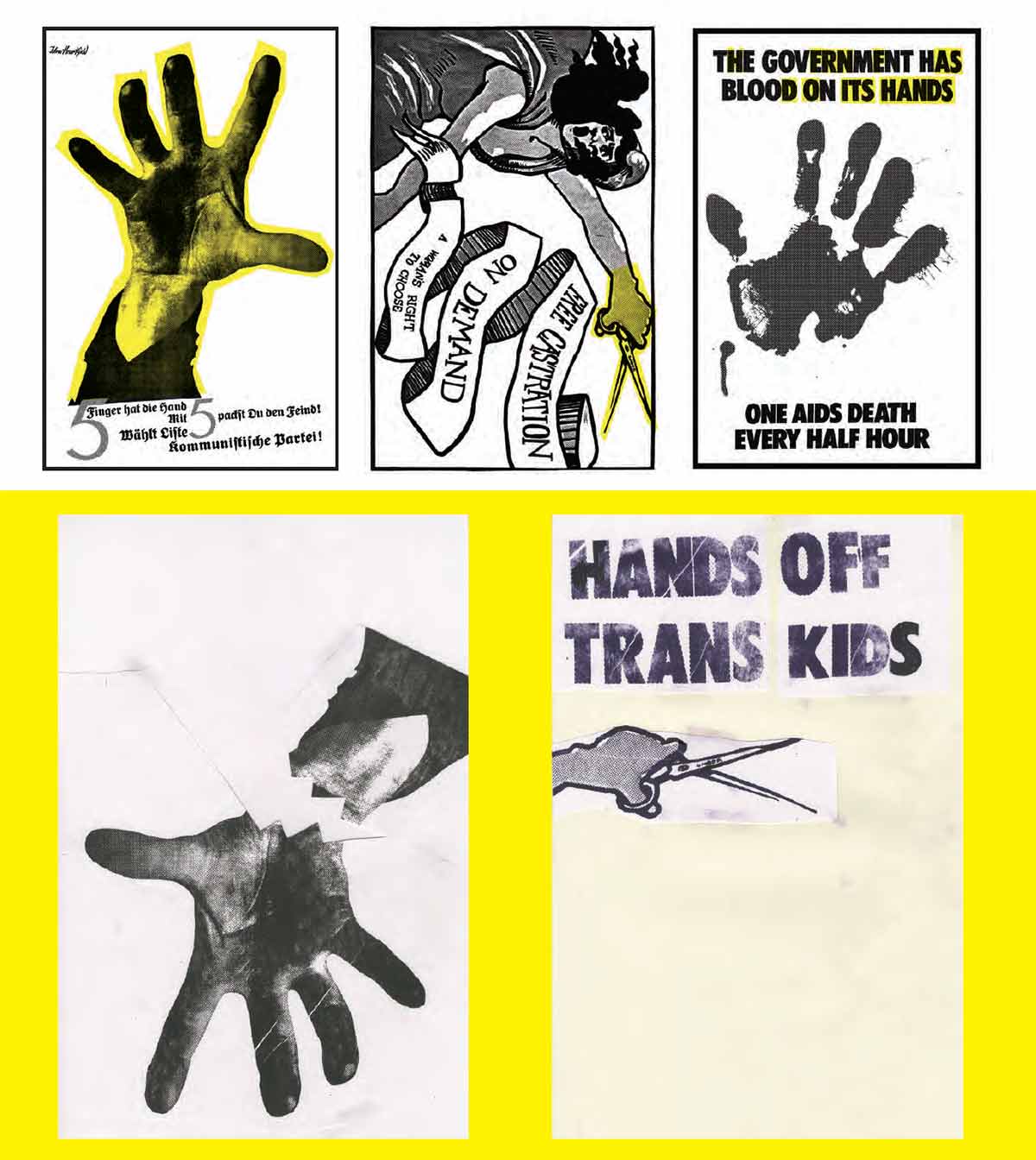