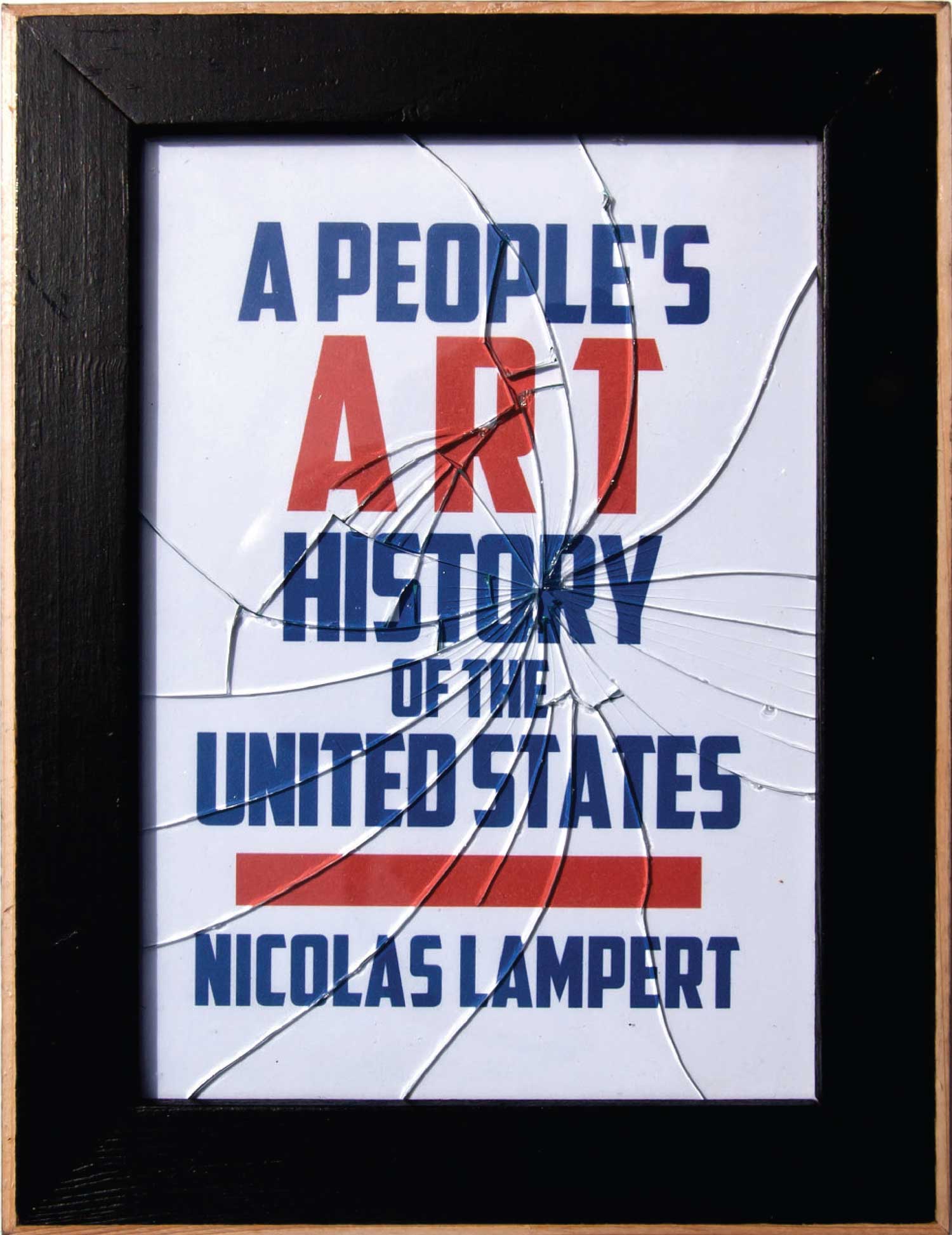 Most people outside of the art world view art as something that is foreign to their experiences and everyday lives. A People’s Art History of the United States places art history squarely in the rough-and-tumble of politics, social struggles, and the fight for justice from the colonial era through the present day.

A People’s Art History of the United States introduces us to key works of American radical art alongside dramatic retellings of the histories that inspired them. Stylishly illustrated with over two hundred images, this book is nothing less than an alternative education for anyone interested in the powerful role that art plays in our society.

“Inspired by the revisionist social histories of Howard Zinn, Nicolas Lampert’s A People’s Art History of the United States is an inspiration in itself. Looking beyond an art world framed by museums and markets, Lampert surveys American activist cultures from the colonial era to the present. His passion for social change and his optimism about creative and constructive resistance come on strong in this well-written and wonderfully illustrated book. Highly recommended.”

“Historical amnesia is rampant in U.S. politics today, no less so in the visual arts, where the current wave of social practice art often suffers from a lack of awareness of what came before. This is an original piece of research, pointing us toward a vast territory of reconnection.”

“This is an important first volley in what I hope is an ongoing fusillade of people’s art histories. There are many more stories to retell, here and abroad. Those relayed by Nicolas Lampert offer models for an art that actively engages in and helps change the course of history.”

—LUCY R. LIPPARD, AUTHOR OF GET THE MESSAGE? A DECADE OF ART FOR SOCIAL CHANGE

“This book is an excellent jumping-off point for anyone unfamiliar with the powerful social justice roots of American culture, offering wonderful examples illustrating historical points along the timeline of agitational American art. Lampert’s credentials as an activist artist give him an insider’s view of this important yet marginalized subject. It’s an antidote to the conventional ‘Art’ model where form dominates content and artistic creativity is reduced to marketable commodities.”

—LINCOLN CUSHING, AUTHOR OF ALL OF US OR NONE: SOCIAL JUSTICE POSTERS OF THE SAN FRANCISCO BAY AREA

“By introducing the significant role that artists have played throughout the history of the United States, Nicolas Lampert offers readers the delight of returning to a familiar narrative and discovering a fascinating reinterpretation. This well-wrought interdisciplinary text demonstrates that artists do not merely respond to and record the events transpiring in their lifetimes; they also shape these events by applying the tools of their profession to accomplish clearly articulated political agendas.”

—LINDA WEINTRAUB, AUTHOR OF ART ON THE EDGE AND OVER: SEARCHING FOR ART’S MEANING IN CONTEMPORARY SOCIETY

“As much as it is easy to say that there are many histories of art that aren’t those of the commercial system,the backing up of that statement with counter-histories is no small task. Here we have a tremendous contribution to a history of art that demonstrates how critical culture is to the production of people’s movements.” – NATO THOMPSON, CHIEF CURATOR, CREATIVE TIME

“Written in accessible prose, Lampert’s wonderful book is suitable for the university classroom or the union hall; the anarchist bookstore or bedtime reading for teenagers.  When teaching on art and social justice at the university level, A People’s History of Art in the United States has become the go-to book on the subject.”  – DYLAN MINER, ASSOCIATE PROFESSOR, MICHIGAN STATE UNIVERSITY and author or Creating Aztlán: Chicano Art, Indigenous Sovereignty, and Lowriding Across Turtle Island

“In an image-based culture such as late-stage America capitalism, political art is frequently deployed as a stand in for political engagement itself, with little explanation of the social context that drove the work into being. Nicolas Lampert gives us the stories behind the potent images that have changed the way we think about ourselves, which is the point in studying them in the first place.” – AVRAM FINKELSTEIN, ACT UP NYC