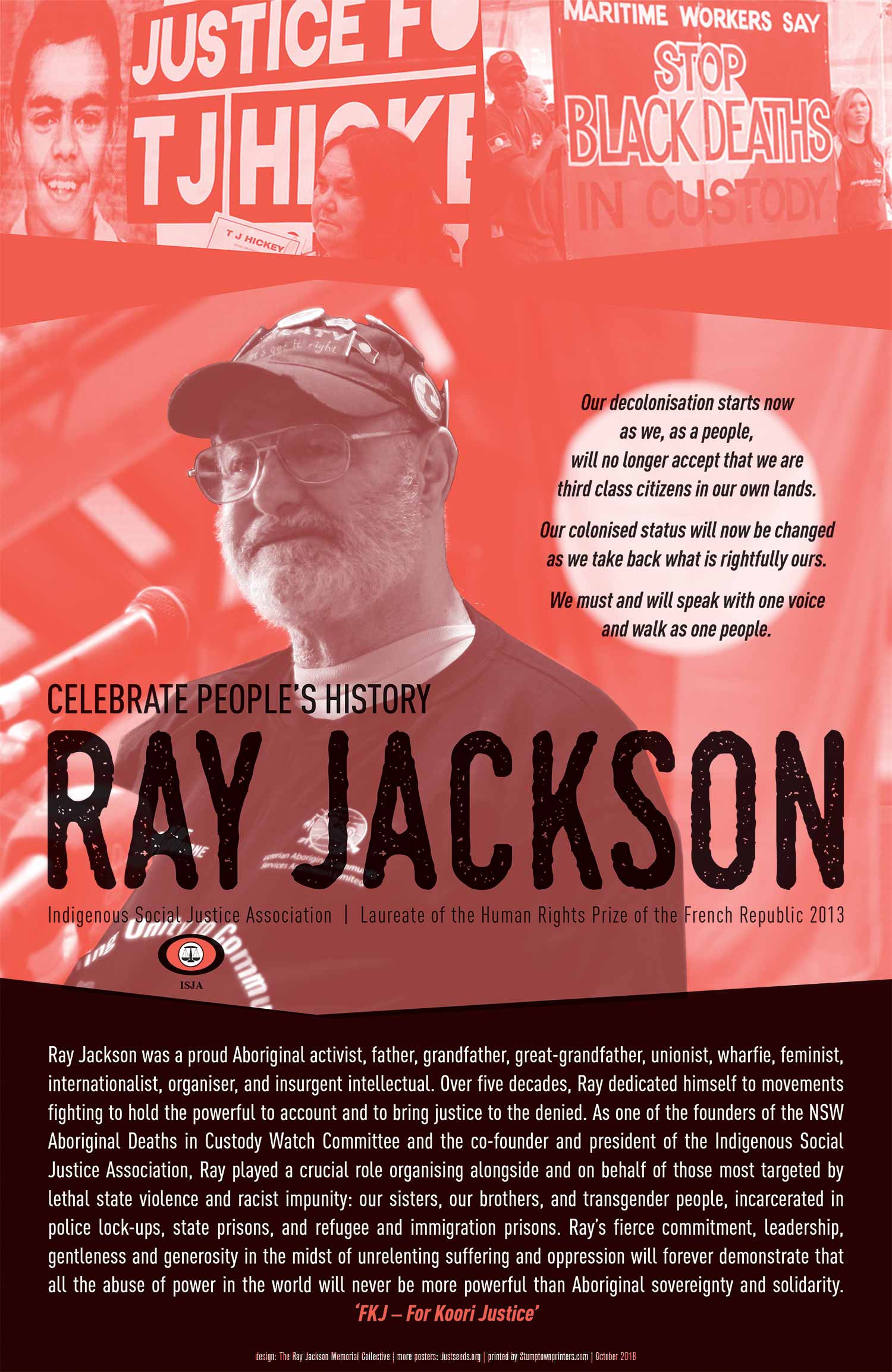 “Our decolonisation starts now as we, as a people, will no longer accept that we are third class citizens in our own lands. Our colonised status will now be changed as we take back what is rightfully ours. We must and will speak with one voice and walk as one people.” —Ray Jackson, Indigenous Social Justice Association/Laureate of the Human Rights Prize of the French Republic 2013

Ray Jackson was a proud Aboriginal activist, father, grandfather, great-grandfather, unionist, wharfie, feminist, internationalist, organiser, and insurgent intellectual. Over five decades, Ray dedicated himself to movements fighting to hold the powerful to account and to bring justice to the denied. As one of the founders of the NSW Aboriginal Deaths in Custody Watch Committee and the co-founder and president of the Indigenous Social Justice Association, Ray played a crucial role organising alongside and on behalf of those most targeted by lethal state violence and racist impunity: our sisters our brothers, and transgender people, incarcerated in police lock-ups, state prisons, and refugee and immigration prisons. Ray’s fierce commitment, leadership, gentleness and generosity in the midst of unrelenting suffering and oppression will forever demonstrate that all the abuse of power in the world will never be more powerful than Aboriginal sovereignty and solidarity.

This is #123 in the Celebrate People’s History Poster Series.