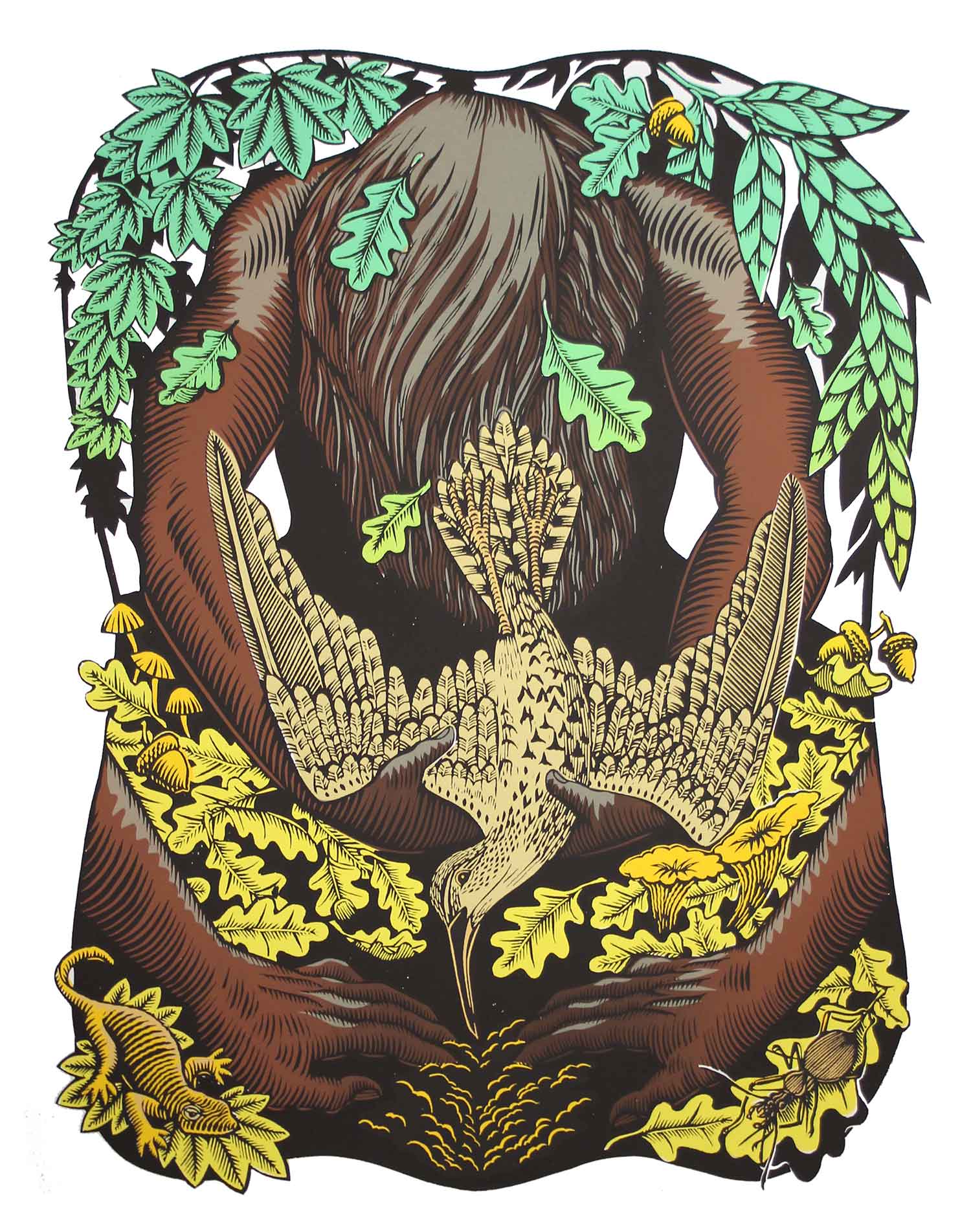 This is a 5-color screenprinted version of a blockprint that I made a couple of years ago, trying to figure out how to convey some of what I feel about the contemporary crisis of biodiversity. I’ve had a lot of dark times thinking about extinction, and it’s been a struggle to come to grips with the fact that so much of the beauty and power of the world has been so thoroughly winnowed as a consequence of the different kinds of things that we do and the different ways that we think. This print focuses on a single species driven off the planet by hunting pressures and habitat conversion: the Eskimo Curlew. Once impossibly numerous, these birds vanished in an astonishingly short span of time. They’re less well known than the Passenger Pigeon, but they disappeared around the same time and their absence from popular consciousness reflects key elements about how we come to deal with the world that we live in: Birds like this become history, and then they become myth, and the next generation that arises only knows them as myth. This print is an imagining of a way to combat the shifting baselines that impoverish our ecological relationship with the world- towards an environmental memory. 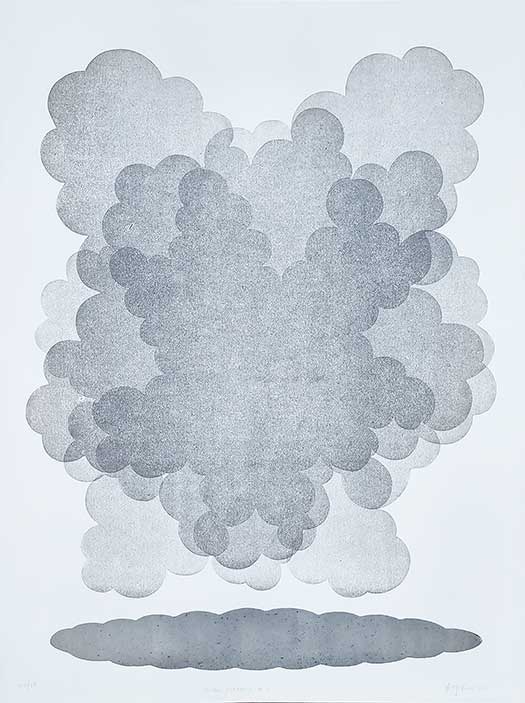