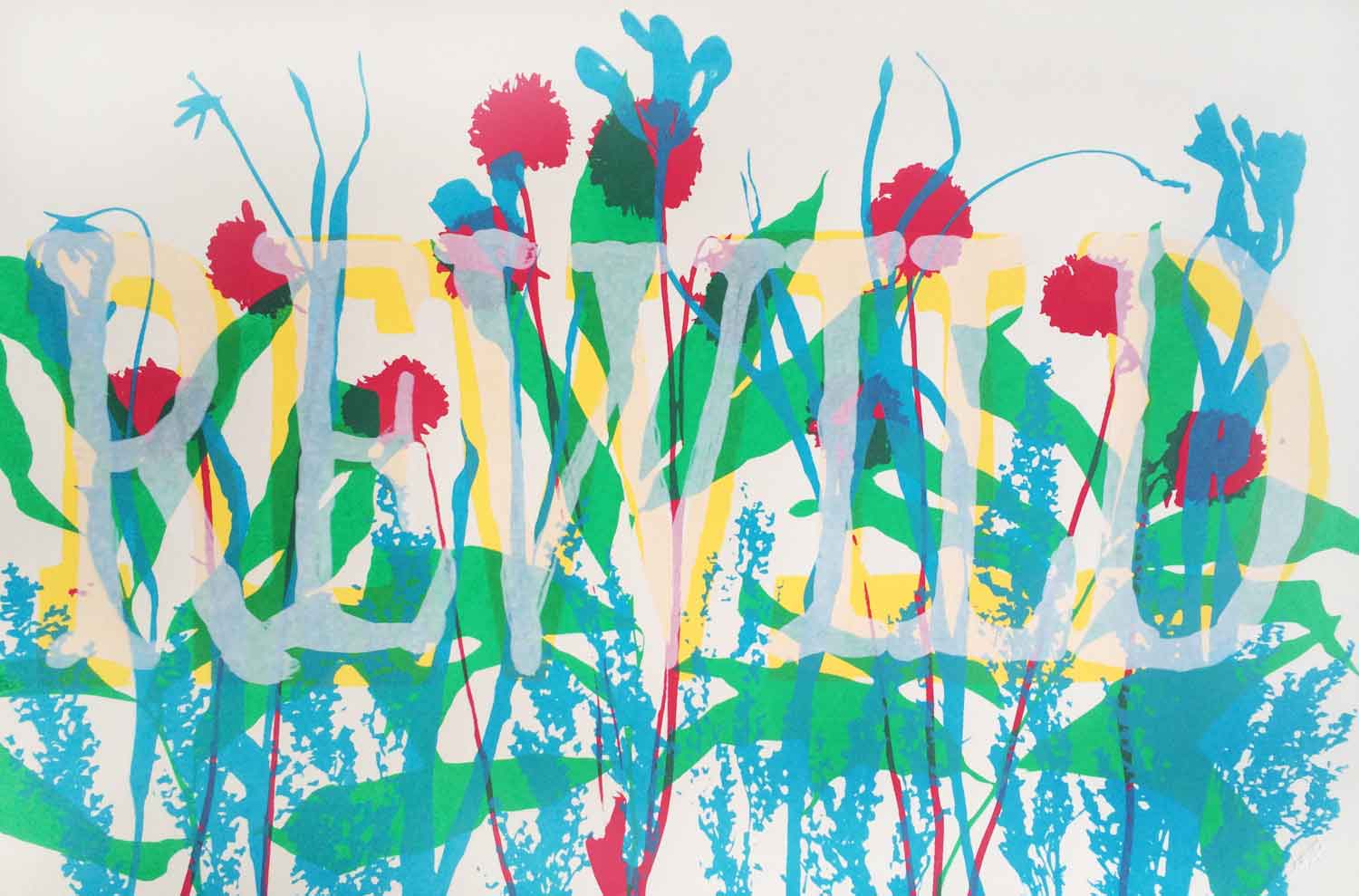 Rewilding is a bold, non-anthropocentric approach to securing and enlarging any remaining undeveloped habitat in a radical effort to preserve ecological balance in the face of the Sixth (or Holocene) extinction. As a conservation strategy, rewilding primarily refers to three concepts working in tandem: Cores (restoration and preservation of remaining core wilderness areas), Corridors (restoring connectivity in a landscape carved up by highways and railroads via greenbelts and over- and under-passes) and Carnivores (revitalizing and reintroducing “keystone” carnivores in habitats where they have mostly been eliminated).

This was a very experimental print for me: without a final vision in mind for this design, I created each layer in response to the prior. Three of the five color layers were created by arranging dried plants and flowers directly onto a printing screen treated with emulsion, and then exposing the screen. This gave a unique “shadow” effect to each layer. The two text layers were created with screen filler and ink-on-transparency, all by hand. Here’s a post detailing the process of building this print up, layer by layer.