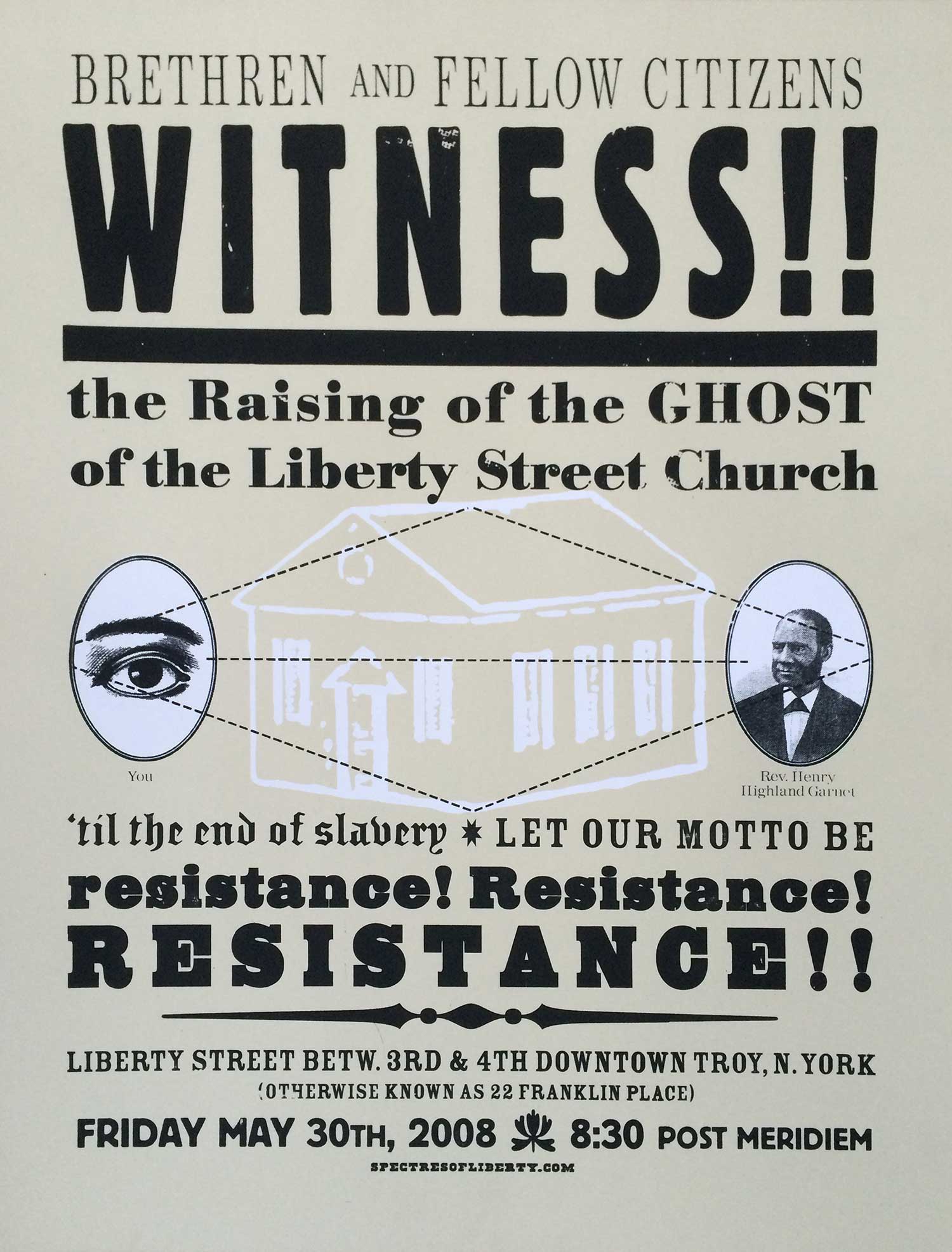 This poster and zine are documents from the Spectres of Liberty public event and action we did in Troy, NY in May 2008. You can read more about the event at Spectresofliberty.com. Like a 19th century broadside, the poster was used as an announcement for the event. The zine contains info about the event, as well as a complete reprinting of Rev. Henry Highland Garnet’s 1843 “An Address to the Slaves of the United States of America,” a call for slaves to rise up and take their own freedom. This speech was so radical at the time that it caused a split between Garnet and other abolitionists such as Frederick Douglass (both of whom were former slaves). 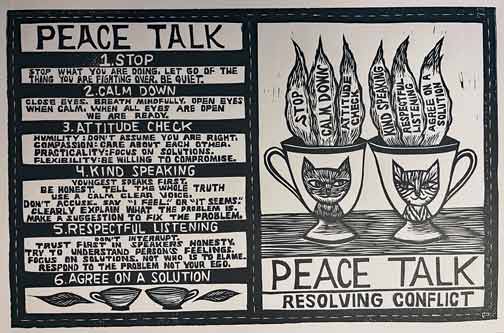