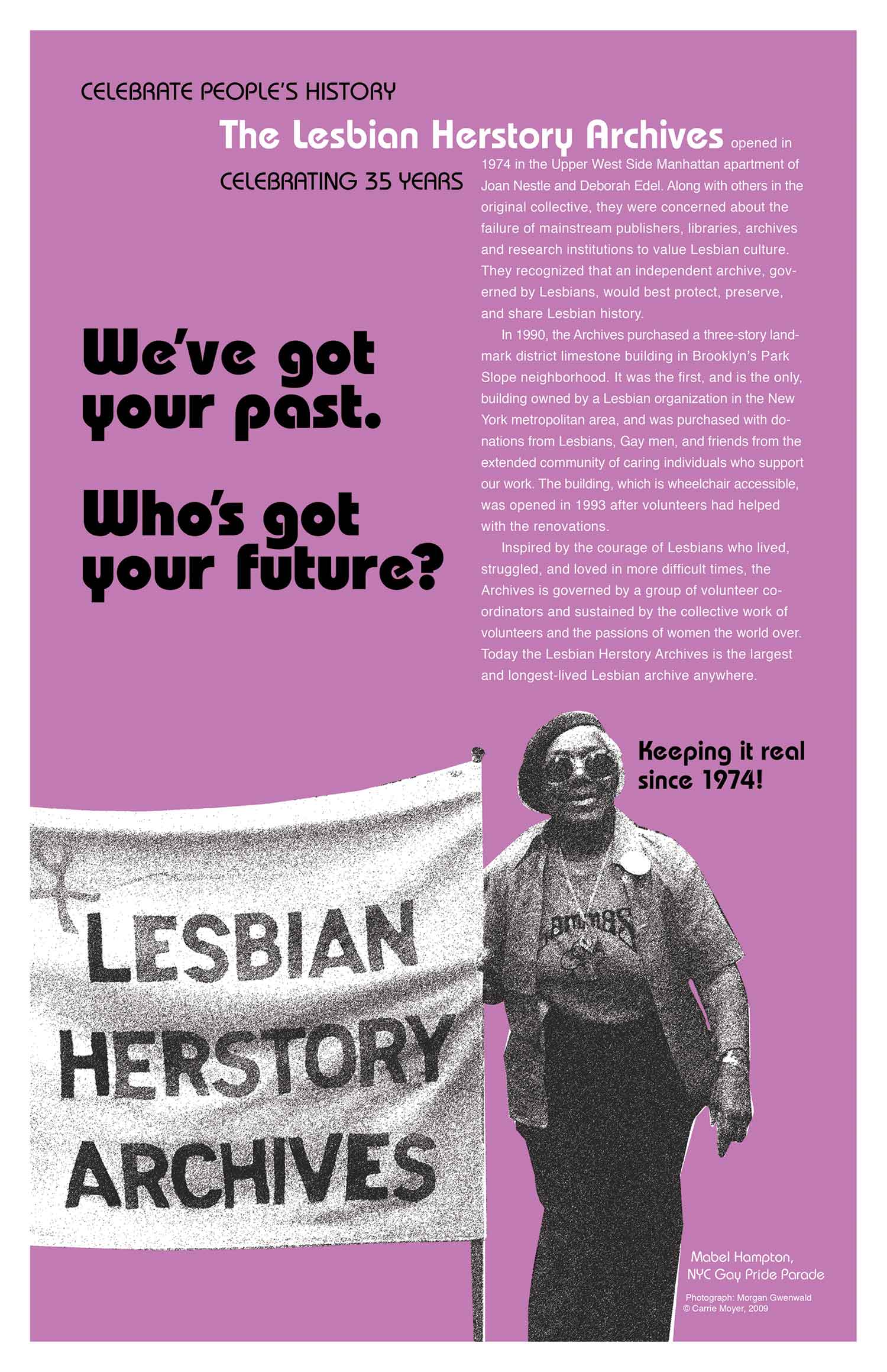 We’ve got your past. Who’s got your future?

The Lesbian Herstory Archives opened in 1974 in the Upper West Side Manhattan apartment of Joan Nestle and Deborah Edel. Along with others in the original collective, they were concerned about the failure of mainstream publishers, libraries, archives, and research institutions to value lesbian culture. They recognized that an independent archive, governed by lesbians, would best protect, preserve, and share lesbian history.

In 1990, the Archives purchased a three-story landmark district limestone building in Brooklyn’s Park Slope neighborhood. It was the first, and is the only, building owned by a lesbian organization in the New York metropolitan area, and was purchased with donations from lesbians, gay men, and friends from the extended community of caring individuals who support our work. The building, which is wheelchair accessible, was opened in 1993 after volunteers had helped with the renovations.

Inspired by the courage of lesbians who lived, struggled, and loved in more difficult times, the Archives is governed by a group of volunteer coordinators and sustained by the collective work of volunteers and the passions of women the world over. Today the Lesbian Herstory Archives is the largest and longestlived lesbian archive anywhere. Keeping it real since 1974! (Photograph: Morgan Gwenwald)

This is #94 in the Celebrate People’s History Poster Series

Carrie Moyer is an artist and writer. Her work has been exhibited widely, in both the US and Europe. 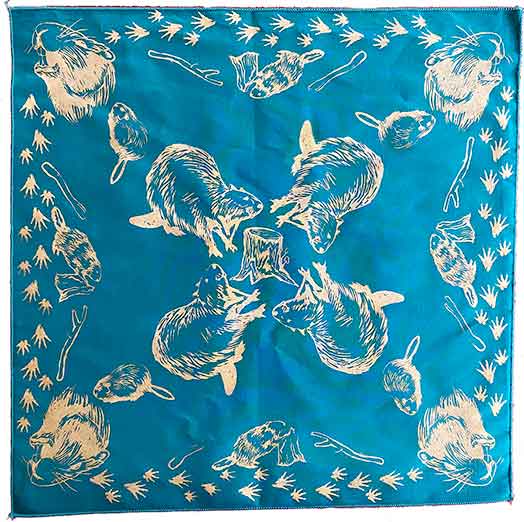 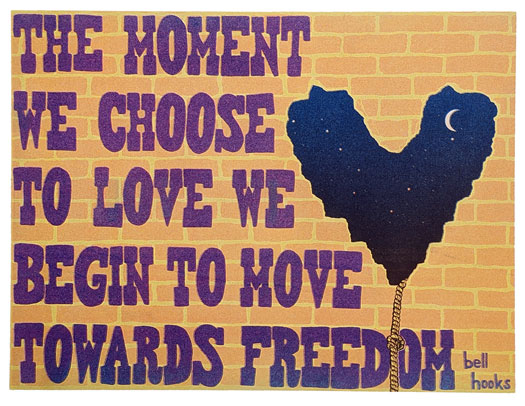 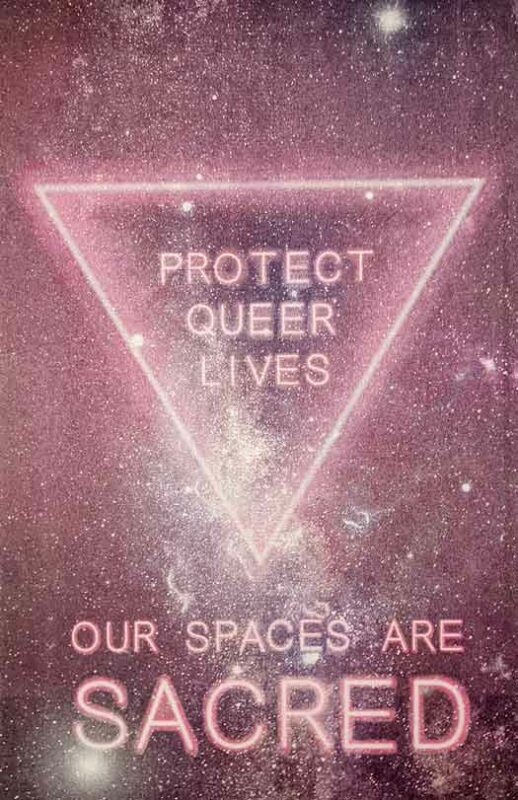 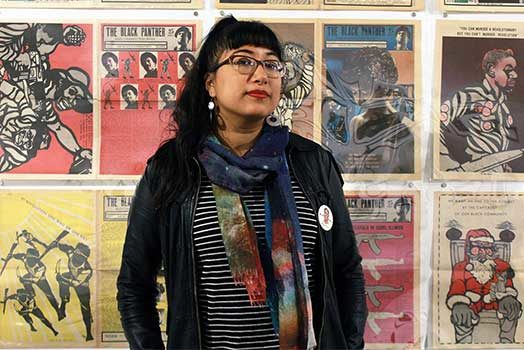 Monica Trinidad is an inspiration and transformational force in the Chicago arts and activist community. She is a queer Latinx abolitionist artist, activist and organizer with a clear vision of…