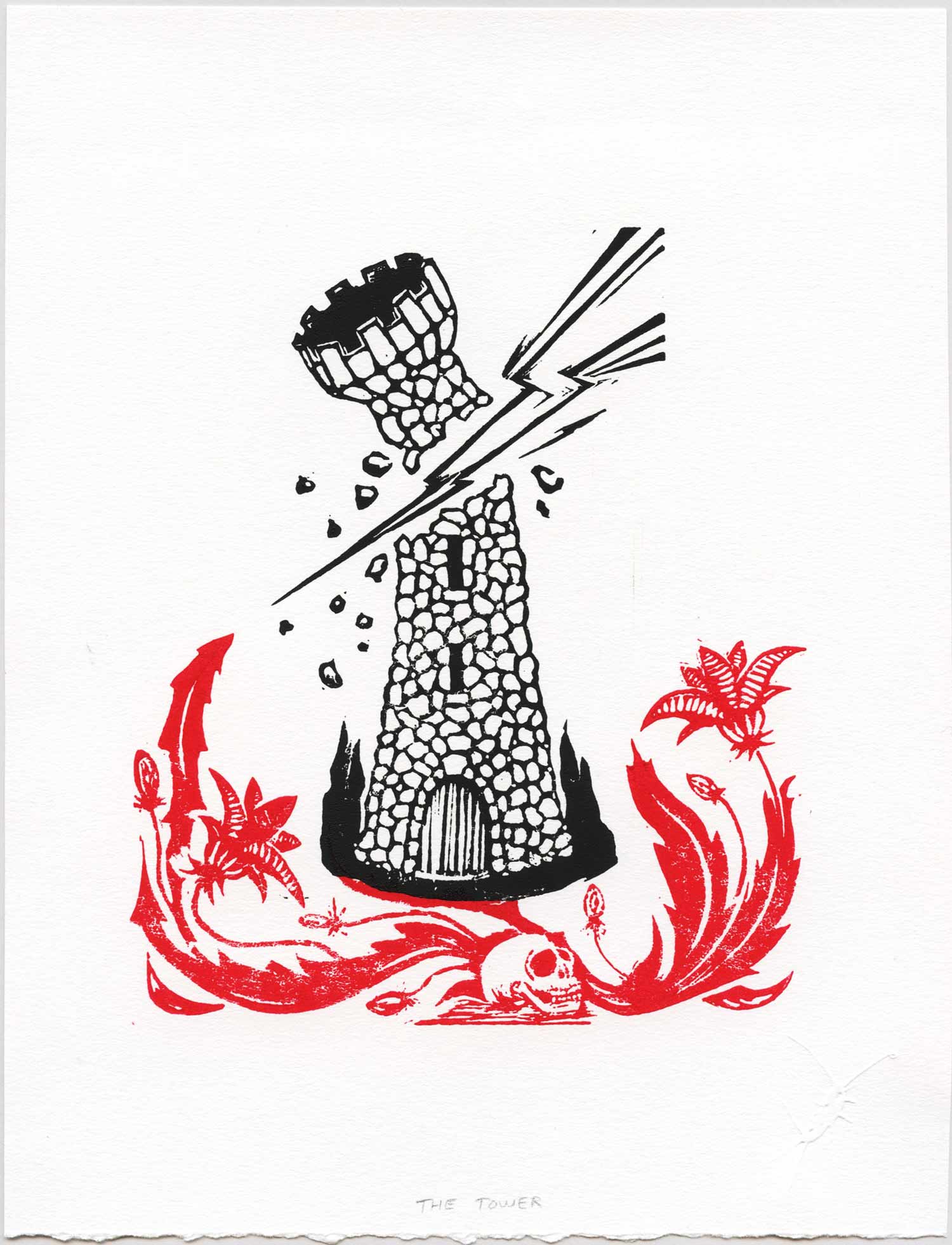 In tarot, The Tower is a Major Arcana card which classically presents an illustration of a stone tower or similar fortification: ablaze, crumbling, beset with lightning and sometimes with desperate people leaping from it’s ramparts. Allegorically, this represents monumental change: destruction in the service of rebirth, the bringing down of a fortress, an annihilation of an existing order which, while perhaps painful, importantly makes way for regeneration. Shock, and the glorious crumbling of false foundations built on hubris.

The second block, printed as a red ink layer, features some abstracted “weeds” — pioneer species of flora setting about the hard work of rehabilitating a poisoned soil. From the work of these plants, many of which people despise at face value, new and more robust soil and ecosystems emerge in time.

Both color blocks were registered, inked, and printed by hand, rather than on a press. As such, there are slight variations per print.