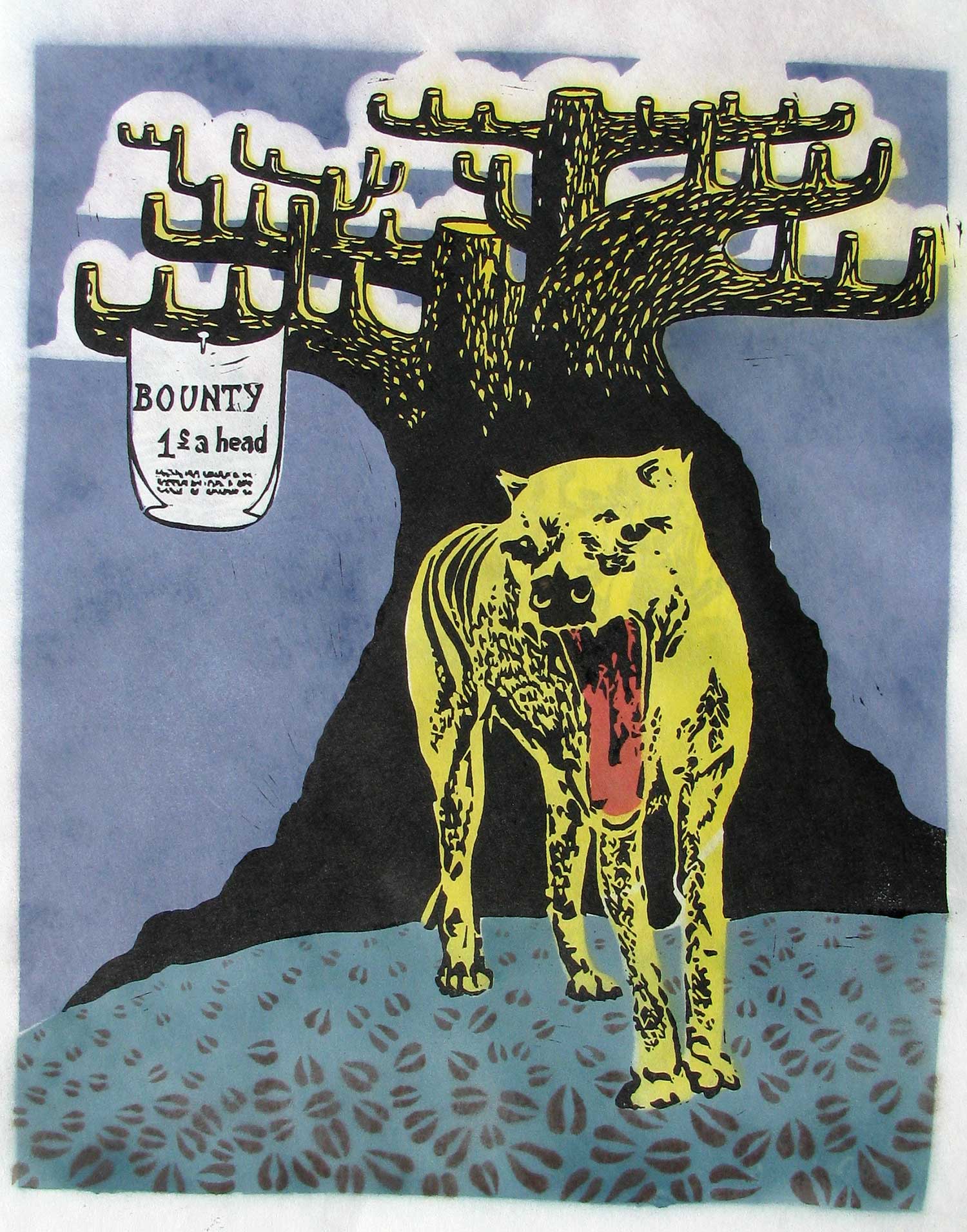 Another in my extinct animal series, here we have the Thylacine, also known as the Tasmanian tiger. An amazing example of convergent evolution, this was a dog-like creature distantly related to possums and kangaroos. A marsupial wolf. And guess what, it’s extinct! By the time the British showed up in Australia, the Thylacine was only found on the island of Tasmania, and now is not found anywhere. The story of the Thylacine’s extinction is one of the most uninspiring tales of human greed, idiocy, duplicity, and chauvinism that I have ever come across. In a nutshell, I’ll sum it up thus: Sheep-herding concerns in Tasmania employed convict labor to produce wool on marginal lands. The convicts rustled the sheep, as did settlers. Packs of wild dogs, released into the wild by the settlers, wrought havoc on flocks. The big-wigs in London complained: Where are the big, big profits? Not wanting to appear incompetent, the operators in Tasmania blamed the sheep problem on the Thylacine, said to be seen skulking about and ravaging the lambs. They issued a bounty. Soon, all the Thylacines were dead. The last Thylacine died in Hobart zoo, in Tasmania, in 1936. It died of exposure, because the zoo owners had decided that they didn’t have to pay the caretaker because she was a woman, and had taken away her keys to boot.

A note on the process: To make the image of the Thylacine, I first printed out a heavily pixellated image from the internet and used it to make a traced sketch. Then I made a stencil out of the sketch. I transferred the stencil to the linoleum block and then completed the rest of the image. The form is still present after so many iterations, but the memories are fading.