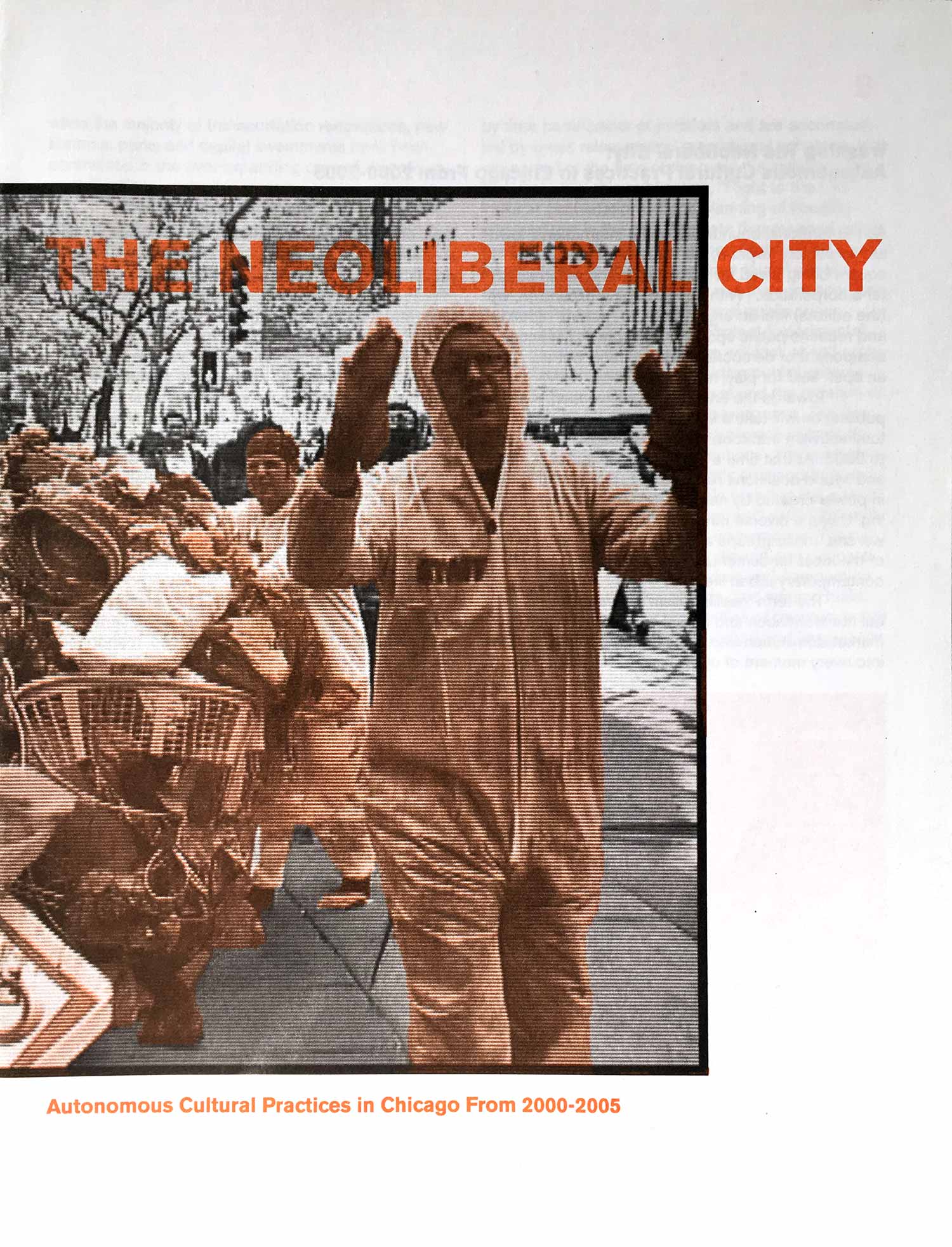 Chicago is a post-industrial success story. At least that is what a major news article on the 3rd largest city in the U.S. had to say about the matter in 2006. Increasingly cities, especially those that qualify as “Global Cities” of significant importance to the world economic stage, compete for success in terms of quality of life for white collar service workers and the so-called Creative Class and to facilitate the proper business climate to satisfy the needs of globalized capital. Other characteristics include the privatization of services previously managed by the state and the deregulation of labor and markets. Aspects of this contemporary phase of neoliberal capitalism are new, while some are as old as the free market itself. When we look at the implications of such a moment in time on a single city, many questions about the social impact on precarious residents arise. This publication catalogues a diverse range of cultural projects that responded to and questioned the state of social and political life in Chicago at the turn of the century. 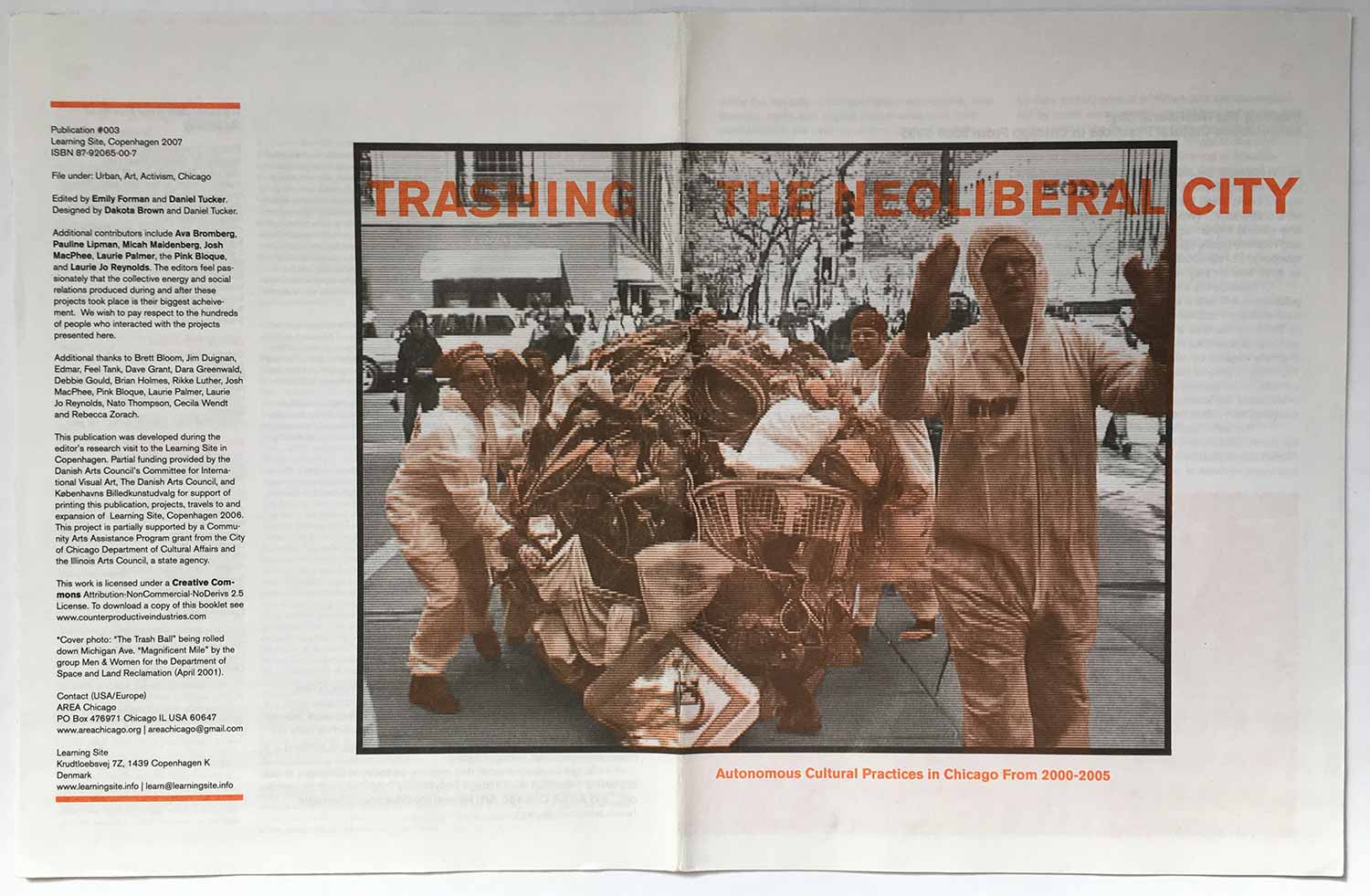 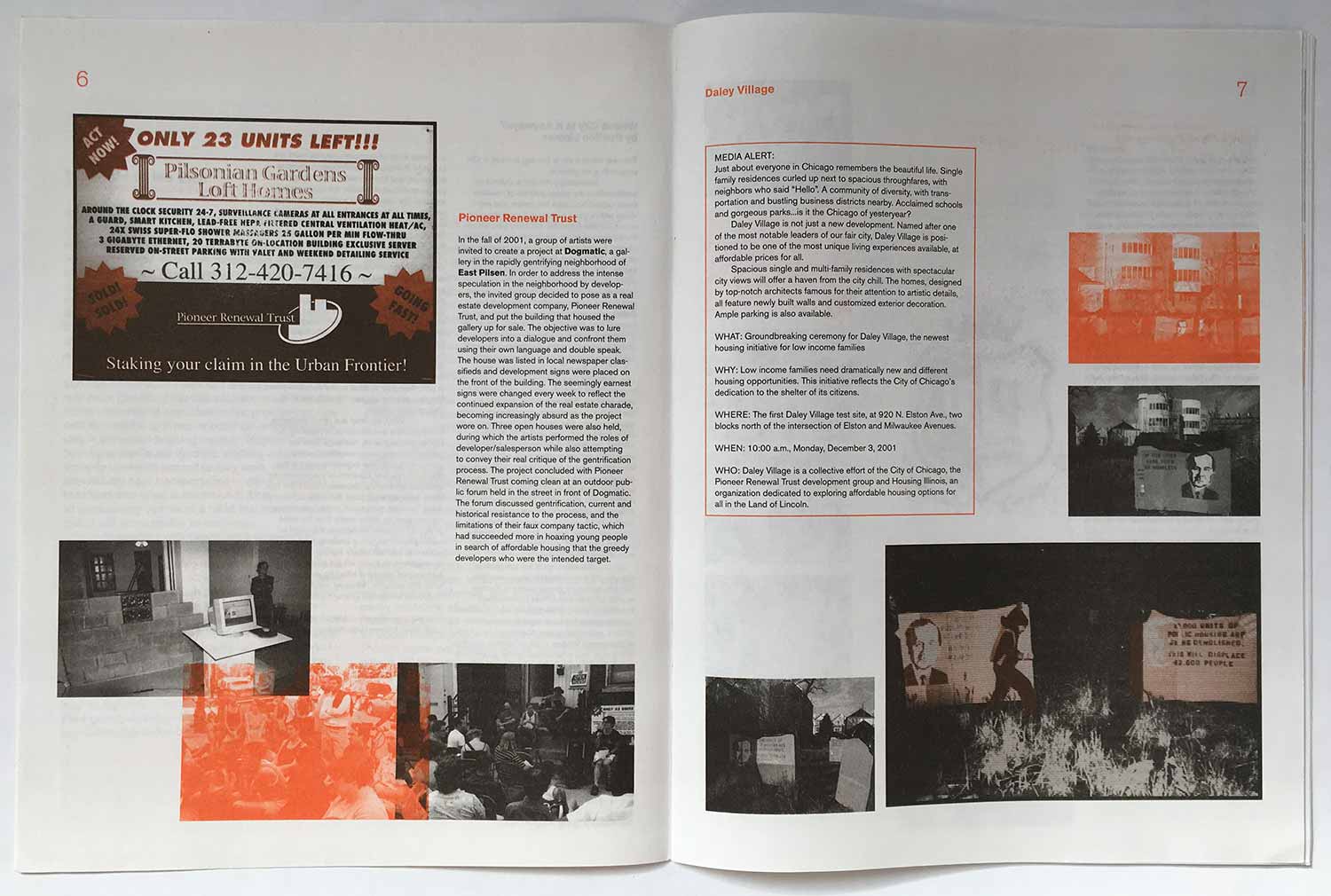 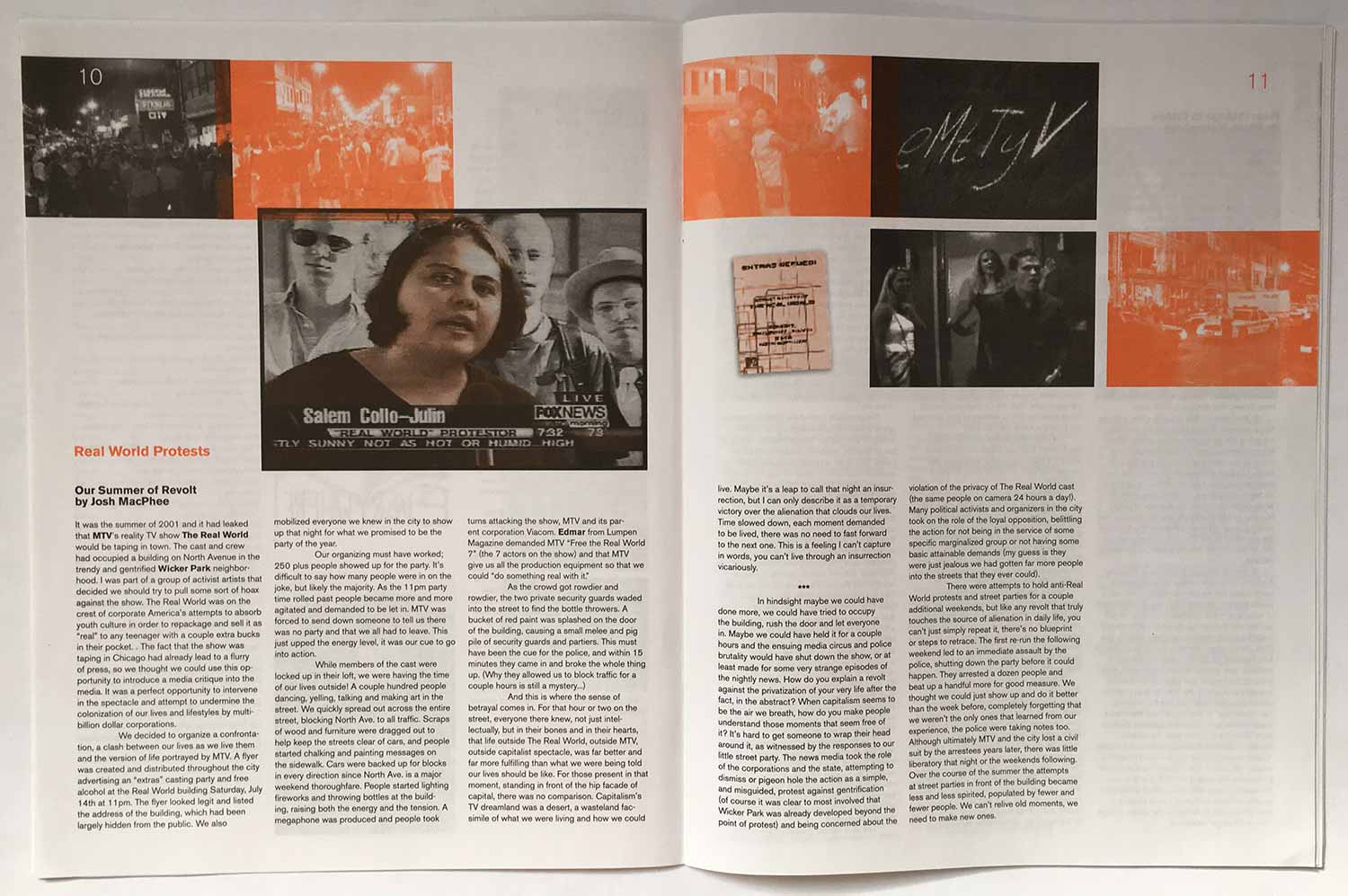 The projects in this publication raise fundamental questions about our right to the city and the possible uses of culture in the struggle for community self-determination: How do we want to interact with our neighbors? What kinds of reforms do we want from the state and what kinds of collective infrastructures should we be building ourselves instead? What kinds of spaces encourage resistance, free movement and the well being of the whole population?

Most of the work featured in this publication has never been published or seen in print. For the first time, seventeen of the most compelling self-organized projects, events and initiatives from Chicago’s first decade of the 21st century have been catalogued together to present a document of a unique period of cultural activism. Only the surface is scratched with 1-3 pages dedicated to each individual project, yet we get a sense of the projects essence and motivation through the inclusion of original press releases and reproductions of promotional materials as well as documentation. The work is divided up into three sections which attempt to organize the work according to it’s most significant themes. The sections are “The Right to the City” featuring work that deals with housing and gentrification, “Protest Experiments” that address the policing of public space and dissent, and “Social Reorganization” which offers alternative contexts for gathering and relating to strangers, friends and collaborators in times of intense alienation and social isolation. 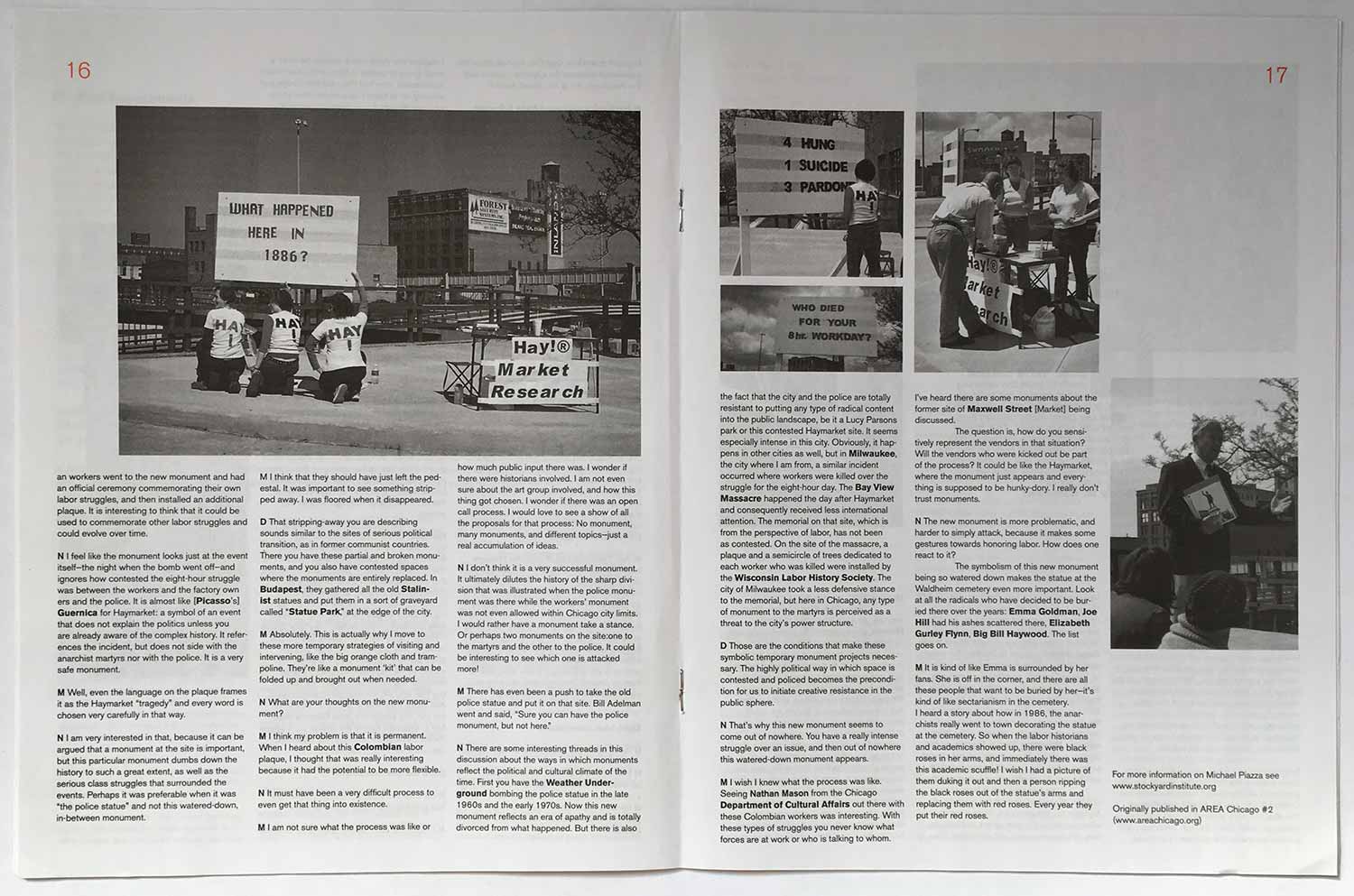 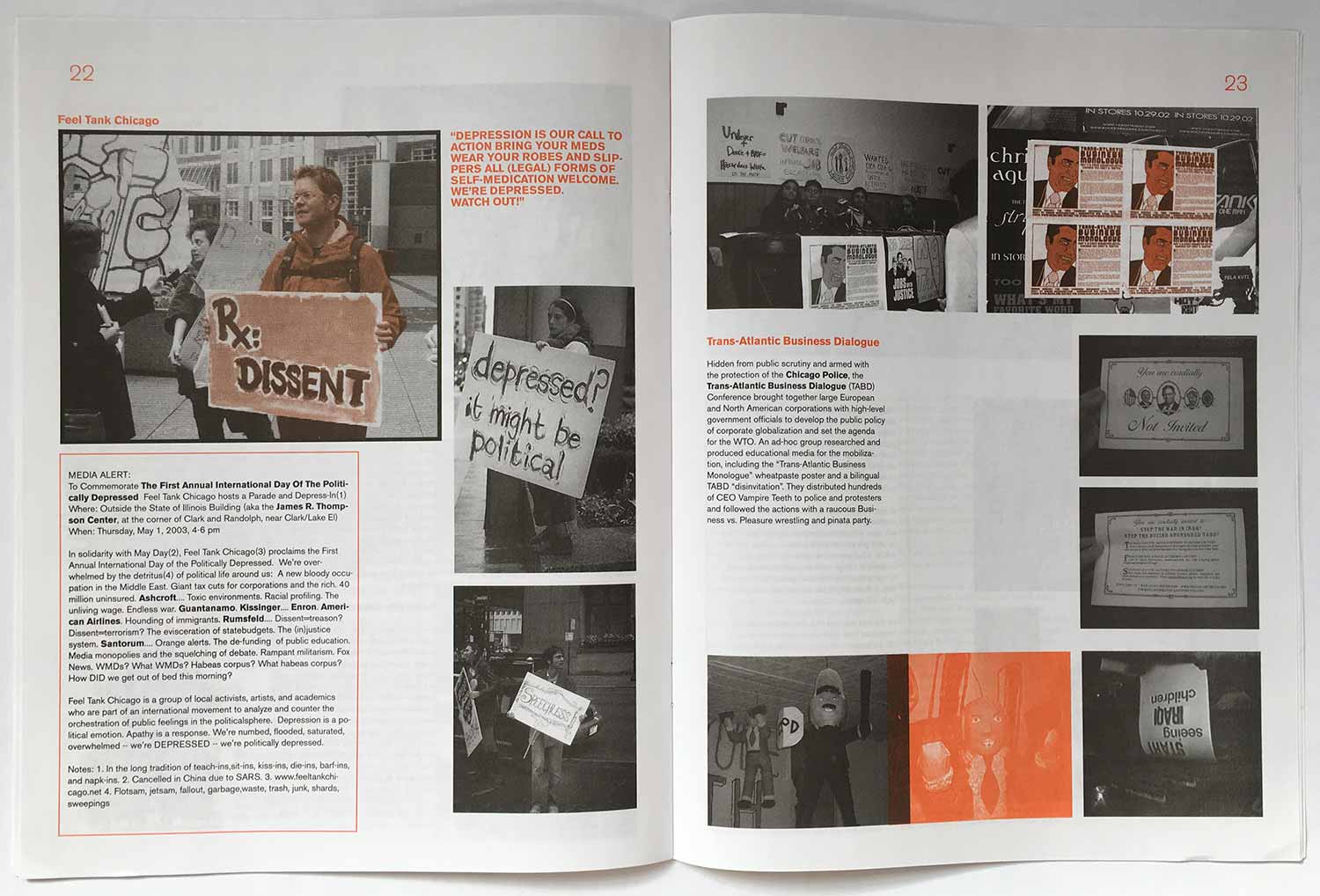 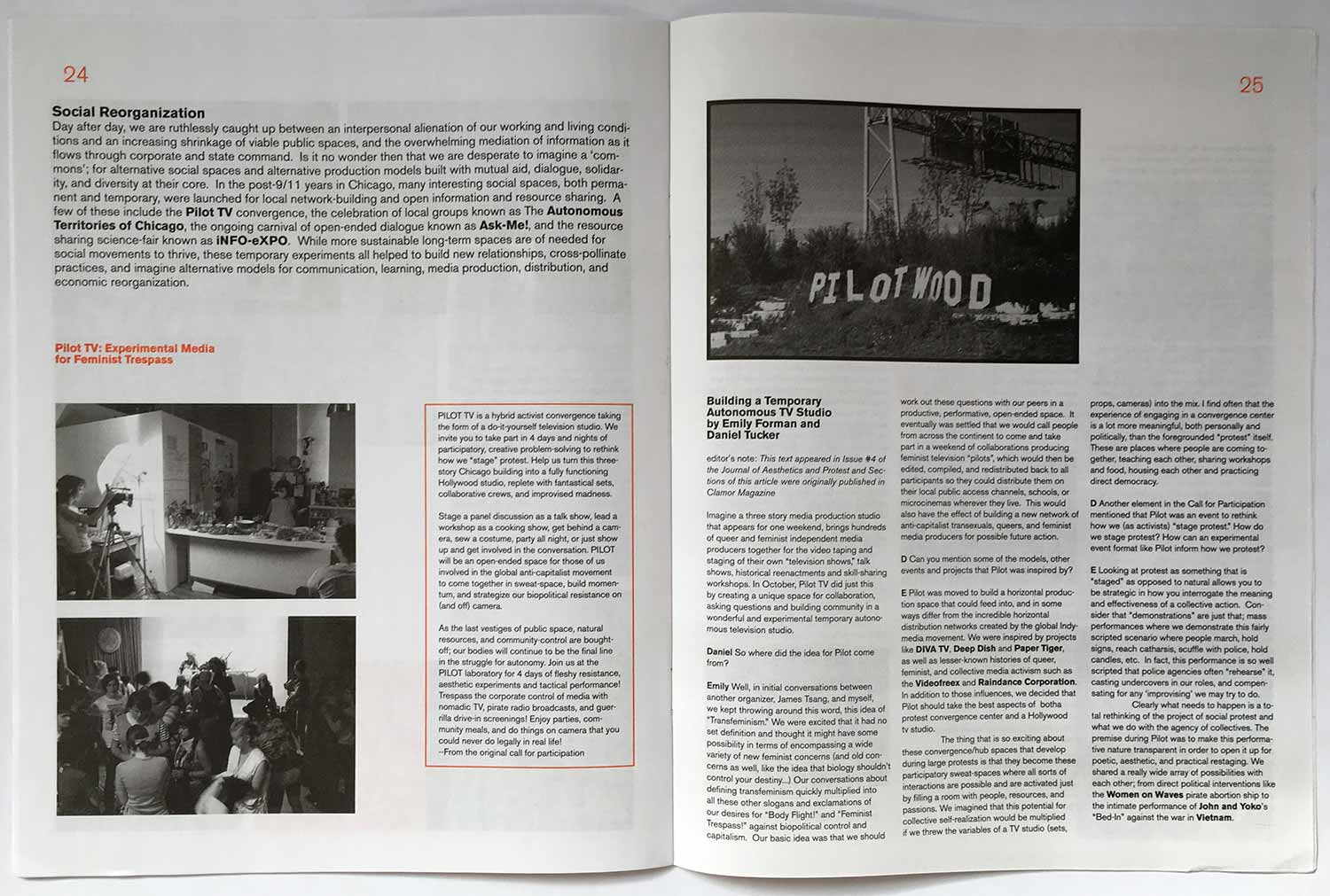 Projects Featured in the Publication:

Right to the City 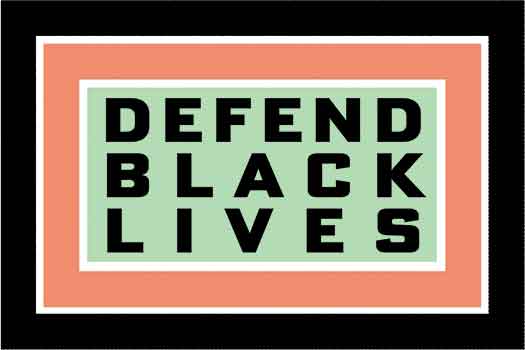