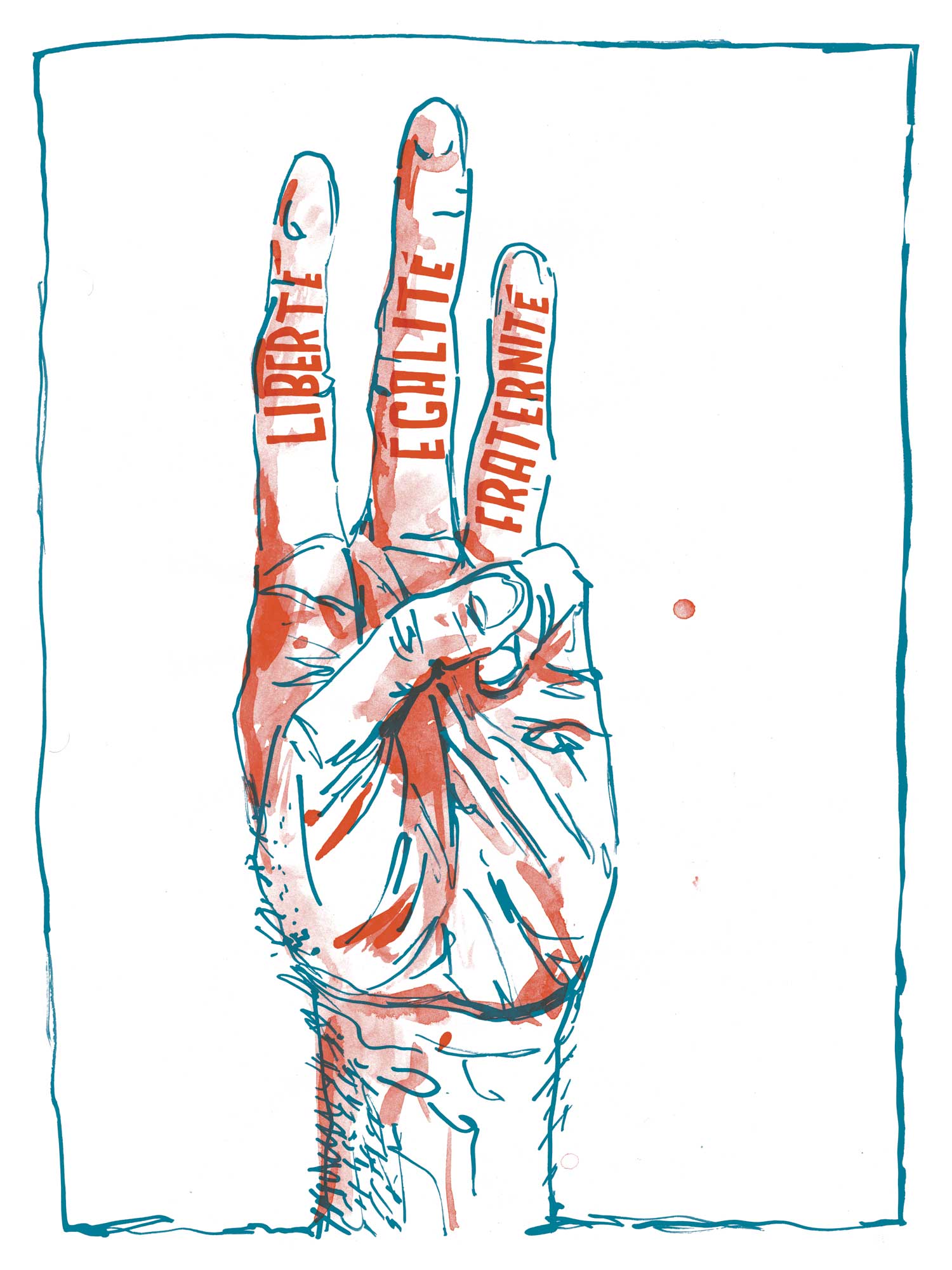 A French version of my Three Steps print (HERE), but this time the finger text is replaced with the three-part slogan of the French Revolution: Liberty, Equality, Fraternity. I produced this edition for the Justseeds entry in the 2014 Quebéc Biennal. The intention was to inject the liberatory spirit of the French Revolution into the increasingly regressive dialog around Quebéc nationalism. What does it mean to be “French”? Should it not be based in these three simple ideas?

Printed at Repetitive Press in Toronto.