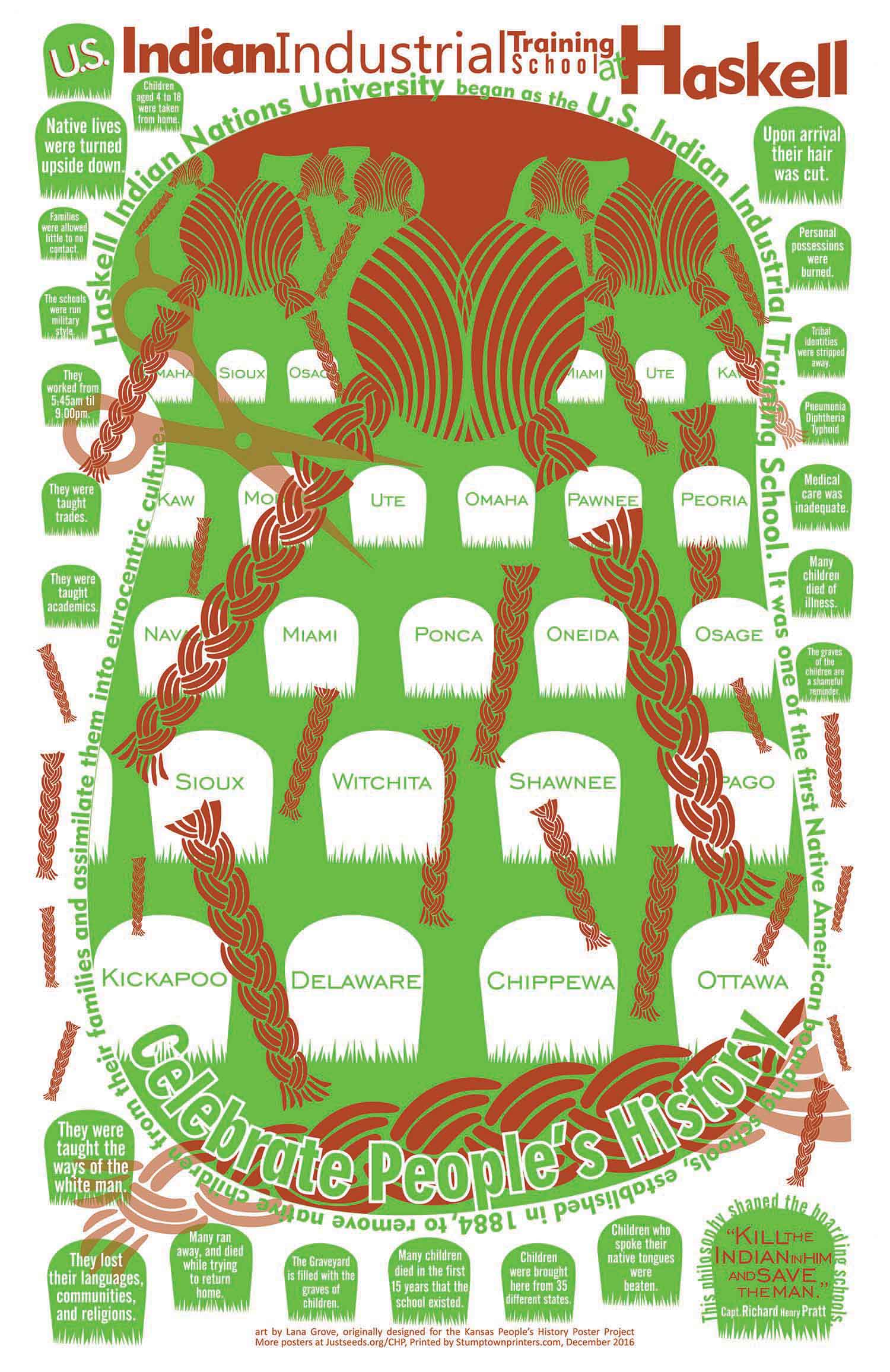 Haskell Indian Nations University began as the U.S. Indian Industrial Training School. It was one of the first Native American boarding schools, established in 1884, to remove native children from their families and assimilate them into eurocentric culture.

It is important to never forget what was done to thousands of Native lives in the boarding school system. It is also important to recognize that Haskell Indian Nations University is currently a Federally-funded school which is free for Native peoples and is an active center for Native research, history, and culture.

This poster was originally screenprinted as part of the Kansas People’s History poster project.

This CPH edition printed at the worker-owned Stumptown Printers, Portland, OR.

This is #110 in the Celebrate People’s History Poster Series.

Lana Grove is a Native artist based in Lawrence, KS.