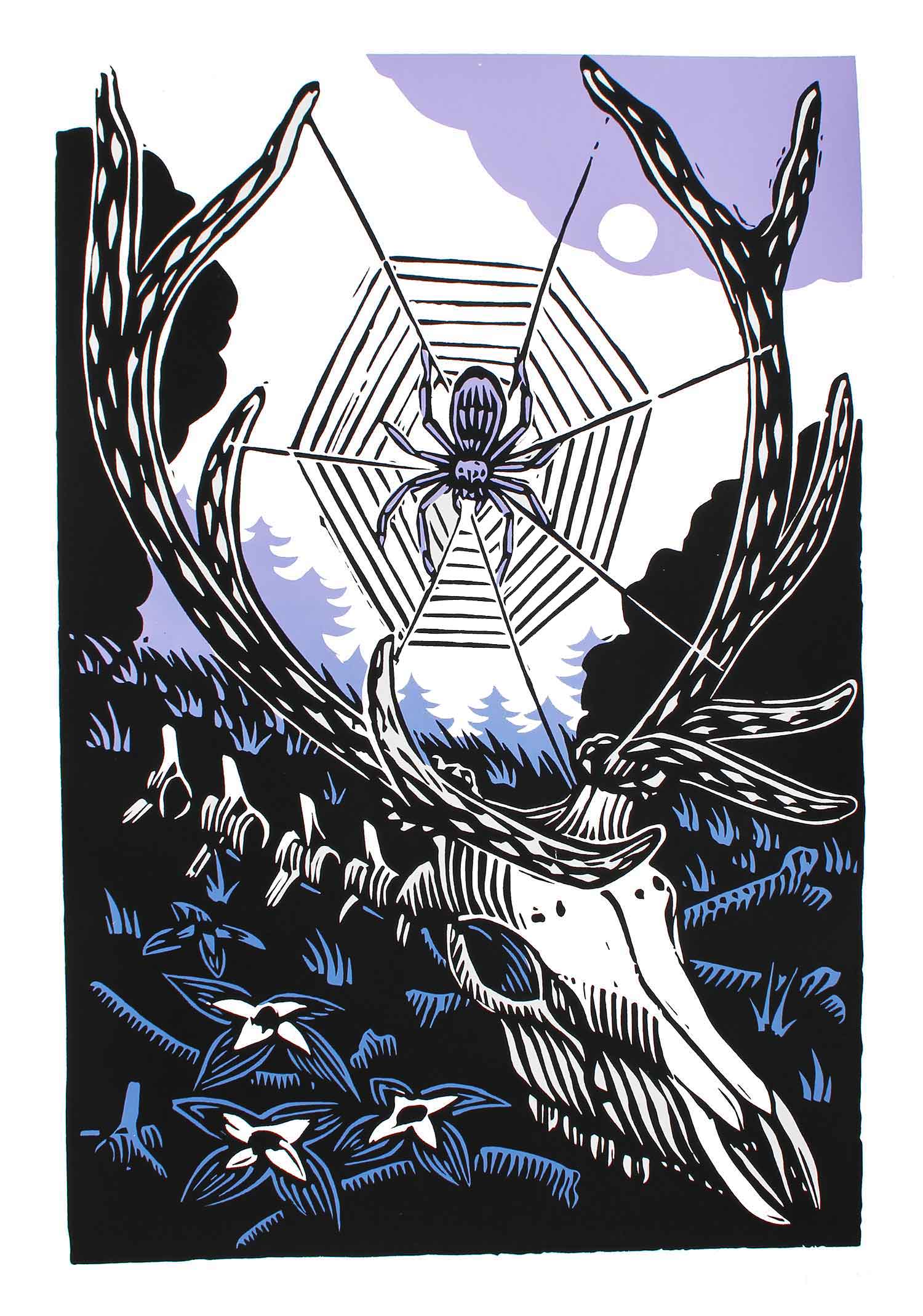 During the (still ongoing) months of uprising and protest in Portland, an Elk statue in a park downtown across from the Justice Center became the focus of a lot of the protest energy, a symbol of what people were fighting for. The statue faced the Justice Center, so it felt like an emblem of the natural world confronting the black-clad stormtroopers of the police state. It was removed some time ago after damage to its base, but the image of the elk has become part of the iconography of protest in Portland. I made this image while thinking about the endurance of movements, of the structures they create for other things to build on.

This print is a bit of an experiment in process. I made the central image as a very small linocut, then scanned it, vectored it in Illustrator, and scaled it up significantly in size. Then I used my normal rubylith technique to generate a color layer, which I printed with a purple-to-blue split-fountain fade. I like the way the vector process slightly distorted the shapes of the cut-marks in the lino; it gives it a novel quality, something slightly different from the usual.