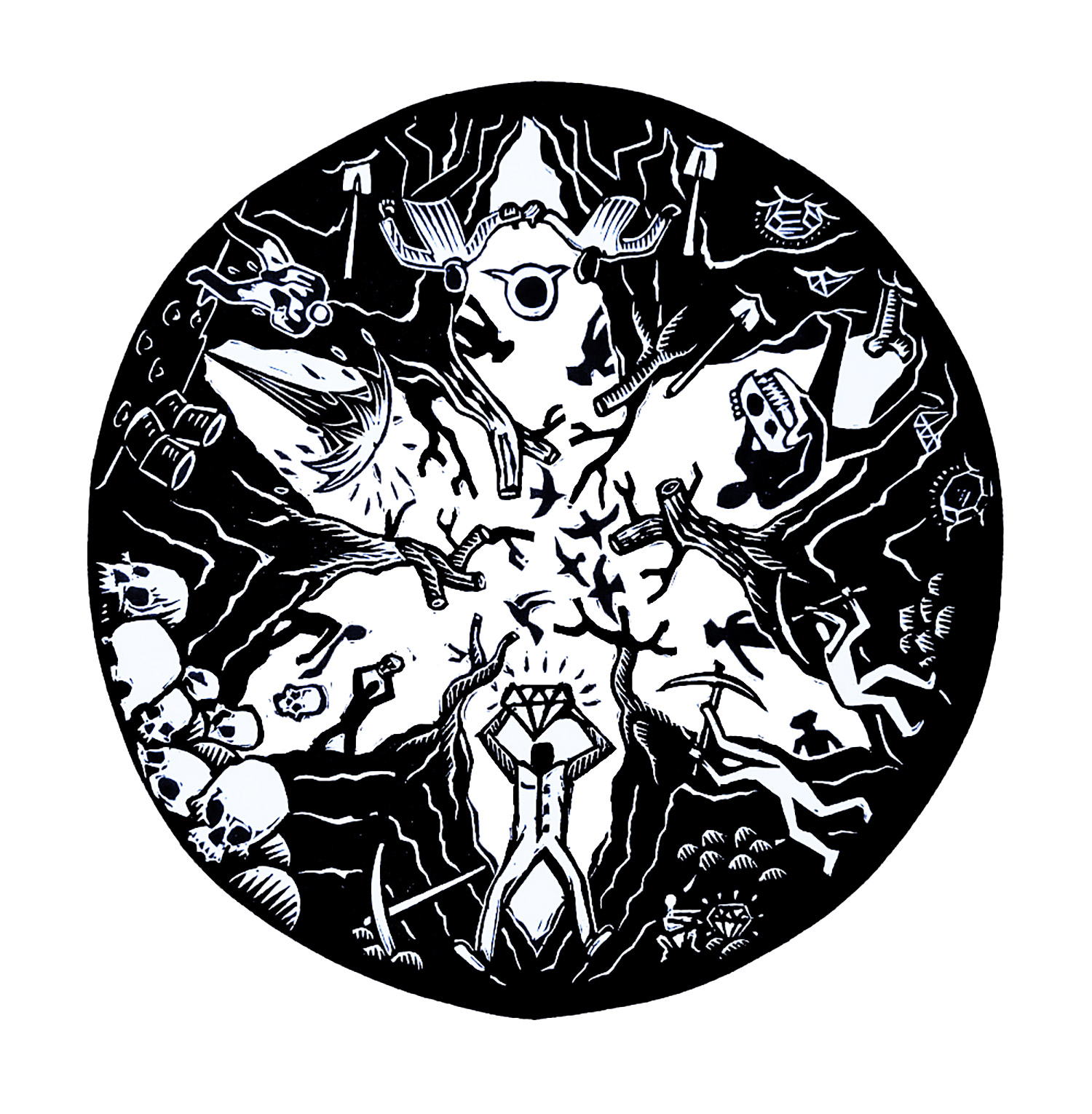 This is the fourth of six blocks carved while in residence at Nafasi Art Space in Dar Es Salaam, Tanzania in April of 2022. All of the images I made during the residency were in response to some aspect of Tanzanian ecology, economics, and history, and this one focuses on mining and extraction. The title is a play on the idea of property and struggle- if we are going to share the wealth of the world, then we must share the struggles as well.

There are two threads of three images in this linocut, which were composed in a circular motif to match and marry the other blocks in the series but also as an experiment in getting more visual information into a limited space.The two threads, alternating counterclockwise in the image, reflect the status of extractive industry in the country, and popular responses to it.

Extraction: Tanzania’s popular media is full of stories about lucky finds of gems and precious stones, and many globally significant fossil finds have been made reflecting primate development and other prehistoric phenomena. The country is also the site of oil exploration, and is planning large expansions of natural gas and oil pipelines. 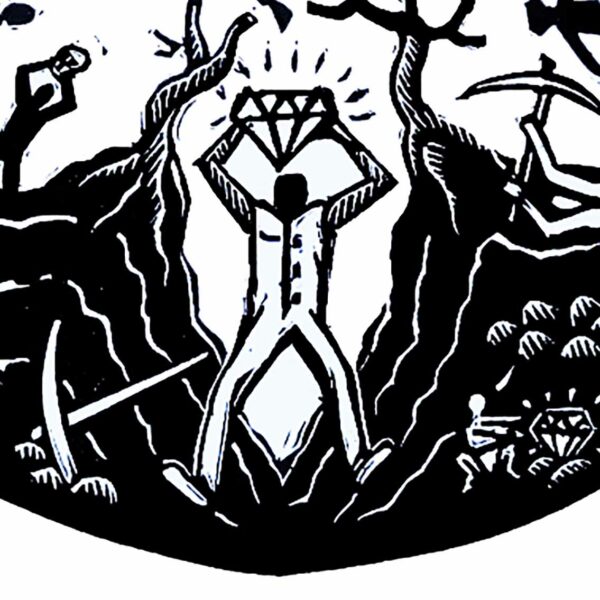 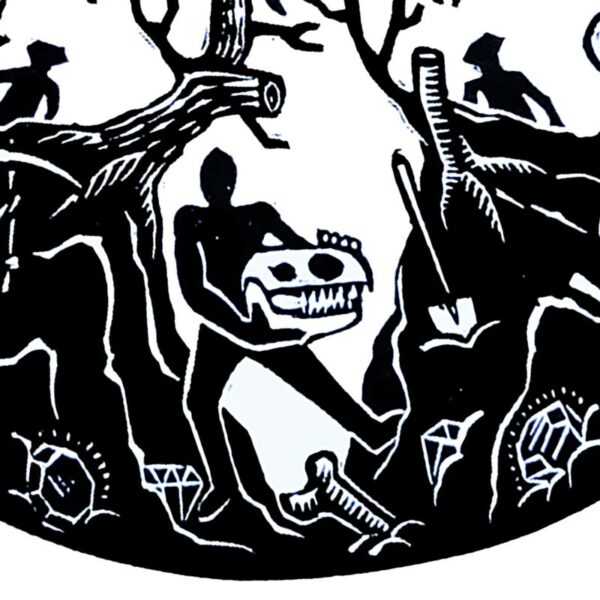 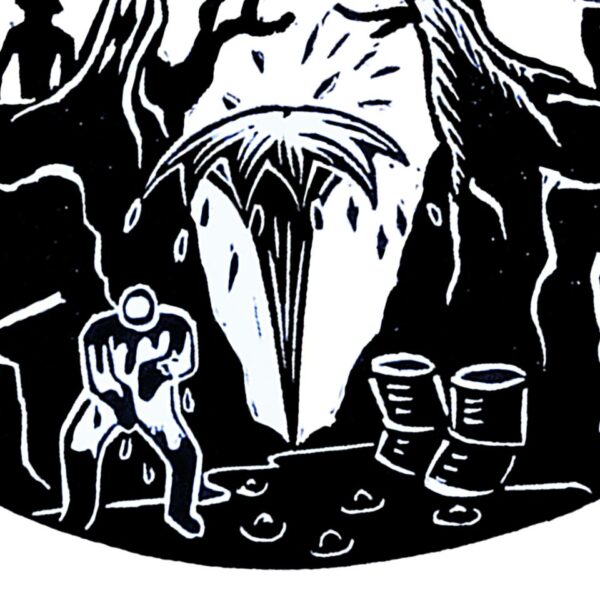 Resistance: While I was in Tanzania there were several outbreaks of labor unrest at gold mining sites across the country. All gold mining is done in partnership with European and Canadian firms, and the industry ruthlessly exploits and degrades the workers who dig the ore. The thread of resistance in this image captures the inception of solidarity under oppressive conditions, and potential consequences under a regime that maximizes profit at any expense. 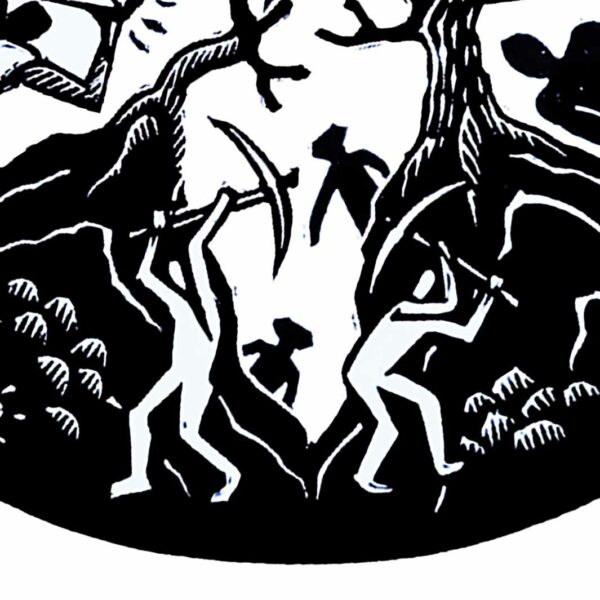 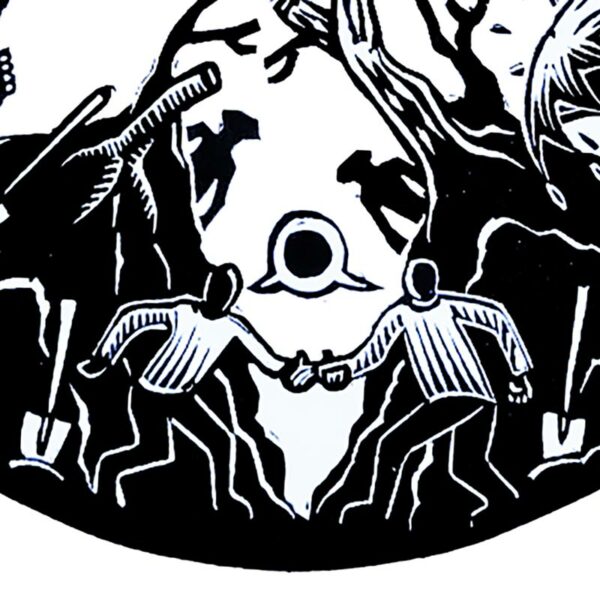 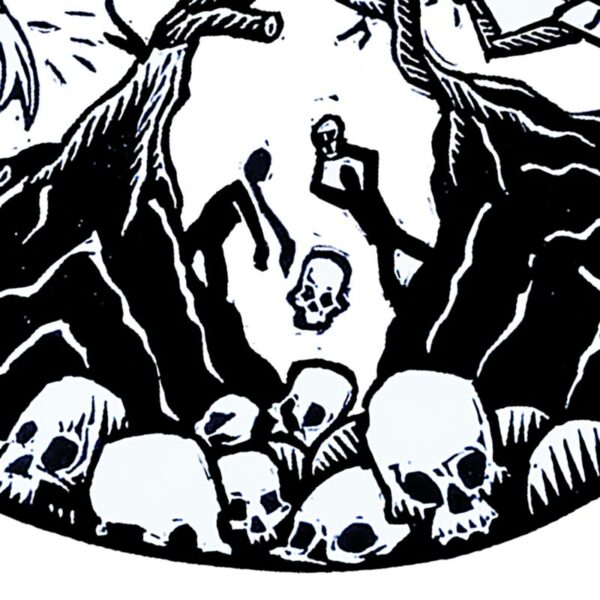 Printed on a Vandercook 3 Letterpress in Portland, OR, USA.