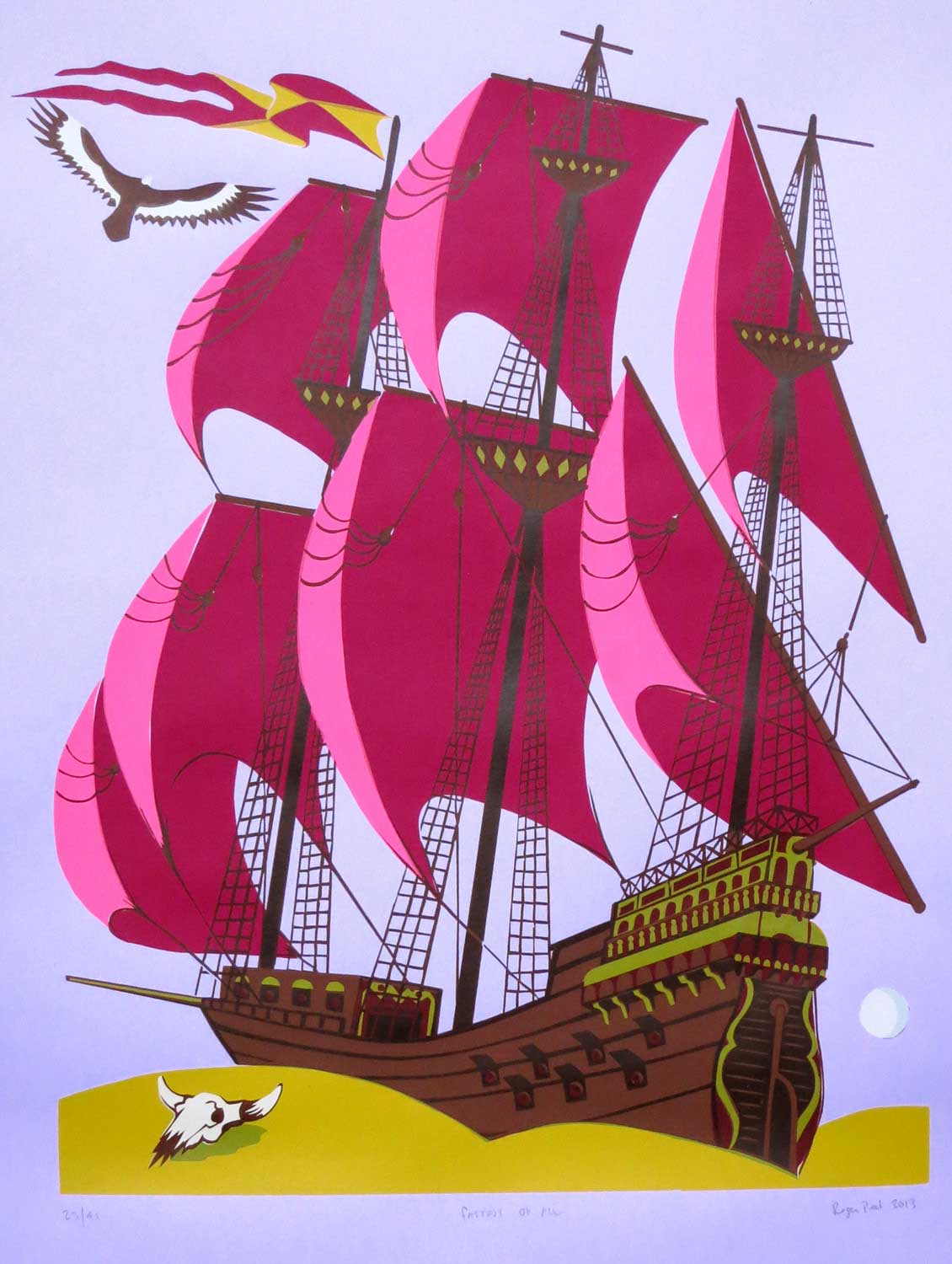 This is the third in a series of prints using tall ships as metaphors for civilization and the myth of progress. The ship in this image is based on a Manila Galleon- the massive trade ships of colonial Spain that sailed between the Philippines, the Americas, and Europe, bearing the fruits of empire home, and the weapons to enforce that trade outward to the colonies. The world of capitalism is still run on that model, but the larger world is changing around it. Soon all these ships will sail very different seas indeed.

This print was cut by hand from six individual rubylith films and hand-printed at Flight 64 studio in Portland, OR. 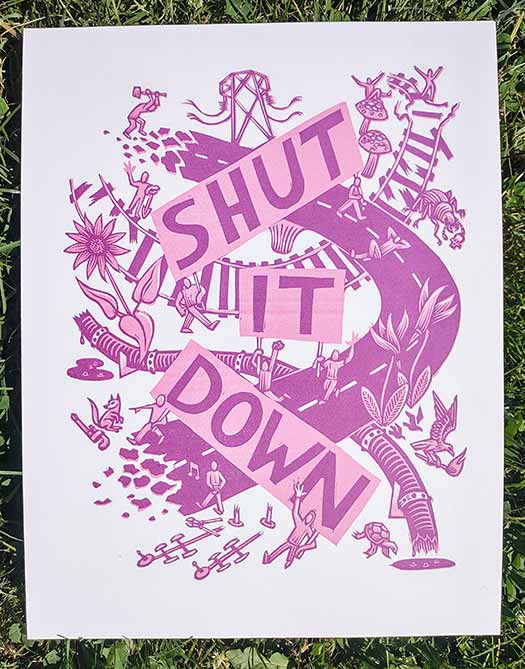