Hacavitz is a Black Metal band from Mexico City (formerly Queretaro). The band took their name from the Mayan god Jacawitz that is a mountain deity. Jacawitz actually means Mountain Fire in the old Mayan language.
So lyrically and graphically they take most inspiration from Pre-Hispanic indigenous spirituality and beliefs. Drawing from some of the darker aspects of indigenous cosmology. In this and previous records they mix Nahuatl, Spanish and English in their lyrics, song titles and album titles.

Black Metal historically has drawn inspiration from anti-Christian or pre-Christian beliefs and philosophies to Pagan practices as well as Nordic mythology. Its been almost 30 years since Bathory, Venom and Hellhammer started playing what later would be considered Black Metal, named after Venom’s popular record title.
So of course it wouldn’t make any sense for a Mexican band to try to write lyrics about the cold winters and Nordic mythology, well specially since there is such cultural richness here in Mexico and across the Americas, and there would have been a lot more if it weren’t for colonization.
Hacavitz are dear friends of mine and for a while I’ve been doing covers and shirts for them. It’s always a pleasure to work with these folks, since they and I share similar interests in imagery and music. Their music is crushing and it gets increasingly better as the years go by.
This album came out this year and it’s their second EP, and there will be a 1000 seven inches pressed. This cover like their others follows a concept and a story based on the Popol Vuh that is depicted on every album they come up with.
The record cover is really two layers. So the circle around the moon is cut out of the first cover that shows the ouroboro (snake eating its own tail).
So moons, snakes and arrows it is!
Visit their shitface here. 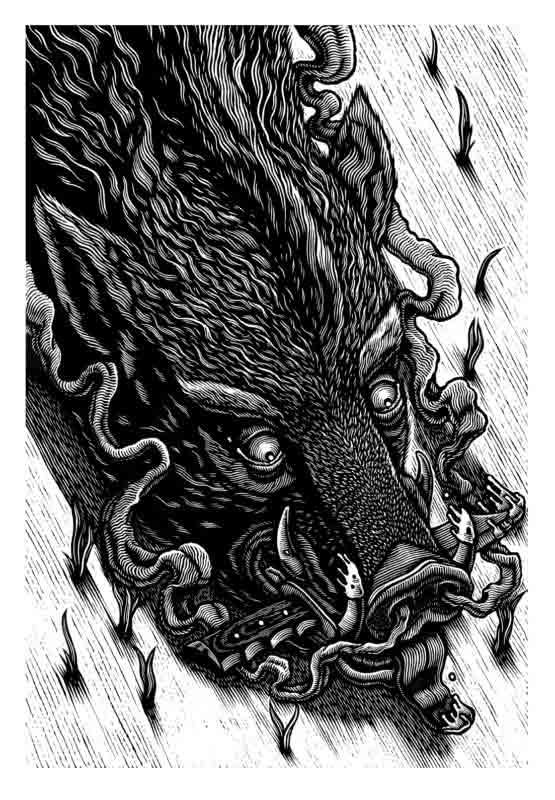 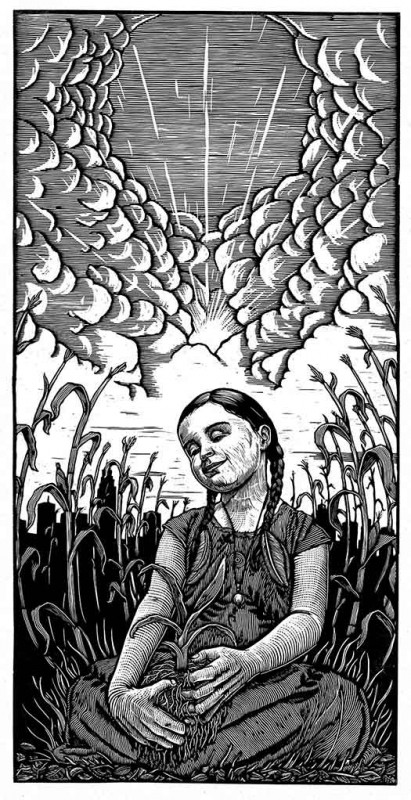 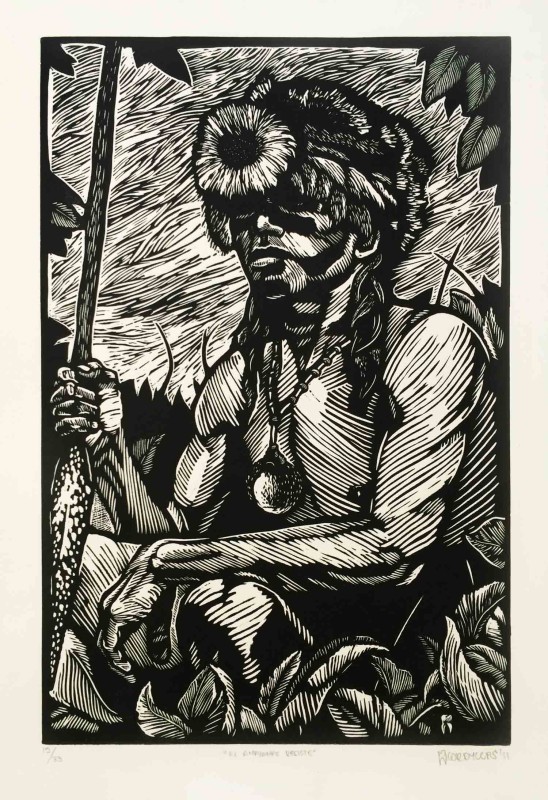