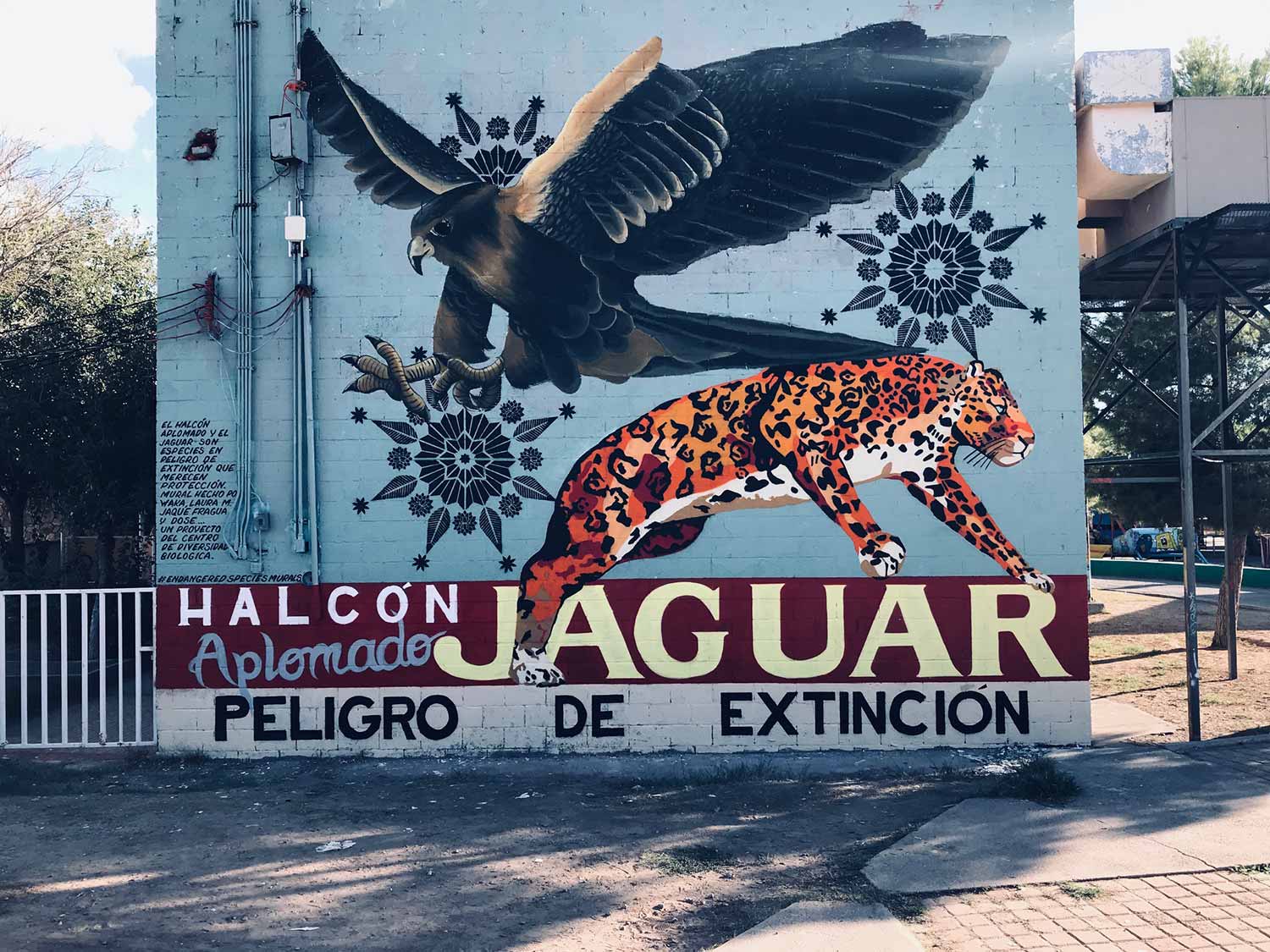 516 Arts in Albuquerque just opened a massive show of artworks addressing the biodiversity of the area drained by the Rio Grande river, and the threats that it faces. It’s called “Species in Peril Along the Rio Grande”. Some incredible work is included, as well as months of events featuring artists, indigenous leaders, and cultural workers examining and speaking about the incredible biological context that inhabits the Rio Grande basin, extending from Northern New Mexico through Chihuahua in Mexico and out to the Gulf. I had the opportunity to help to produce two murals as part of the project, collaborating with artists and organizers in New Mexico and Chihuahua to create a pair of wall-paintings illuminating some of the threatened wildlife of the region. The murals were designed and painted by Jaque Fragua (of Jemez Pueblo) and Dose (of LA) from the US and Juan Carlos Reyes and Laura Meneses of Ciudad Juarez in Mexico. The first is installed in Parque Borunda, a popular public outdoor space near one of the major crossing points, and features the Jaguar and the Aplomado Falcon. The next graces the foyer of the Rubin Center for the Visual Arts at the University of Texas El Paso, and features the Mexican Grey Wolf, the Southwest Willow Flycatcher, and the Monarch Butterfly. All of these species are cross-border migrants, representing the resilience of border communities to the violence of late capitalism.

These two works were created with help from Kerry Doyle of UTEP and Ernesto Leon De La Rosa of the Universidad Autonoma de Juarez, and with sponsorship from the Center for Biological Diversity’s Endangered Species Mural Project , the Rubin Center, and 516 Arts. 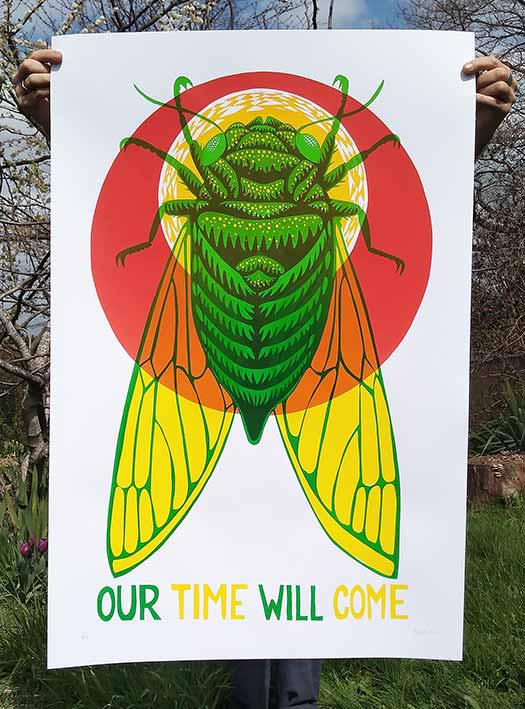