50 years ago the Student Nonviolent Coordinating Committee (SNCC) dubbed the March on Washington the “Farce on Washington.” They had good reason to level such a harsh critique.

SNCC – by far the most radical of the four major Civil Rights organizations (the others being SCLC, CORE, and the NAACP) – felt that the event was too cautious in its demands, the speeches too sanitized, and the critiques of the power structure too limited. SNCC knew that the Kennedy Administration had completely failed to protect the lives of Civil Rights workers, and African Americans in general, and they felt the March on Washington – while still important – would make a largely unresponsive Federal Government look good in the eyes of the world. That by simply allowing a mass gathering on the Washington Mall to happen, the Kennedy Administration would appear as if it truly supported the black freedom movement and its demands for racial and economic justice.

This tension – to call out the shortcomings of the Federal government or not – dominated the behind-the-scenes debates by event organizers. Central to the debate was to keep the radicals in line. The speakers were made to submit a copy of their speech for “review”, and John Lewis, the Chairman of SNCC, was essentially told that he would be barred from speaking if he did not delete the sections of his speech that critiqued the Kennedy Administration. Lewis complied, yet still delivered a powerful message that represented SNCC well, while also serving to illustrate just how different SNCC was from the more mainstream Civil Rights organizations – most notably King’s SCLC.

That said, one can somewhat understand the point of view of those who articulated a cautious approach. A. Philip Randolph – one of the guiding lights of the March – argued that antagonizing the Federal Government during the March would be counterproductive if one wanted the government to act as an ally; that the image of one hundred thousand-plus demonstrators – mostly African Americans – would help galvanize the movement, would showcase its power, and would pressure the Federal government to eventually act.

This ultimately proved to be true by virtue of the passing the Voting Rights Act and the Civil Rights Act – legislation that was no doubt influenced by the March on Washington, along with the tragic events that followed – the church bombing in Birmingham, the murder of Chaney, Goodman, and Schwerner, and the police violence against the Selma to Montgomery marchers.

Now segue to 2013 and the 50th Anniversary that commemorated the March on Washington and the broader impact of the Civil Rights Movement. First and foremost I am struck by a key difference between 1963 and 2013. None of the speakers on the 1963 program were representatives of the federal or state government. Rather they were leaders of various Civil Rights organizations, organized labor, the church, the synagogue, the widow of a slain Civil Rights worker, and artists (the musicians who performed to the crowd.) In this regard, the 1963 March on Washington epitomized a people’s movement.

This was not the case with the events that unfolded over the past couple of days. Top billing went to President Obama, Bill Clinton, Jimmy Carter, Nancy Pelosi, and Attorney General Eric Holder – all of whom spoke for upwards of thirty minutes. In contrast, other speakers, including Julian Bond (the former Communications Director of SNCC), and the Rev. Jesse Jackson were given two minutes to speak, and their speeches were cut short when they went over their miniscule time limit.

This action – cutting off their speeches – was beyond insulting, yet indicative of a speaker’s list that prioritized those in power to take on the primary role of memorializing history. While Obama and the other politicians made some important points, they simply do not occupy positions that justifies them to speak on behalf of a people’s movement. It is an insult for Clinton – the champion of NAFTA and The Crime Bill – and Obama – the champion of foreign wars, drones, NSA, the Espionage Act, and mass deportations – to articulate the successes and shortcomings of the Civil Rights Movement. Rather, the memory of the movement would have been better served had the speakers list been comprised solely of past and present social justice leaders. In short, it should have excluded all government officials, with the exception of John Lewis, who joined Congress after his time spent in SNCC. One could argue that it was important to have the first African American president in history speak at the Anniversary, but it would have been far more significant to have excluded politicians for it would have emphasized that social justice movements happen from the ground up: they are led by the people and not elected officials.

However, I am likely placing too great emphasis on the speakers list. Far more representational of the spirit of the movement were the people in the crowd and the signs that they held. I am struck by two themes that seemed to dominate the majority of signs: the injustice of the Trayvon Martin case, and the signs that spoke out against the continued mass incarceration of people of color. I am also struck – and highly disturbed – by the signs that were removed from public view. Dave Zirin reported in The Nation that the DC Park Police seized placards that read “Stop Mass Incarceration. Stop the New Jim Crow.” He writes, “When those having their signs seized complained, they were threatened with fines or arrest.” This action by the Park Police is troubling – although sadly indicative of the times that we live in: a country that is starting to resemble a security state. It is also indicative of the shortcomings of a commemoration that prioritized those in power. Those who marched in 1963 deserved better. 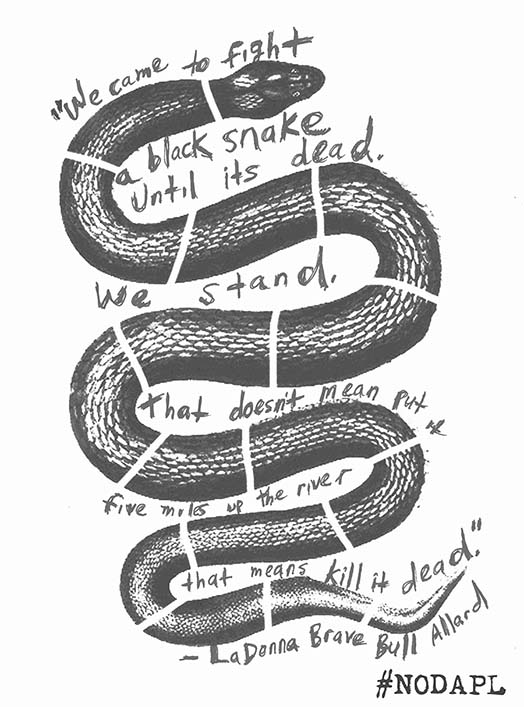