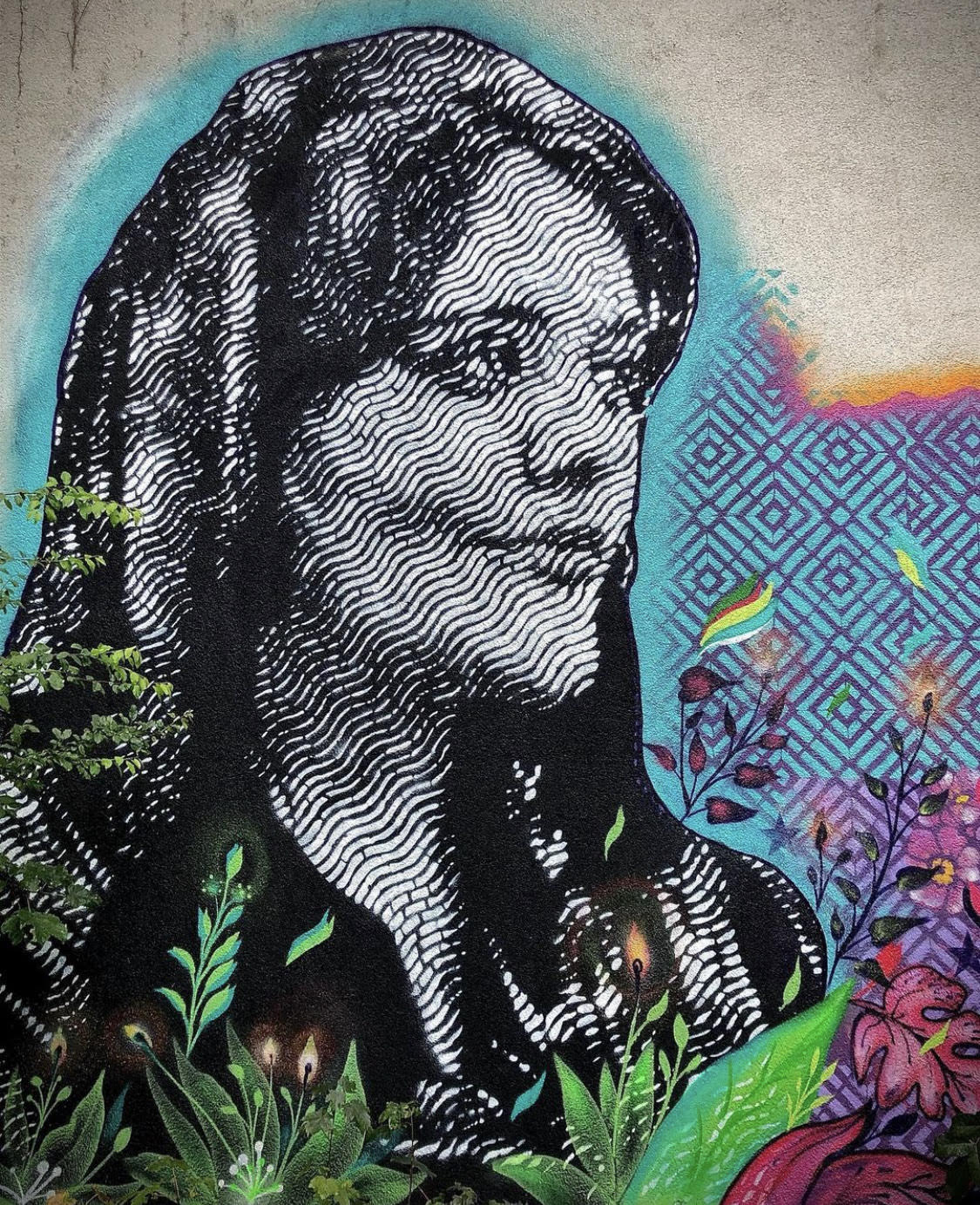 This marks forty days of doomscrolls when I wake up, in between work commitments and before bed trying to find and share updates on what is happening in Iran there is a lot. Checking to see if family members in Iran are still posting, still alive. I can’t encapsulate everything has been going down. There continues to be so much violence and still much fearless hope still managing to find its way to the masses through social media outlets. Nationwide censorship in Iran is still so evident. Even reports of officers storming into people’s homes and stealing their phones so they can’t share out any further information is happening.

Using my own filter, here are some updates I have found or that have been shared with me that might not have reached more popular news outlets. And for the sake of my emotional energy, I am not going to revisit and share out individual stories of sexual and physical violence taking place. (If you want numbers like some awful sporting match you can follow @en.hrana’s “Iran Protest 2022 – Daily Update” with the number of people killed, arrested and death toll.)

For the sake of movement making, recent videos have been circulating online of students at Qom University students chanting “You killed our professors and replaced them with mullahs. WOMAN! LIFE! FREEDOM!” when a spokesman from the regime came to give a speech. Qom is one of the more conservative cities in Iran. (via @gisellebasiri and @alipirhadi.oficial posted on October 25, 2002)

Teachers and coaches have also been filmed joining students in the street as part of a nationwide teachers’ strike because they know their students are being targeted and killed.

Strikes by workers were pivotal in the last Iranian Revolution. Though workers can be offered bribes, in these more rural locations the punishment could be death. Worker Strikes have happened at the following locations (via @nicolenajafi posted on October 18, 2022):

There are also demands to remove Iran from the United Nations Commission on the Status of Women (CSW) as they continue their crimes and human rights violations against women. You can sign the petition at www.womanlifefreedom.today

On a more joyous note are the circulations of women dancing in the streets, with or without their hair covered. The act of deviance is resistance to such laws that have been created under the current regime which include but not limited to (from @persianwithpurpose posted on October 4th):

Even with the massive protests that happened last weekend in LA, Washington D.C. and Berlin where hundreds of thousands of people took to the streets in support of the people’s uprising in Iran they still may not be gaining the same news coverage as they deserve. @quirkypenstudio shared a good reminder as there are Iranians demanding more sanctions and harsher punishments to the regime that these protests are not asking for foreign intervention. She posted,

“Iranians are FULLY capable of being their own saviours. NEVER mistake our protests in our homeland or in diaspora as begging for Western intervention. BUT in the chance these imperialist powers decide they do have a conscience, what they CAN/MUST do is the following: REMOVE sanctions & impose TARGETED sanctions and bans on the Regime leaders.”

Any nationwide sanction will continue to hinder the people’s movement. The last slide is a snapshot of @freiresdaughter’s tweet response to Secretary Antony Blinken’s “Mahsa Amini should be alive today. Instead, the United States and the Iranian people mourn her…” tweet with the response “your country has literally banned medical equipment from entering Iran for 20 years now. aren’t sanctions as a form of subjugation too? how many iranian women died bc they didn’t access healthcare?”

And for the sake of art and international solidarity, red strips of cloth with Mahsa Amini were dropped in the Guggenheim Museum on October 22nd getting a lot of attention. In Los Angeles, a mural was painted of Mahsa Amini by @cloehakakian and @1goodhombre located at 7753 Melrose Ave. @cloehakakian posted:

“ I am absolutely blown away by the strength & support of our community. THANK YOU to everyone who has helped us create this mural & bring awareness to this WOMAN LED revolution. I have never been more proud to be an IRANIAN WOMAN! And most importantly – to the brave girls in Iran, WE SEE YOU & WE ARE WITH YOU. No woman is free until ALL women are free”. (from October 11, 2022)

For more art in solidarity to fuel this new Iranian revolution please check out:

Continuing sharing in support of the people of Iran fighting for their freedom from this oppressive regime. The people will not turn back, as one of my relatives in Iran wrote in a brief message,

“There’s no alternative, that’s our only choice [to be strong, patient and hopeful].”

Thanks good job you do
⚘ 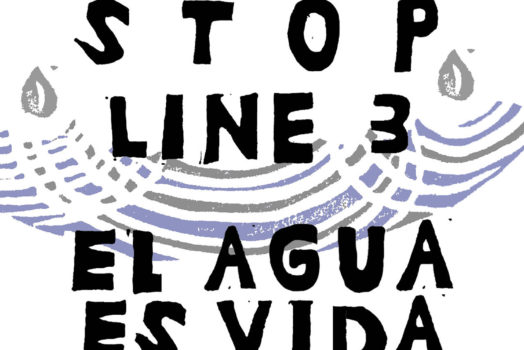 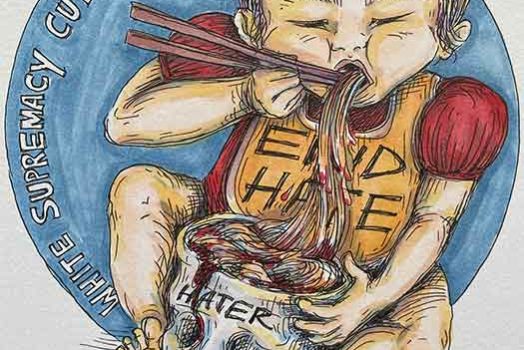 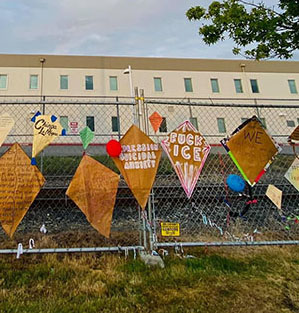 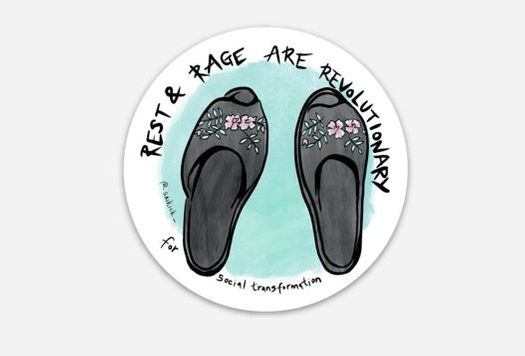 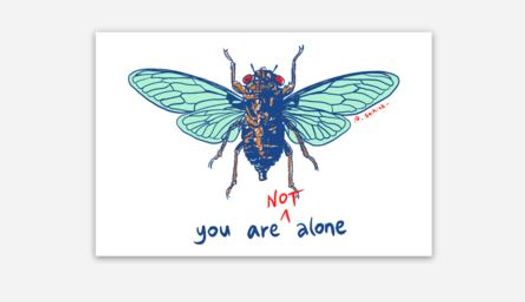 You Are Not Alone Sticker 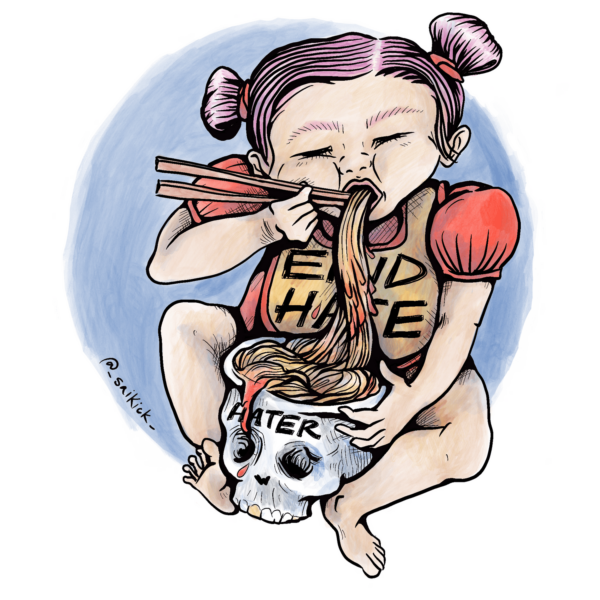