For the past 3 years I’ve been working on an artist book about the red flag, and in particular the song of the same name, written by Jim Connell during the London Dock Strike of 1889. Like “L’Internationale” and “Bella Caio,” it is one of the most enduring working class anthems, and has been brought into the present by political pop artists like Billy Bragg and Robert Wyatt. Over years of collecting political music, not only have I found many renditions of the song, but hundreds of record covers that feature red flags. For this book, I’ve assembled 26 of those record covers, but removed all of the information from them except the red flags, and then cut those flags out, creating delicate white stencil pages which overlay on screenprinted red pages. The turning of the pages creates an interplay between red and white, but also generates an evolving shadow play of moving flags. To “read” the book is meditative, each page of flags is unique, but also flat and repetitive. Overall the book becomes a contemplation of what it means to keep up the struggle for human liberation and dignity.

The pages were screenprinted by Jesse Purcell at Repetitive Press in Toronto; hand cut, written on, and assembled by me; and the final books bound by Sophia Kramer at White Iris Books in New York City. The edition is 15 books, available for sale through Booklyn Artists Alliance. 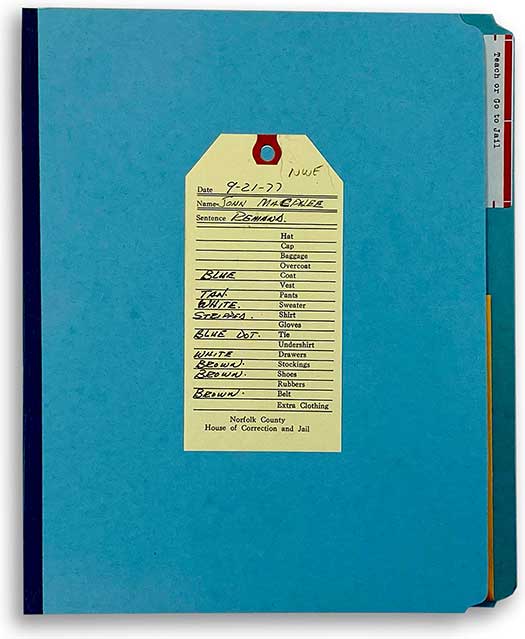 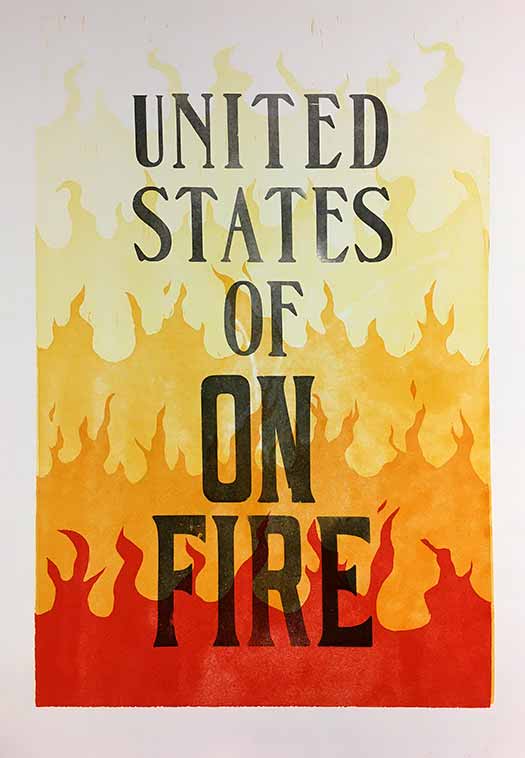