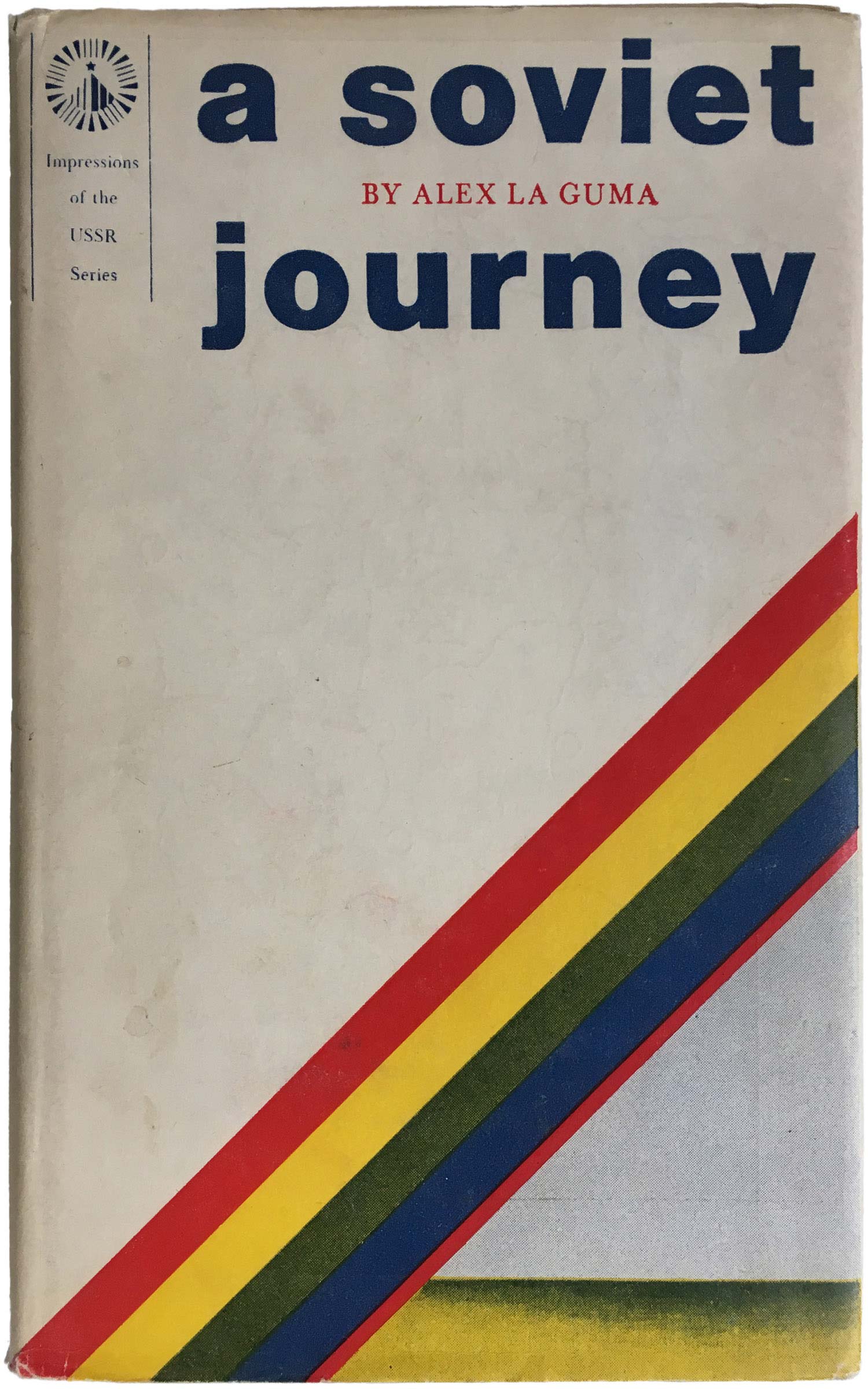 I picked up this book in Portland, OR a couple years back. I’ve been an Alex La Guma fan since reading his slow-burning yet mesmerizing anti-apartheid struggle novel, In the Fog of Seasons End—and all his other novels and short stories are well worth reading. La Guma, colored from Cape Town’s District Six, was a key operative in early anti-apartheid work as well as a writer, and after a stint in prison in the mid-60s he went into exile from South Africa for the rest of his life. He spent most of the rest of his life in Cuba, but kicked around the rest of the Communist world for a but. This strange book appears to document one period of that. Put out by Progress Publishers in Moscow in 1978, it’s a travel diary of La Guma’s trip down the Western coast of the USSR.

A Soviet Journey is part of a series published throughout the 70s and 80s by Progress called “Impressions of the USSR.” This is by far the most handsome volume I’ve seen, the others mostly having garish covers featuring montages of over saturated photos and typographical chaos. In contrast, this book is stylish, handsome, and reserved. The rainbow stripes are both abstract, but create a sense of movement—appropriate for a travel book. Most impressively, the dust jacked unfolds with an additional flap, and is printed inside and out, holding an immense amount of information in text, maps, photos, and giant pull quotes. I’ve actually never seen anything else like it.

After a beautiful blue-line splash page, the initial 2/3rds of the book is standard black text on white, but the final 3rd is a really nice collection of bluetone photos. While La Guma’s text is relatively complex and savvy, the photos fall into pretty straight Soviet propaganda, which near cliché images of military parades, “Young Pioneers”, and oil workers. Printing the photos in blue is a simple conceit, but it’s really effective in giving the book a real above-and-beyond feel. 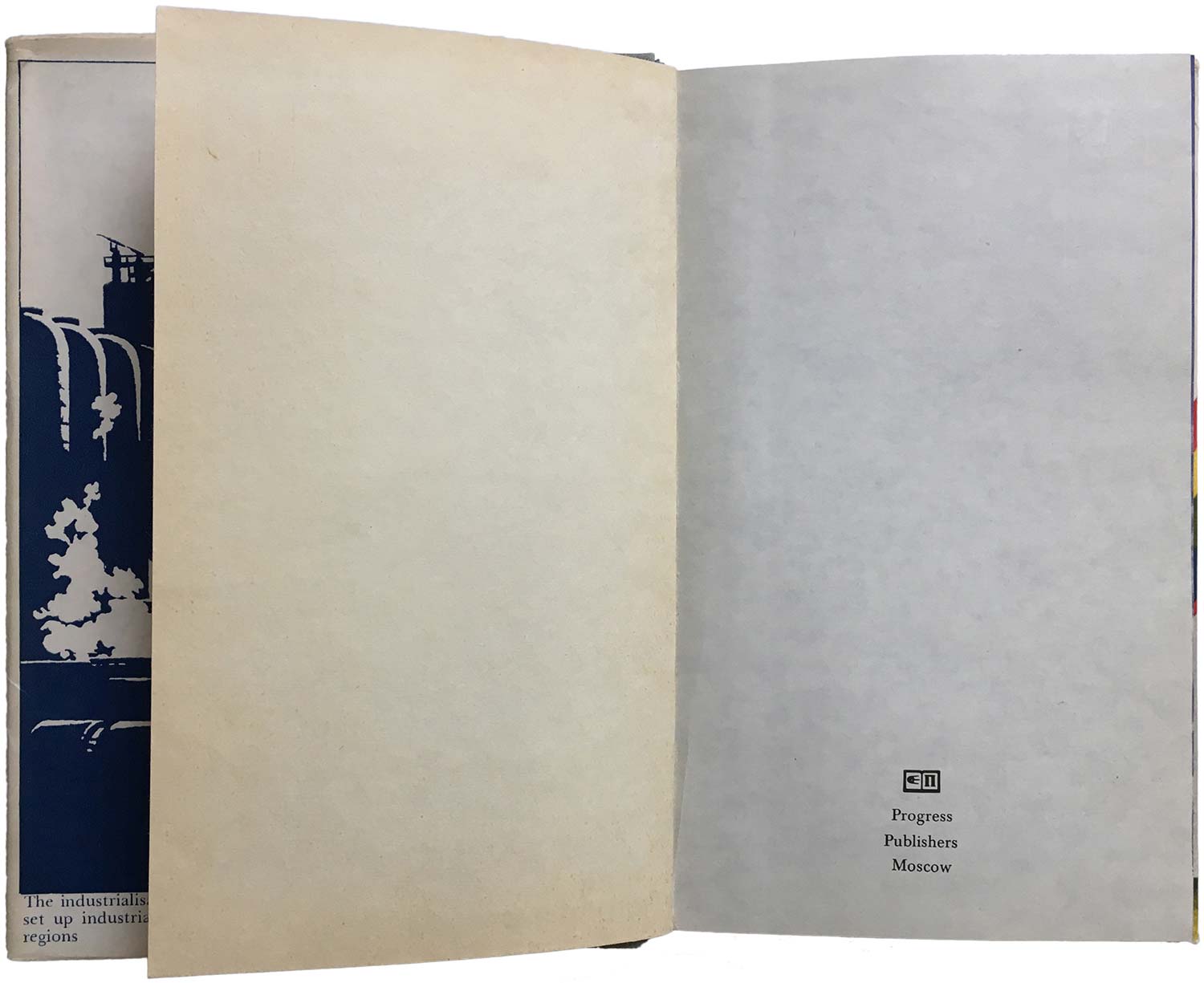 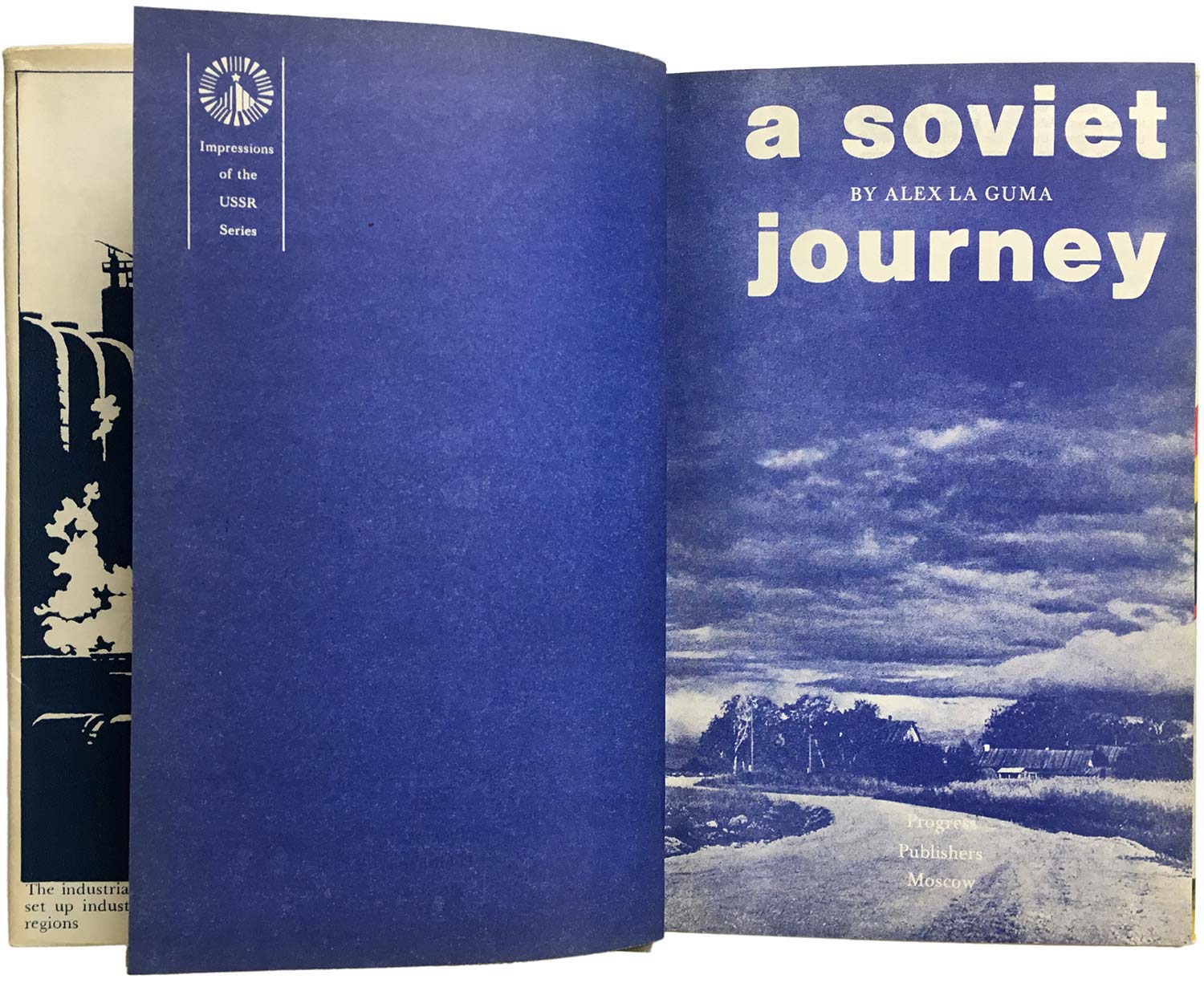 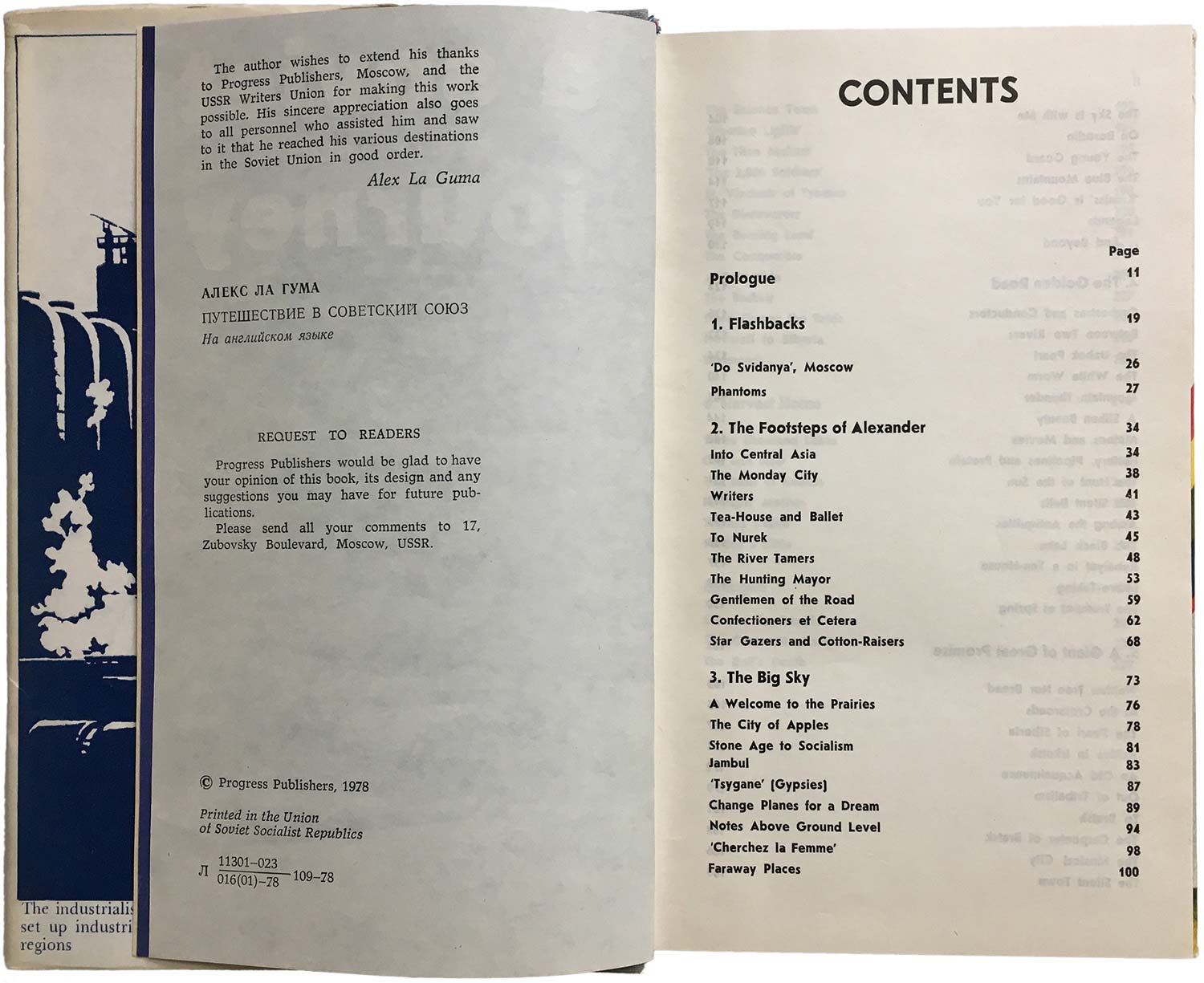 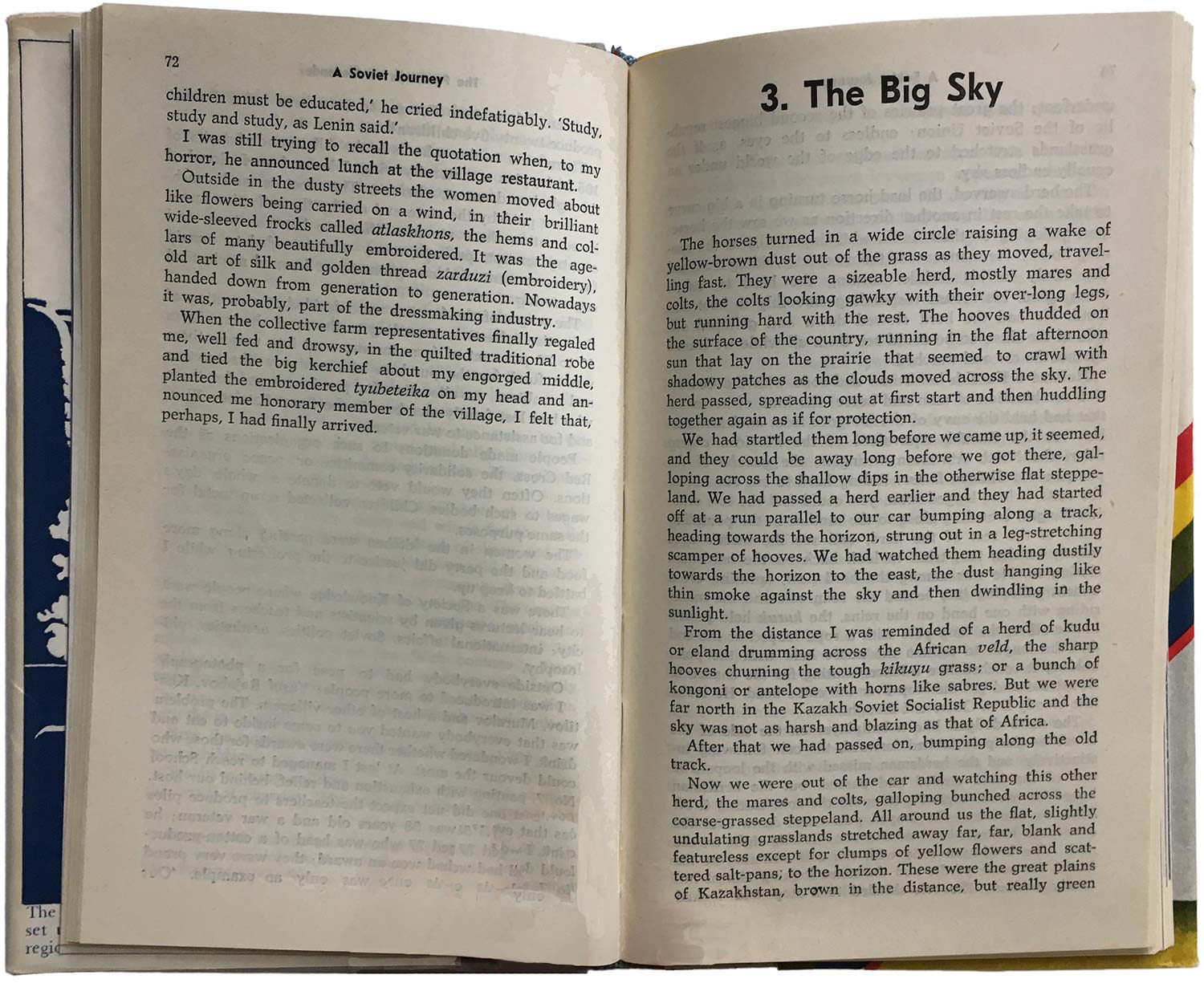 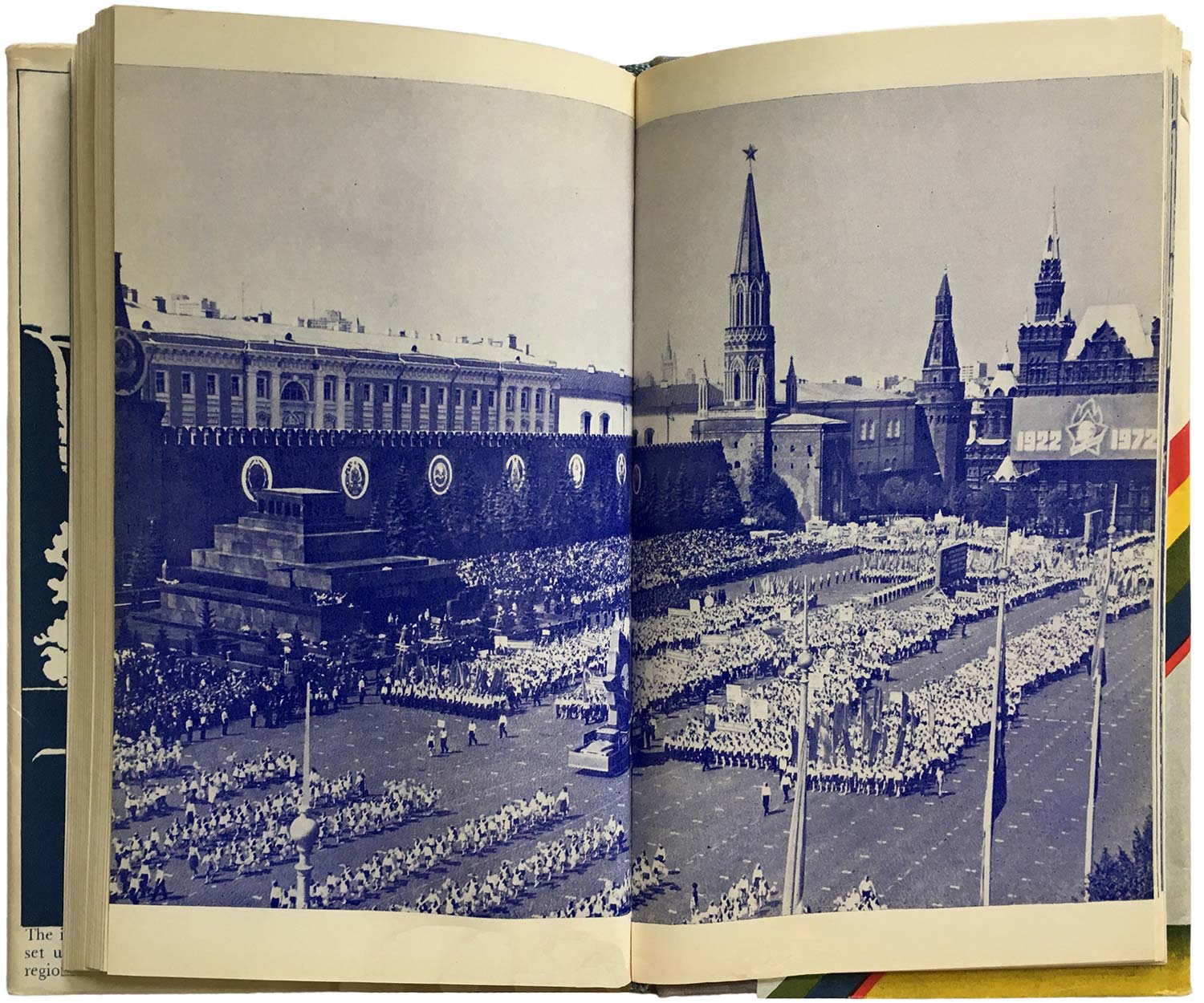 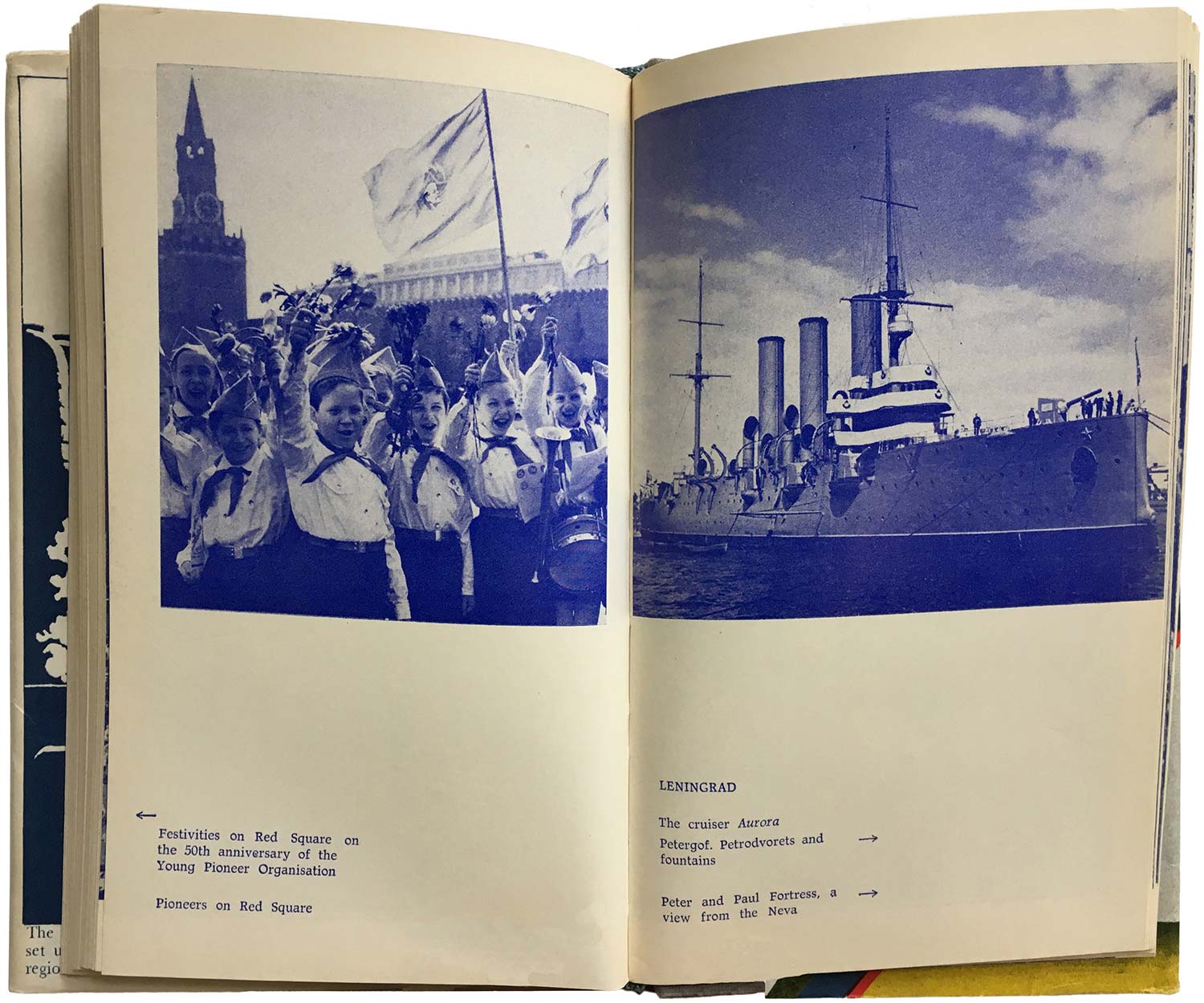 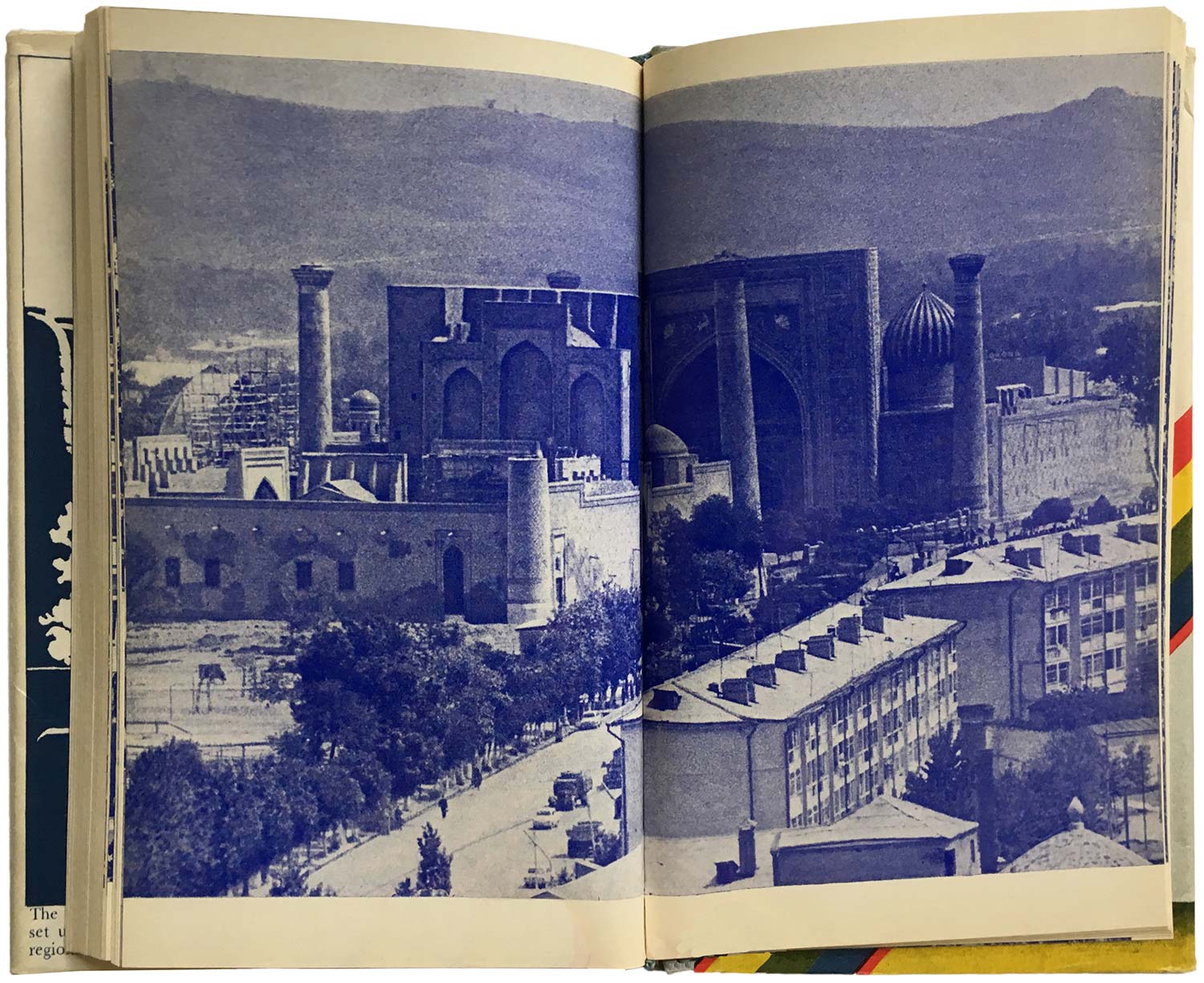 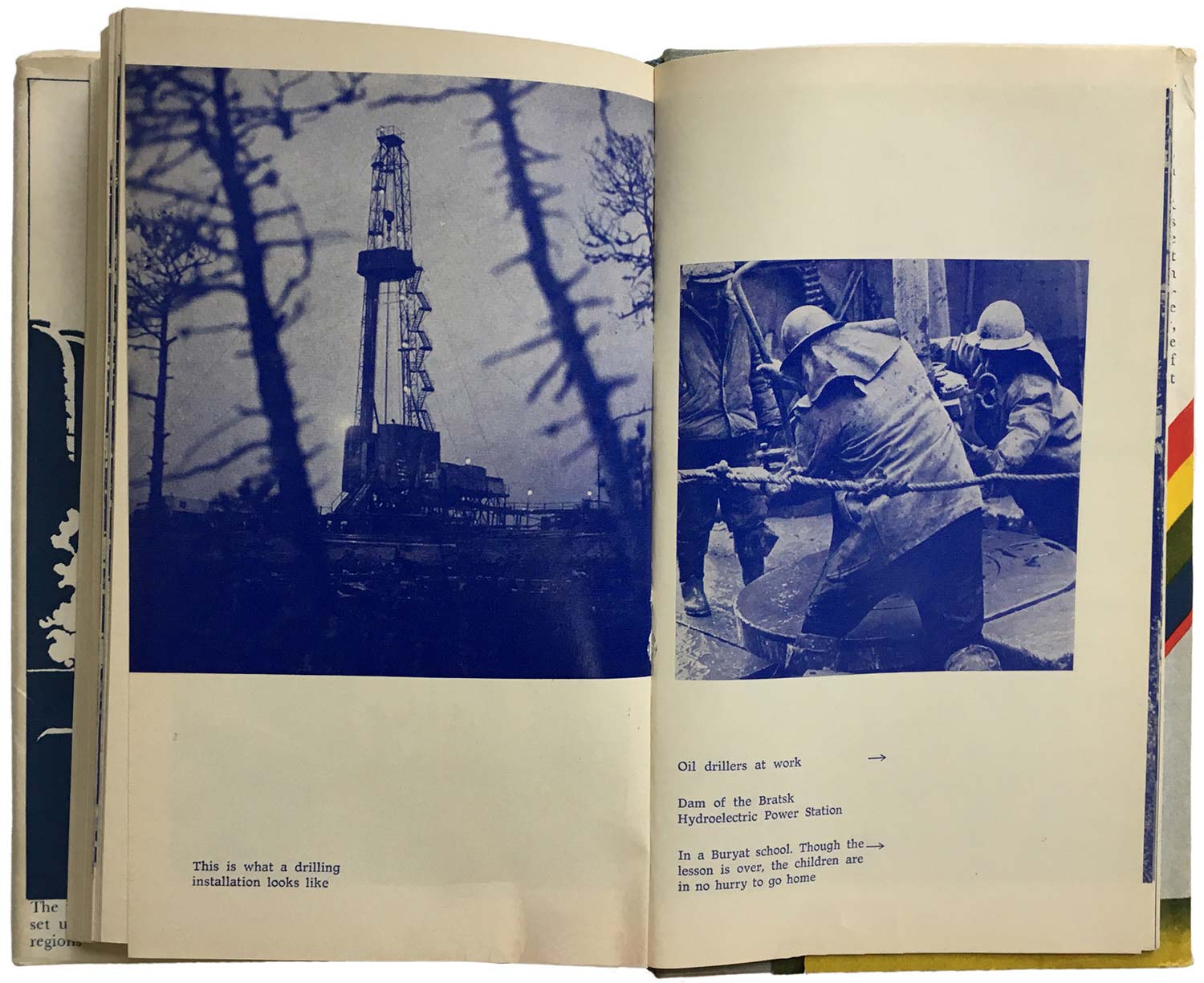 Thanks for writing this.
It’s great to know that people here and there are still finding and reading Alex La Guma.
This edition is indeed handsomely published.
Time of the Butcherbird is excellent as well – probably you’ve read it?
And though I’m sure you’re aware of it already the Heinemann’s African Writers Series has so many great titles, the old paperbacks are fun to collect.
Send me an email at ehehrichie@yahoo.com if you’d like to talk more about books!