The fourteenth Endangered Species mural is finished! This one is located in the Laurel District of Oakland, CA, and is a little different in theme and execution form the other murals in the series. First off- it’s not one mural, but four. And secondly, it features a species that is not just endangered, but extinct (at least in California).

The California Grizzly Bear appears on the state’s flag, but is missing from the territory. White settlers had eliminated these enormous predators from the lands initially appropriated by the Spanish by the mid 1920’s. There’s still plenty of grizzly habitat- mostly in the high Sierras- but the bears themselves used to roam from coast to crag. That’s a good reminder that a lot of the species that we think of as mountain species, and species of the far hinterlands, are thought of that way only because that’s where this society hasn’t yet managed to kill them off. This epic absence inspired the concept of the mural- the bear-shaped holes in California.

These murals were created by myself and Fernando Rush Santos (of @BeastOakland), with a small crew of youth helpers from the Laurel neighborhood. This is part of the ongoing Endangered Species Mural Project, which you can see more about here.

I also got really really into painting planets. 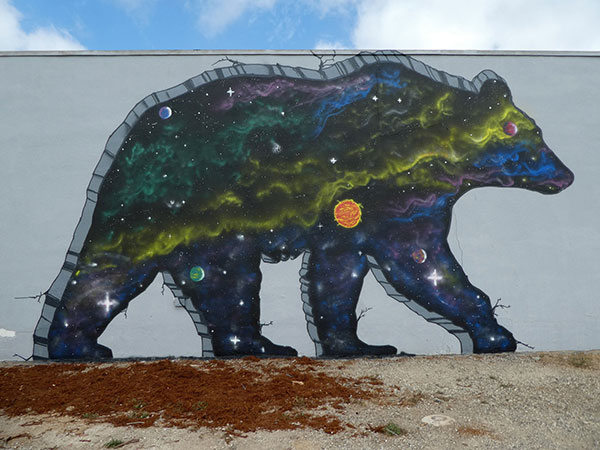 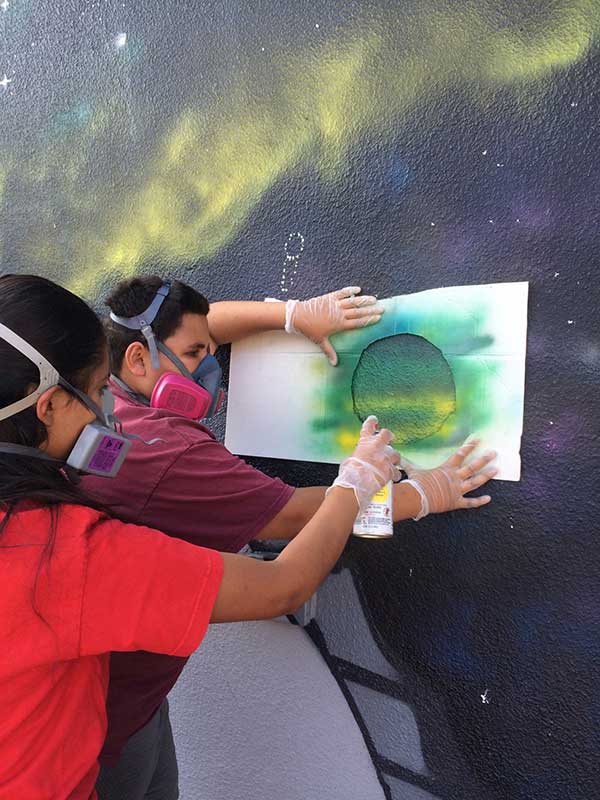 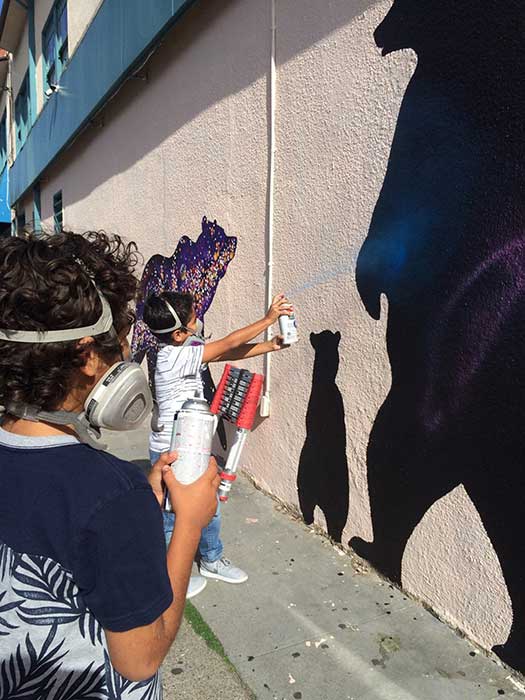 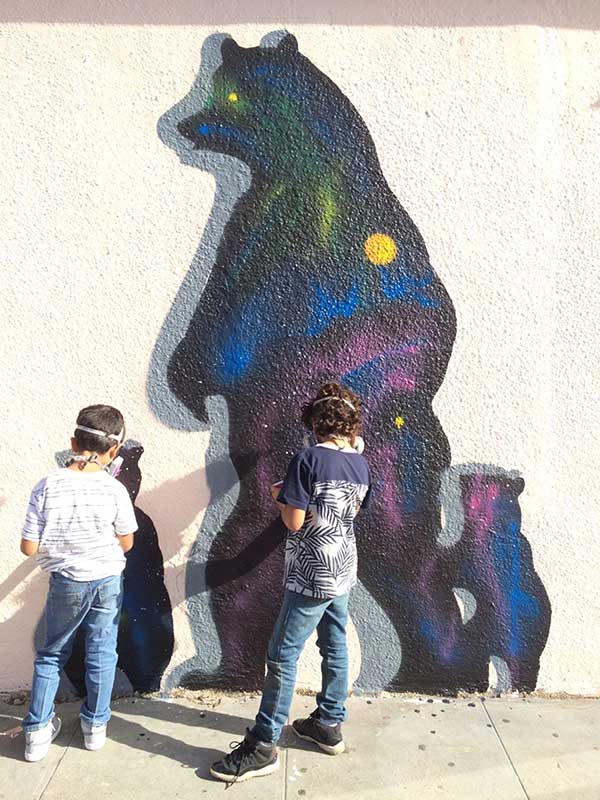 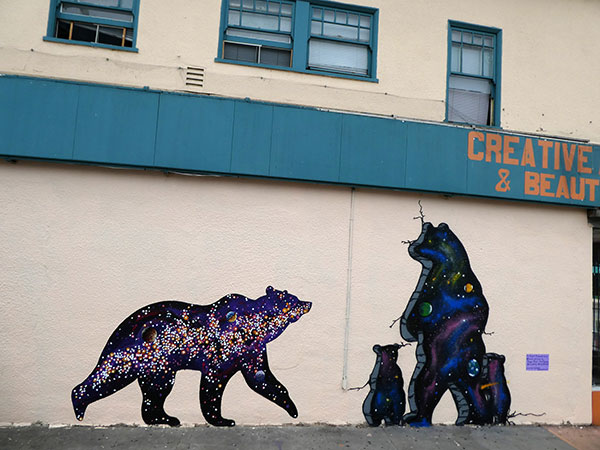 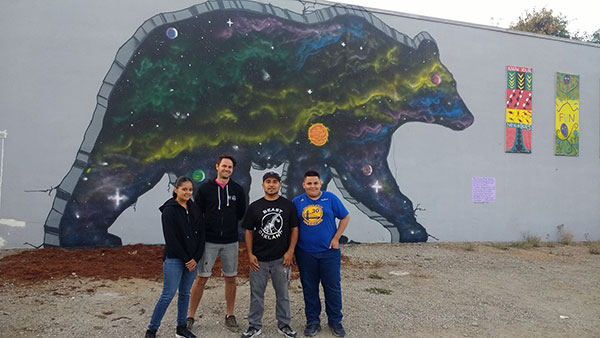 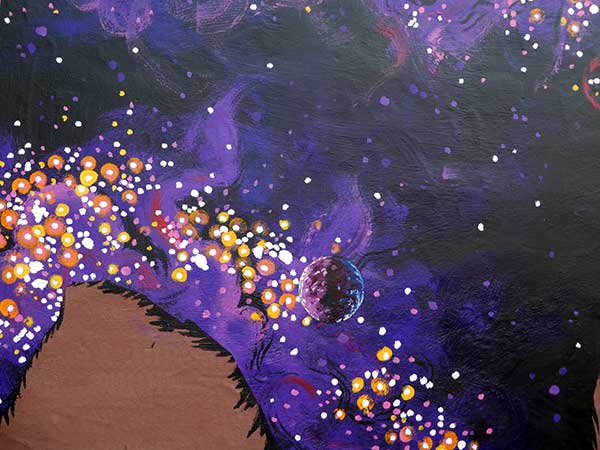 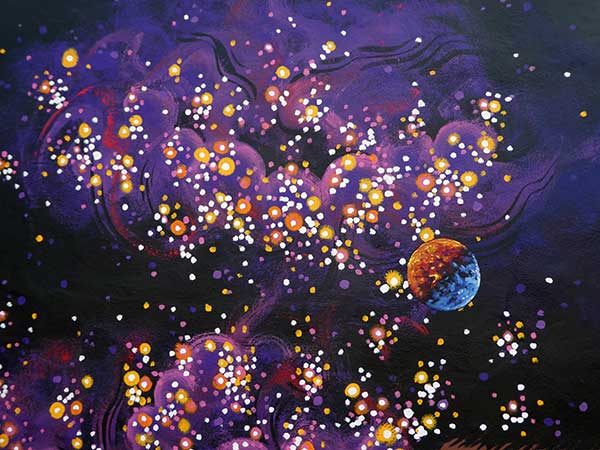 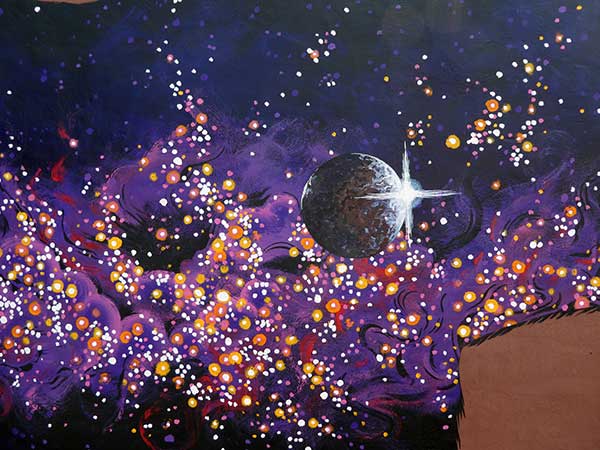 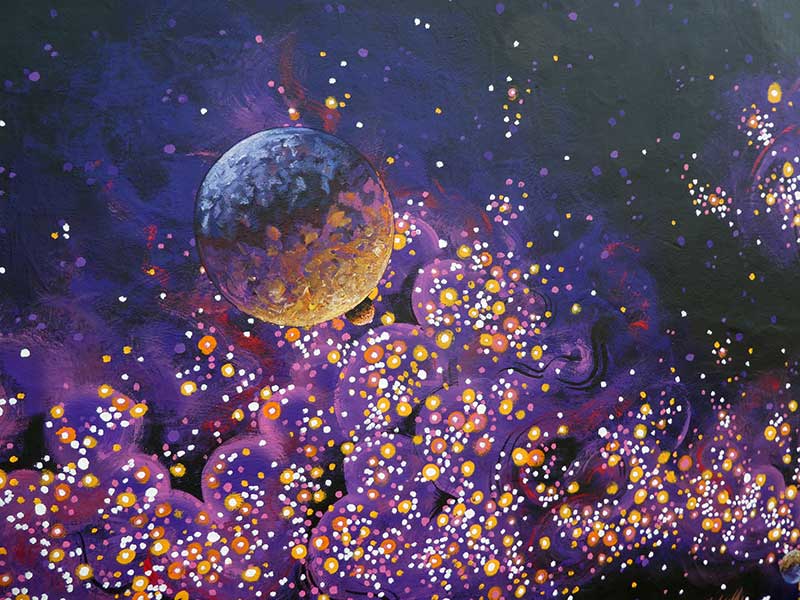 I dont see the big bear only the 2 smaller ones. Where is it?

King St. Pharmacy and across the street at the brewpub. 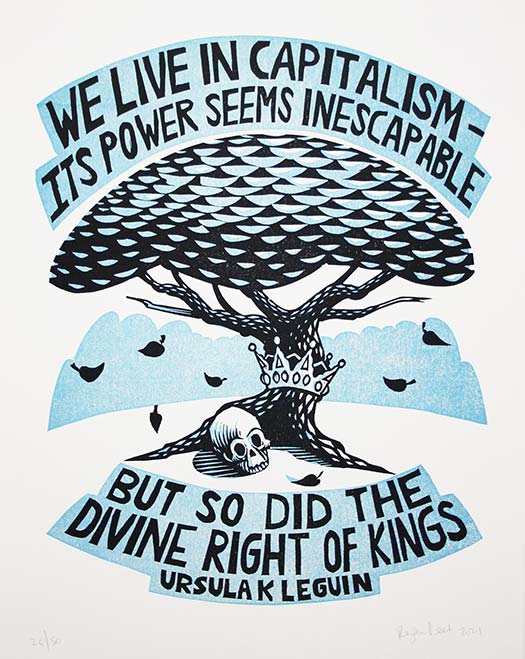 The Divine Right of Kings 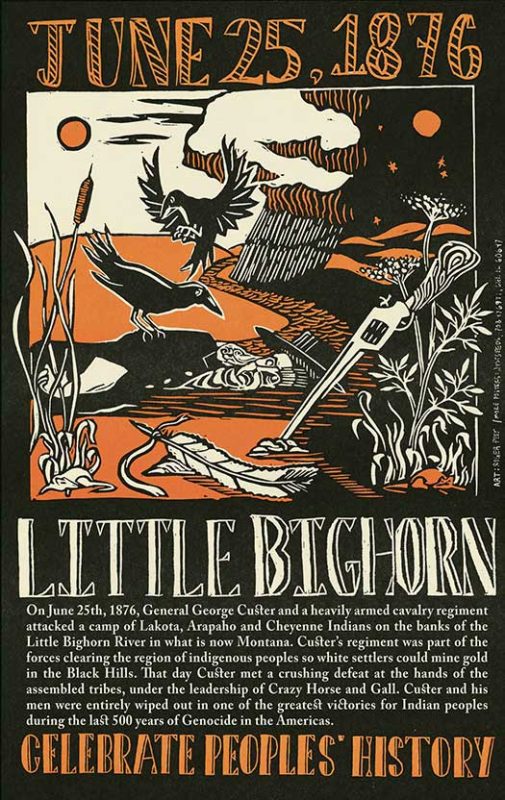