For many political graphic artists, illustrators, and printmakers, the work of Frans Masereel is a huge inspiration. He pioneered the “novel without words”, books consisting solely of his woodcuts, a predecessor of the graphic novel which has influenced artists such as Clifford Harper and Eric Drooker.
One of his earliest novels The Idea depicts a writer who summons forth an idea manifested in the form of a nude woman springing from his head. She escapes into the world, challenging the social order and inciting passionate action.
I stumbled onto an animated adaptation of The Idea, which is absolutely phenomenal, directed by the visionary animator Berthold Bartosch.

Here’s info about the film reposted from ineedartandcoffee

In 1932, Masereel’s publisher Kurt Wolff commissioned Czechoslovakian animator Berthold Bartosch to create an animated version of The Idea. Bartosch came to the project with sterling credentials, having collaborated with animator Lotte Reiniger on the world’s oldest surviving animated feature film The Adventures of Prince Achmed in 1926. It was Bartosch who created most of the brilliant atmospheric effects on Achmed, and he outdid himself on The Idea.

Bartosch invented an elaborate, ingenious system for animating The Idea, using jointed cardboard characters for the figures, and photographing them through moving panes of glass, on which were superimposed various levels of scenery, much like a moving stage play. He tinted the glass with black ink washes and soap, lighting them from below, giving the scenes an otherworldly glow. The soaped areas read on film as iridescent light, increasing the poetic ambience of the images. In all, Bartosch worked for two years, animating approximately 45,000 frames for The Idea by himself.
Another notable feature of the film was its score, created by Swiss composer Arthur Honegger, who used an electronic instrument called an ondes Martenot, invented in 1928, the sound of which was very similar to the later Theremin. This is believed to be the first use of an electronic instrument in a film score. Honegger’s music intensified the film’s haunting quality, and the ondes Martenot provided the music with a lilting, modern edge.
Bartosch’s film is a milestone in animation history, both in the innovation of its technique, and in the poetry that Bartosch achieved on film. Upon its release, his colleague Alexander Alexieiff called The Idea “the first serious, poetic, tragic work in animation.” Bartosch went on to produce his animated magnum opus, an antiwar film entitled either Cosmos or Nightmare and Dreams, depending on the source one reads. The Nazis destroyed the copy of the film that Barthold deposited at the Cinematique Francaise, and tragically, no other copies exist…
The text at the beginning reads:
“Men live and die for an idea,
But the idea is immortal.
You can persecute it, judge it, forbid it, condemn it to death,
But the idea continues to live in the minds of men….
He whom it penetrates no longer feels isolated,
For above all the idea remains…..” 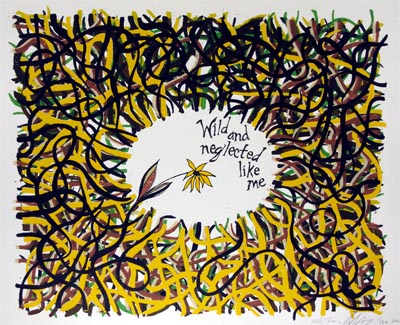