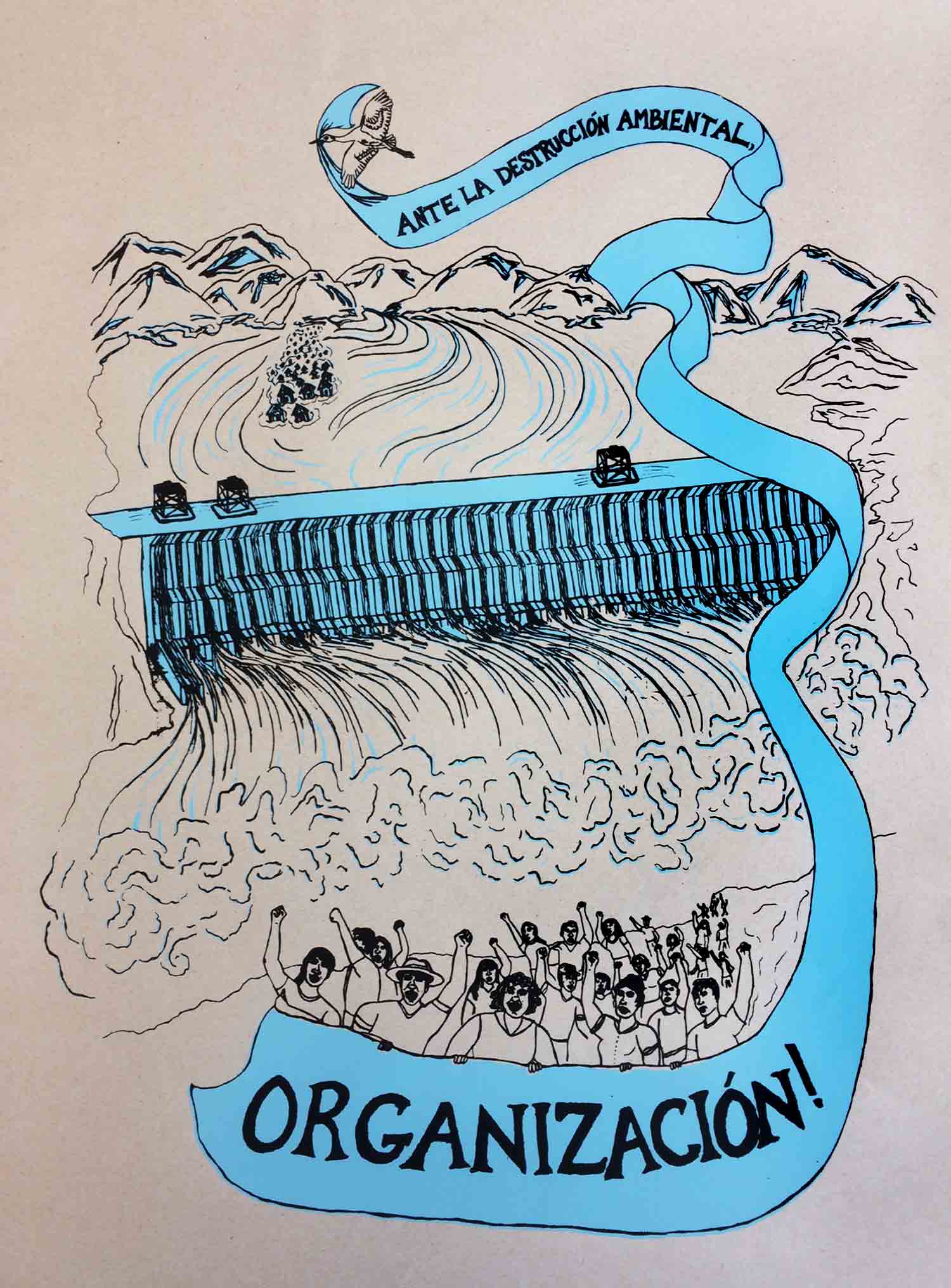 These are remainders from the graphic mobilization and urban wheat-pasting initiative surrounding the United Nations Climate Change Conference in Cancun, Mexico. Printed in 2010, the posters are newly available, however not in pristine shape (some bent edges).

This print was made for the Justseeds portfolio Resourced, and now also appears in the Wellspring portfolio. There is a major resurgence of mega-dam building worldwide as hydropower is green washed as a source of cheap, renewable, clean energy. Dams have innumerable negative effects. The process of flooding the land for dam construction has caused the extinction of numerous species of plants and animals, destroying their habitats and inhibiting migration. Millions of people have been displaced worldwide, and protests have been met with murder, imprisonment, and repression. Further destruction results as people are forced to clear cut forests to build new homes and create arable land, inviting in the logging industry. Environmental impacts include the erosion of riverbeds, increase of carbon gases due to eroding organic matter in the water, high levels of toxins, sewage, and industrial chemicals resulting from the inability of the river to flush pollutants, diversion of the river flow results in desertification and lower sea levels, earthquakes occur due to tons of water piled on faults, as well as the disruption of the natural flood/drought cycle. The resulting change in weather patterns ironically would make these damns obsolete. Dams only serve the interests of corporations and industries whose corrupt practices have devastating impact on ecosystems and human life.